Iran's national soccer team is not only causing a sporting but also political sensation at the soccer World Cup in Qatar. 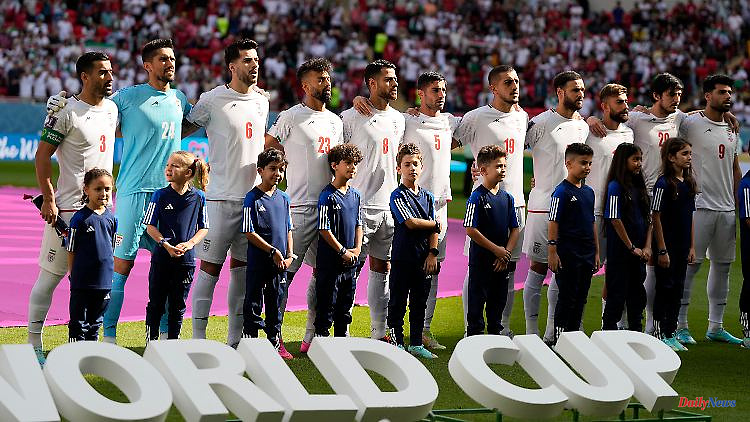 Iran's national soccer team is not only causing a sporting but also political sensation at the soccer World Cup in Qatar. Because the athletes don't sing the national anthem at the start, they are being blackmailed by the regime in Tehran. Their families are used as leverage.

The Iranian national soccer team is under extreme political pressure at the World Cup in Qatar. Their families are said to have been threatened with torture and jail if the players failed to "behave" ahead of Tuesday's third group game against nemesis USA. This is reported by CNN, citing a source concerned with the security of the games.

In the opening game against England last week, the Iranians were silent during their national anthem. This was taken as support for the protesters in their home country, who are fighting for peace and rebelling against the totalitarian regime. They were then called to a meeting with the Iranian Revolutionary Guard Corps (IRGC), the armed forces' elite unit. These are classified by the USA as a terrorist organization and aim to prevent "deviant movements" abroad. According to the CNN source, the national team was told that their families would face "violence and torture" if they did not sing the national anthem or participate in other political protests against the regime. In the second game against Wales, which Iran won 2-0, the players sang along to the anthem before kick-off, sometimes with their eyes closed, which again was seen as a slight rebellion.

According to the report, dozens of IRGC officers are deployed in Qatar to monitor players. They are forbidden to move outside the team or meet with foreigners. Also coach Carlos Queiroz, who is Portuguese, is said to have had a separate meeting with the IRGC. There is no official information about the conversation. Queiroz had explained that his team members could speak out, but only within the framework of FIFA regulations - according to which political statements are not allowed.

According to the source, the players were initially promised "gifts and cars", but when they continued to refuse to sing the anthem, the regime moved on to threatening consequences for the families. The protests, which the internationals initially joined symbolically, were triggered by the death of 22-year-old Mahsa Amini in police custody. She was arrested for allegedly not following the country's conservative dress code.

The protests reach as far as Qatar, where spectators keep trying to show posters or flags on the stands of the stadiums. These are collected very restrictively by security forces. The source told CNN that hundreds of actors were in the stadium during the Wales game "to create a false sense of support and favor among the fans. For the next game against the USA, the regime plans to increase the number of actors to increase significantly into the thousands." The protesters are apparently also to be suppressed in this way. 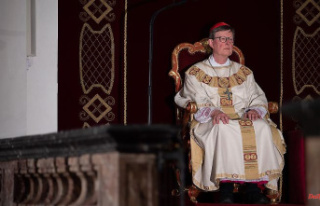