Return of crowds did little to boost home advantage in NFL

The cheering fans returned to NFL stadiums this season, forcing road teams into silent counts and other coping mechanisms to deal with the noise. 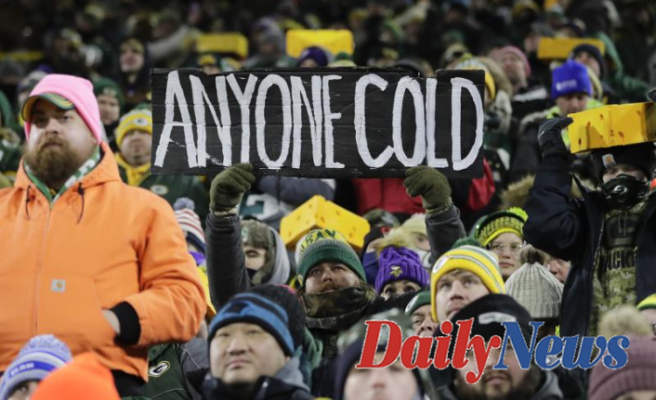 The home-field advantage that could be expected over road teams that have to deal with travel, time zone changes on occasion, and the din from the loud crowds has once again been missing.

A trend that began the year before the pandemic and continued last season when games were played in mostly empty stadiums has been evident once again in the 2021 season.

“I think really winning on the road is not as big of a challenge in my opinion as it was probably 10, 15 years ago,” Dallas coach Mike McCarthy said.

McCarthy pointed to quarterbacks’ comfort from college in using the no-huddle offense and calling the plays at the line of scrimmage to more visiting fans traveling to games among the factors leading to the change.

“I think that the home field is something that is definitely still a benefit but I think the statistics would support that the challenge of winning on the road, I think teams do a better job of it in today’s game,” he said.
The league was on track for a second straight losing season at home before home teams went 21-11 the past two weeks.

Before a key Week 16 home win against Denver, Raiders interim coach Rich Bisaccia joked that he might take the team out of town before the game because Las Vegas had more success on the road than at home.

The Raiders won that game and got a boost from the crowd, but still are just 6-10 in two seasons at fancy new Allegiant Stadium in Las Vegas compared to 11-5 on the road in that same span.

Now they likely need another win at home on Sunday night against the Chargers to clinch a playoff spot.

“We get Raider Nation coming in here. They call them crazy Raider fans; we can’t get enough of them,” Bisaccia said. “We want every one of them and we want them to be loud. Hopefully it’s a ‘black out’ come Sunday night.”

The Raiders are just one of several potential playoff teams that have struggled winning at home this season. The Patriots posted their first losing record in 20 seasons at Gillette Stadium, the Saints have gone 2-5 at the Superdome for their worst mark since 1996, and the Cardinals are taking a 3-4 home record and 8-1 road mark into their season finale.

While home field used to traditionally be worth about three points and was reflected that way on betting lines, that has dropped in recent years to just under two points. But that change is a far smaller factor on betting lines than injuries, weather, or in recent weeks outbreaks of COVID-19.

“I would say we’re aware of it, but it really doesn’t play into how we’re going to open the line,” said Adam Burns, the Sportsbook Manager at the Internet gambling company BetOnline.

That wasn’t the case in 2020 when scoring was even and road teams fared slightly better in passing efficiency.

The success of road teams last season carried over to the playoffs when Tampa Bay went into Washington, New Orleans and Green Bay in successive weeks and won to become the fifth team in history to win three road games to make it to the Super Bowl.

But the Buccaneers didn’t have to contend with loud crowds in any of those games with Washington having no fans and New Orleans and Green Bay each having fewer than 8,000 in attendance.

The Bucs then became the first team to win the Super Bowl on their home field when they beat Kansas City in a partially filled stadium.

Getting there on a road path won’t be as easy for teams this year. The Titans are in position to seize home-field advantage in the AFC after going 7-2 at home, while the Packers have once again clinched the top spot in the NFC thanks in part to a perfect 8-0 mark at Lambeau Field.

“It’s a different ballgame when it’s cold at home and we’ve handled the cold pretty well over the years,” quarterback Aaron Rodgers said. “So that’s what we’re hoping for in the playoffs.”

1 Turkish, Armenian envoys to meet in Moscow on Jan... 2 North Korea fires ballistic missile, in 1st test in... 3 France allows COVID-19-infected doctors to continue... 4 US pushes unity on Ukraine ahead of key Russia meetings 5 In Israel, omicron drives records, zigzag policy,... 6 The fascinating story of Petronila, the queen that... 7 Moncloa resigns himself to keep Alberto Garzón, who... 8 The meat industry asks for explanations to Sánchez... 9 Rain of chips at the CES 10 Overwhelming unanimity against Garzón: ranchers,... 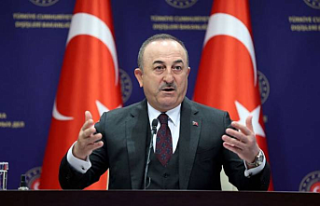 Turkish, Armenian envoys to meet in Moscow on Jan...