Reunion with ex-coach: Mario Götze is planning a change in Portugal

After two years in the Netherlands, Mario Götze is likely to leave PSV Eindhoven. 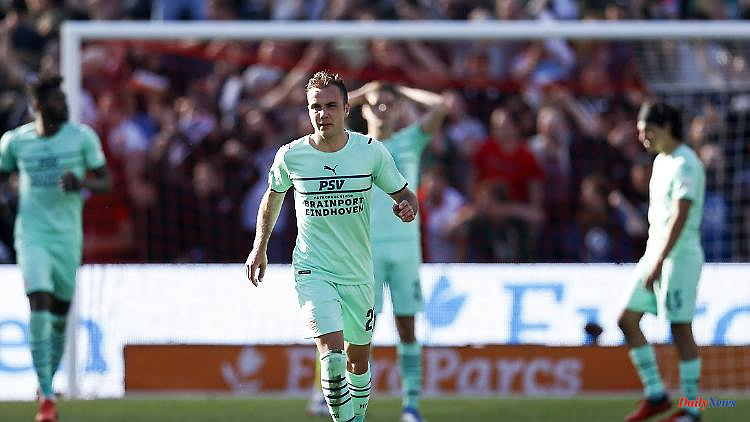 After two years in the Netherlands, Mario Götze is likely to leave PSV Eindhoven. According to a report, the ex-international joins Portuguese giants Benfica. Two factors should play a major role in the change.

For Mario Götze it's off to Portugal. According to a report in the newspaper "Record", the ex-BVB professional is moving from PSV Eindhoven to Benfica Lisbon and should be presented on Monday. An exit clause of four million euros makes the quick transfer possible at all. The 20-year-old switched to the Dutch first division club on a free transfer two years ago.

With this, Götze meets two old acquaintances. Former PSV coach Roger Schmidt was announced a few weeks ago as the new coach of the capital club, national player Julian Weigl still knows Götze from times together at Borussia Dortmund.

According to the report, the coach's decision to pro Schmidt had a strong influence on the midfielder's decision. The biggest problem, however, was the salary of the 2014 world champion, but that too has now been agreed, the newspaper writes. After his move, Götze should be one of the top earners in the "Adler".

In Eindhoven, Götze still had a contract until 2024, but the low release clause and the German's excellent season called several top clubs onto the scene. Both Conference League winners AS Roma and Italian champions AC Milan are said to have recently expressed their interest. In the past season, Götze was one of the all-time favorites at PSV, played 52 games and was involved in 23 goals. With the Eredivisie club he won two titles this season with the Dutch Cup and the Supercup.

1 Oldenburg's problem with league three: the promoted... 2 North Rhine-Westphalia: Ring does not come off the... 3 Baden-Württemberg: Mannheim women lose the final 4 La Coucourde. Drome: A sailboat that is stuck in the... 5 Asia. Covid-19: Beijing lifts restrictions and escapes... 6 Video / Motorcycle. Nakagami rides Bagnaia's... 7 Roland Garros. Nadal "will fight on" 8 Hesse: Second victory for show jumper Cian O'Connor... 9 Gun attacks in the US: Six dead and many injured in... 10 Bavaria: Ducklings in a cardboard box in the car:... 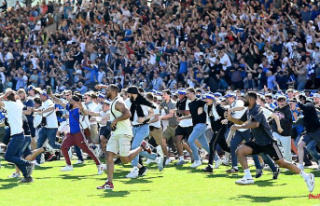