Even without Anthony Modeste, who switched to BVB, 1. 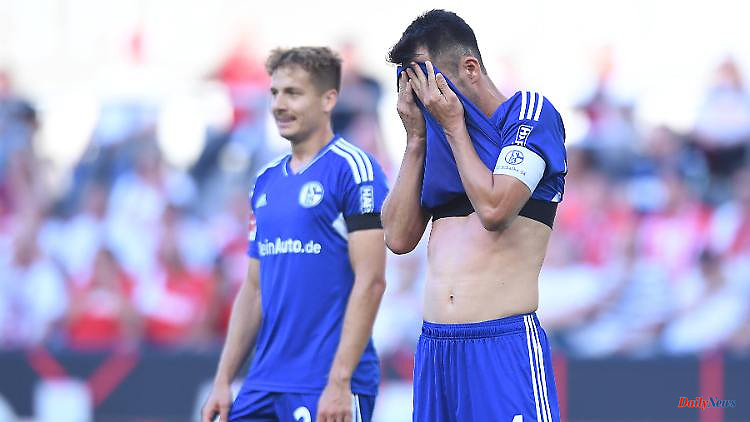 Even without Anthony Modeste, who switched to BVB, 1. FC Köln easily defeated promoted Schalke 04. After the red card for an ex-Cologne player, the royal blues have to play outnumbered for almost an hour and also have VAR bad luck.

Schalke 04 failed to return to the Bundesliga after 442 days and suffered a setback right at the start of the season. The team coached by Frank Kramer lost 1:3 (0:0) at 1. FC Köln after a long man down and is now certain that the road to staying up in the league will be rocky.

Luca Kilian (49th), Florian Kainz (64th/according to video evidence) and Dejan Ljubicic (80th), met his header for FC, who had to play the season without his goalscorer Anthony Modeste, who was about to switch to Borussia Dortmund the post bounced off the heel of Schalke keeper Alexander Schwolow into the goal.

The Royal Blues, who had also played their last Bundesliga game to date on May 22, 2021 in Cologne, were already outnumbered: Ex-Cologne Dominick Drexler (35th) had seen the red card according to video evidence. The connection by Marius Bülter (76th) changed nothing.

It seemed as if Schalke wanted to take advantage of Cologne's uncertainty about the approaching loss of Modeste. The royal blues started furiously and were already able to celebrate the supposed opening goal in the tenth minute. But when Rodrigo Zalazar finished, Maya Yoshida was offside and blocked Cologne goalkeeper Marvin Schwäbe - after studying the video images, referee Robert Schröder canceled the goal.

The scene was like a wake-up call for Cologne, who then created a number of decent chances and took control. Hardly anything came from Schalke in this phase. When Drexler had to leave the field, the balance of power finally shifted in favor of FC. Cologne looked for gaps and tried to overwhelm the Schalke defense. The attackers Jan Thielmann and Florian Dietz were the focus of attention. Collectively, FC trainer Steffen Baumgart wanted to replace Modeste, who is so important for the Cologne game and who will probably complete his medical check at BVB on Monday.

Just in time for the start of the season in Cologne, it was leaked that Modeste, who scored 20 goals in Cologne last year, was leaving the club. Baumgart therefore deleted the Frenchman from the squad for the duel with the promoted team. "The focus should be on the game against Schalke and not on a personal issue," said Cologne's managing director Christian Keller.

The Cologne team showed in the second half that it is also possible without Modeste. Defender Kilian steadied the ball resolutely into the goal after a corner. Thielmann (55th) almost increased shortly afterwards, but Kainz did better, whose goal counted after being checked by the video assistant. FC kept the game firmly under control and only had to be blamed for not leading even more clearly. Instead, Bülter caused excitement again out of nowhere – but only for a few minutes.

1 Goals against the "pain": Haaland gives... 2 Oven, stove or microwave?: This is how energy-efficient... 3 Variant of the camper van series: Dethleffs Globetrail... 4 Bavaria: Escape at a speed of 220: the police are... 5 "Infection Protection Act will not find a majority... 6 Roger Waters criticizes Biden for Ukraine policy -... 7 Former Chancellor: Decision in the SPD party order... 8 Lauterbach should let the Stiko do their job without... 9 Middle East: Second jihad chief killed as rockets... 10 Bundesliga: Cologne victory superimposes anger: Schalke... 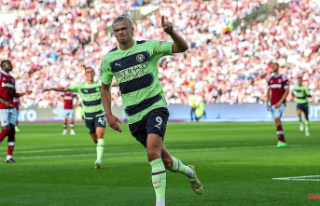 Goals against the "pain": Haaland gives...