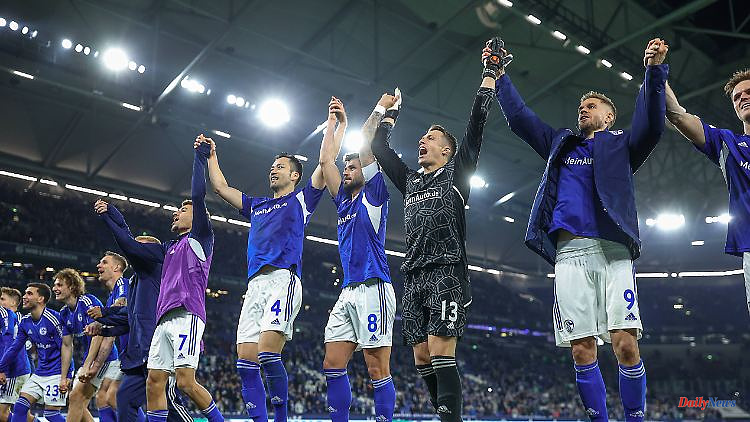 The worn-out Schalke around Simon Terodde let their fans celebrate extensively. After seven Bundesliga defeats in a row, the Royal Blues are celebrating again. The win gives hope to the bottom of the table, but there is also bad news.

You have to celebrate the festivals as they come. And if they have become rare, then also a little excessive, like late Wednesday evening in the trembling arena of FC Schalke 04. There the footballers and fans finally found a common denominator to escalate ecstatically. After the 1-0 win in the Bundesliga against FSV Mainz 05, the Royal Blues are still bottom of the table, but that didn't detract from the collective happiness. The exhausted miners jumped in front of the north stand, the relieved fans sang in the stands. Schalke 04 is alive. Schalke 04 inspires the crowds.

A few weeks ago that was unthinkable. The situation with the promoted team was not only miserable in terms of sport, but also in terms of atmosphere on the ground. Schalke, fresh from their own ashes, staggered toward a second quick knockout, that is, toward direct relegation. With coach Frank Kramer, who, to be honest, was doomed from the start because almost nobody around the traditional club believed that he could handle the rebuilding in the upper house. And because sports director Rouven Schröder threw in a completely surprising way. At the end of October there was chaos at Schalke. Once again.

But then came Thomas Reis. The longing coach. Which should have been iced out by VfL Bochum in the summer, but that didn't work out and grew into a bizarre theater at the district rival. Hope came back with rice. The man who was responsible for two football miracles in Bochum should do the same in the neighborhood. He needed two games to start up to fill the hope with life, i.e. points. The performance against Werder Bremen last weekend was good, and so was the result against Mainz.

Simon Terodde scored after just ten minutes against Bo Svensson's team. It was only the third 1-0 lead for Gelsenkirchen - in their 14th game of the season (!). The strong midfielder Alex Kral passed Terodde, the striker took the ball elegantly with his heel and didn't give goalkeeper Robin Zentner a chance. Although only ten minutes had been played, it was a lead that was imminent. Not only because Florent Mollet had curled a free kick to the side netting 60 seconds earlier. Schalke had put on their work shirt and were in the mood to attack. The Reis team put Mainz under pressure early on, an approach with which the coach was also successful at VfL. However, there with significantly faster players.

It was an approach that guests didn't like. The attack by Schalke, the roar of the stands, Mainz seemed very impressed - although they tried to increase the pressure after falling behind, the attempts were not suitable. The enraged sports director Martin Schmidt grumbled: "We have done too little - in all areas." And so Schalke was always more dangerous with fast counterattacks, the handwriting of Reis. "He sets an example, we are much braver," said striker Marius Bülter, who will be discussed later, "we manage to create chances to score, get better into the last third. We defend more actively now, keep winning the balls in front." And that's exactly how Terodde's goal was initiated. "It was important to show that we're still alive. That's encouraging. The last two games were a step in the right direction," said the scorer at Sky, who once again disproved the myth that he had with the type of goal 1st league could not.

In fact, not only the striker was (repeatedly) denied his suitability for the upper house. Such hard-hitting judgments had been formulated by many blustering talk show experts. Reis had said in his early days that it was up to him and his players to refute that. "It was clear to us that we had to win this game in order not to lose touch completely before the break," emphasized Bülter: "But in the end it was a very small step, we're still in last place. Nevertheless, it's easy right now It's good to have that feeling of victory again." And rice was also very satisfied. Especially with the manner: "We had a lot of grip right from the start. In the 90 minutes on the pitch you can always step on the gas. The team did an excellent job of that."

Bülter could have made this victory even higher. But instead of making it 2-0 (86th), he caused the biggest faux pas and later the biggest laugh of the evening. Bülter had already rounded Zentner, but the ball did not land in the empty goal, but on the post. Bitter, but all in all it doesn't matter. And he commented: "I ate a piece of cake before the game." Cake! Cake Gate! On Schalke. Before the game, "Sport Bild" brought up the story that sports director Peter Knäbel had warned substitute keeper Ralf Fährmann not to eat too much of the sweets in the dressing room. A bizarre posse that Stefan Backs, the goalkeeper's advisor, commented smugly on ntv.de. "Ralf won't be eating any more cake and hopes this will help Schalke stay up in the league."

Better, because presumably more successful idea: to use opportunities like those from the 86th minute. For example on Saturday evening, in the top game at 6.30 p.m. The only problem: The opponent comes from Munich, his name is FC Bayern, he is currently the most voracious monster in the league and shows no mercy with his opponents. But the thing is, unplanned parties are usually the best anyway. 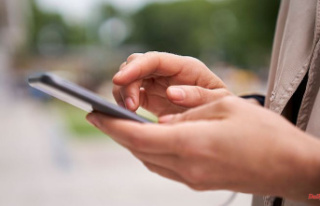