Ridicule, despair and fear: the European giants are teetering on the abyss

The Nations League is taking a break. 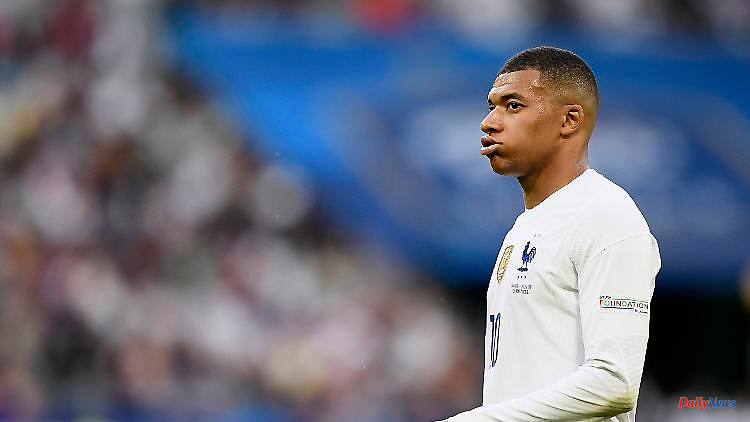 The Nations League is taking a break. And two football giants take big worries with them into their free time. England and France are threatened with relegation. Much more important, however, is that massive problems are piling up with a view to the World Cup in Qatar.

The good thing about a total write-off is that you really can't break more than that. For French football, the recent "panne generale" against Croatia (0-1) in the Nations League is very welcome news. Because a national team cannot simply be scrapped, all sorts of tools are now being dug up to get the classy "Les Bleus" roadworthy again. At the latest on the Qatar road trip through the pre-Christmas desert, the engine has to run at maximum power. In the emirate, defending the title after the triumph in 2018 is on the agenda for the "Équipe Tricolore".

But it's not just in the French car garage that people work diligently. The chief mechanics will also work out a rescue plan in the English car workshop in the coming months. After two embarrassments against Hungary (most recently a 0:4 at home) the car is in a catastrophic state. Mockery from fans, pundits and the media pours out over the "Three Lions" and their national coach Gareth Southgate. The credit after two very successful tournaments (WM semifinals 2018 and EM final 2021) has been used up. England's usual biting media chose words like "shocking", "humiliating" or "terrible". The audience chanted spitefully at Coach Southgate because of his chosen line-up: "You don't know what you're doing."

Two European football giants stagger. They stagger towards relegation in the Nations League. This UEFA competition, which is still looking for a relevant place in the dense network of appointments. This summer, the top officials put the cloak of the World Cup endurance test on their premium product, which continues to be viewed critically. A trick that really worked. The stadiums were very well attended, which could also be due to the longing of the emotional post-corona period (while a summer wave is already piling up), the TV ratings were also very reasonable. A football boredom? Rather not.

And somehow yes. At least for many protagonists. After a draining season, the batteries are in the deep red. Physically and mentally. This was most impressively demonstrated by the weakly creeping lions from England. Are you interested in a successful cut? Barely available. Their sluggishness and inaction on the lawn against the sinking sparked a wild and untimely debate in the country. At the heart of the criticism: Southgate. Now he knows this situation, he is repeatedly accused of not exploiting the gigantic potential of the team. He is repeatedly accused of allowing civil servants to play hurray football instead of unleashed football. Now he may actually have to tremble for his job.

The same goes for Didier Deschamps, the little French general. As a player and coach he is a world champion. He's a man who knows how to do it. Say: Who knows the ways to victory. But the 53-year-old is currently at a crossroads and doesn't know which path will lead to success. He seems increasingly helpless. So many stars, so much potential - and so much disappointment on the pitch. The alarm has long been triggered in French football. "We lacked strength, character and energy. You have to accept that, even if it hurts," said Deschamps after the dismal 1-0 draw with Croatia, the fourth game in a row without a win. After the death of his father, he himself did not have "the energy and strength" to tear the team out of their lethargy. But Deschamps also knows the very critical voices. They also accompany him through his term of office, which has lasted since 2012. About last year after the sensational knockout of the European Championship against Switzerland in the round of 16 (after a penalty shootout).

"Four games, no win, only three goals: this international phase was a fiasco," complained the newspaper "Le Parisien". "L'Equipe" attested the Les Bleus "rather disastrous 14 days". Skepticism is also growing among fans. When "Figaro" voted on whether France was still the favorite for the World Cup, around 80 percent voted no by Tuesday. Deschamps tried to calm the terribly upset public soul. "Obviously I'm not worried," he claimed. Above all, his team lacks the necessary freshness at the moment.

The Nations League creates sporting problems. It destroys spirits of optimism. At least at the giants of continental football. Germany, too, has already joined in the widespread lamentation. National coach Hansi Flick, the successful DFB cloud shifter of the overcast (at least since 2018) post-Joachim Löw era, complained in the middle of the summer block, after the duel with England and before the game against Hungary: "Four games are easy a lot after such a long season." The national team, around which a little euphoria had arisen since the late summer of last year, was atmospherically grounded.

"You also have to pack up the two years. We had a pandemic, so many games were postponed," Flick confessed. "We had a lot of English weeks, a short summer break for the players. Then you have almost no preparation, then you get back into everyday life in the Bundesliga and the Champions League." The top players and their teams are challenged "every three or four days" until the start of the World Cup in Qatar on November 21. As a symbol of the enthusiasm for this summer competition, a video was used that shows Leon Goretzka completely listless in a DFB quiz. "You should take care of it and question how you can give the players a break," said Flick, also because of possible injuries as a result of the massive overload caused by the brutally tight schedule. The national coach made the world association FIFA and UEFA responsible. The experts should "investigate things and decide on some actions".

Flick would probably not move away from his criticism even now, although the Nations League finally gave him an important and furious victory, a 5: 2 against the reigning European champions Italy, but after missing qualification for the Qatar World Cup in one massive upheaval. With wildest personnel experiments again. Just like before the EM triumph last summer. At the DFB they will be able to assess very seriously how valuable this win against a top nation (out of service) really is in terms of sport. For the mood he was immense.

It's different in Italy: The 2:5, which is as surprising as it is crashing, causes great consternation. "Italy, what a disgrace! Nightmare match against Germany", headlined the "Gazzetta dello Sport". The "La Repubblica" wrote of a "severe humiliation, one of the worst in the history of the Azzurri". Coach Roberto Mancini, still the celebrated hero after the EM triumph in 2021, is publicly criticized for the first time. "There is no excuse for the 57-year-old. The coach dared too much," complained the "Corriere dello Sport". That's why the newspaper "can't go on like this".

Three European giants stagger on the abyss. Mentally and physically drained. The controversial termination could have serious consequences for the Nations League. With France and England, two giants would be relegated from the top group, which would damage the very attractive basic idea of ​​the tournament again. Even if relegation is an element of this competition. But not necessarily, as UEFA has already proven. When the DFB team was relegated in the first edition, the number of top group participants was simply increased.

1 Spectacular victory in Halle: Otte mutated into Germany's... 2 Speedster alert at the international match: "Ernie"... 3 Blown against facade: kitesurfer dies in storm in... 4 Murders in the Amazon: representation of Brazil's... 5 Corona break ended: great sigh of relief on the fjord... 6 Rival slain?: Police are looking for a fugitive violent... 7 Fire out of control: forest fire in Brandenburg: district... 8 Trip with Jill: US President Biden falls off his bike 9 First hot weekend of the year: Heat in Germany - Sahara... 10 Mysterious action on the Autobahn: Parcel messengers... 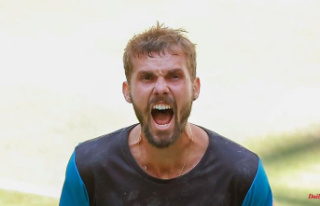