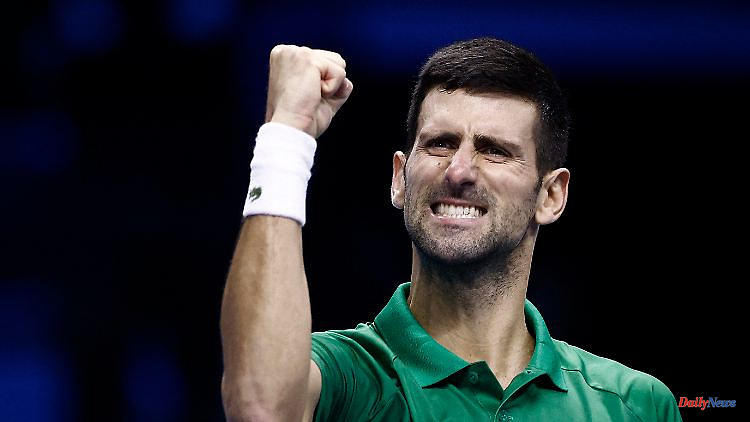 Novak Djokovic successfully starts the ATP finals. The former world number one wins his opening game in the red group against Greek Stefanos Tsitsipas. Previously, Daniil Medvedev suffered a defeat against Andrei Rublev. The top two in the group advance to the semi-finals.

Andrei Rublev won the Russian duel against Daniil Medvedev at the ATP finals, causing the second surprise of the tournament. Rublev prevailed in Turin against his favorite compatriot in a thrilling tennis game 6: 7 (7: 9), 6: 3, 7: 6 (9: 7). After 2:31 hours, the 25-year-old completed the success. At the start of the event for the eight best players of the year, Rafael Nadal lost to American Taylor Fritz on Sunday.

Rublev also caused a stir with a message of peace: "Peace, Peace, Peace - All we need," he said after his victory. At the end of February, immediately after Vladimir Putin's attack on Ukraine, the Russian had taken a clear position and issued an anti-war message. Following the 3: 6, 7: 5, 7: 6 (7: 5) success over the Pole Hubert Hurkacz, the 24-year-old wrote "No War Please" ("No War Please") on the lens of a TV Camera. Not all Russian athletes have positioned themselves so clearly. Some stars, such as chess player Sergei Karjakin, even offensively support Putin's war.

Defending champion Alexander Zverev is missing this year due to his foot injury. In the second game of the day, former world number one and top favorite Novak Djokovic beat Greek Stefanos Tsitsipas 6: 4 and 7: 6 (7: 4). For the Serbs it was the ninth win against Tsitsipas in a row (!). Most recently he had defeated the Greeks, who were so strong in 2022, at the Masters 1000 in Paris. At the ATP Finals, Djokovic now has his sights set on his sixth title.

In addition to Nadal and Fritz, the Norwegian Casper Ruud and Felix Auger-Aliassime from Canada also play in the green group. And Ruud also won the duel with the Canadian 7:6 (7:4), 6:4 on Sunday. Ruud converted his first match point after 1:51 hours. This year he had reached the final of both the French Open in Paris and the US Open in New York. Meanwhile in Italy, Nadal and Tsitsipas have the chance to replace the injured missing Spanish sensation promoted this year, Carlos Alcaraz, as number one in the world. 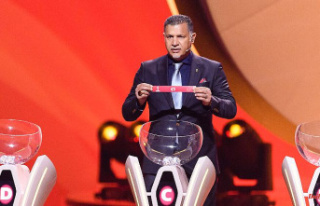 Fight at home instead of World Cup: Iran legend Ali...