For a long time, it looked like NFL star Deshaun Watson would survive a multitude of allegations of sexual abuse unscathed. 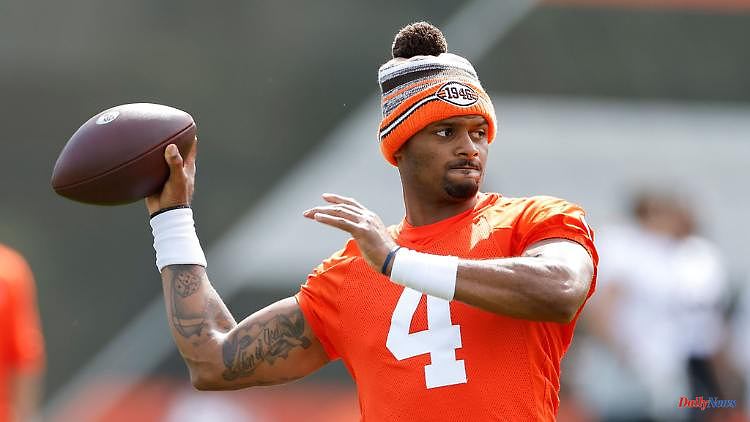 For a long time, it looked like NFL star Deshaun Watson would survive a multitude of allegations of sexual abuse unscathed. From a criminal point of view, the affair is over for the athlete, from a civil point of view most of it has been clarified out of court. But the NFL still punishes the quarterback severely.

Cleveland Browns footballer Deshaun Watson has been suspended for 11 games and fined $5 million. This is reported by several US media unanimously. An official statement from the National Football League and the players' union NFLPA is still pending. "I apologize again for any pain caused by this situation. I take full responsibility for the decisions I've made," Watson said in a first statement. "My focus going forward is to work on becoming the best version of myself on and off the pitch and to support my teammates as much as I can while I'm not on the team. I'm excited for the future in Cleveland ready for me."

The NFL had requested a suspension of allegedly at least one season for Watson because of the allegations. 24 women had sued Watson for sexual abuse under civil law, and the player was able to settle 23 lawsuits out of court. The criminal case is already settled, two juries in Texas waived an indictment. Watson last played for the Houston Texans, but was not used because of the allegations last season. The portal "The Athletic" reported that according to the lawsuits, Watson forced two women to have oral sex, ejaculated on three masseuses and groped four women.

The NFL had appealed an initially announced six-game ban for Watson. A former US federal judge had imposed the verdict. She had been nominated by the league and the players' union. The NFL did not agree with the first verdict, and the appeal brought the case back to the NFL. And they now imposed the harsher punishment. "Deshaun is committed to doing the hard work on himself necessary for his return to the NFL," said NFL boss Roger Goodell. "This settlement requires compliance with a professional evaluation and treatment plan, a substantial fine and a lengthy suspension." The ban applies from the start of the season to week 13 at the end of November.

The Cleveland Browns had signed Watson, who had denied all allegations via social media, despite the possible suspension and given him a five-year contract totaling $ 230 million in March. However, Watson will not be taking a salary during his suspension. That shouldn't hurt him: in anticipation of a longer suspension, the Browns and their quarterback had only agreed on a mini salary for this season: Watson only collects around one million dollars. Or not. Starting next season, the big money-making will probably continue. 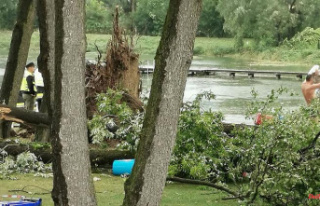