Superstar Cristiano Ronaldo, currently the bench press at Manchester United, is still without a new club. 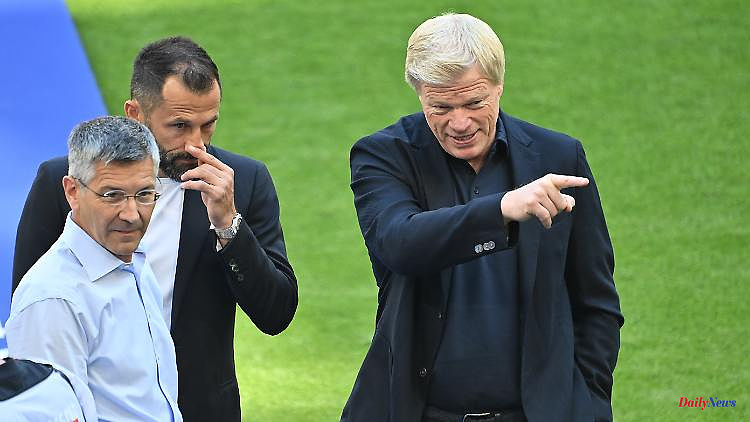 Superstar Cristiano Ronaldo, currently the bench press at Manchester United, is still without a new club. There are several reasons why the goalscorer, who is willing to change, will not be transferred to Bayern Munich in the summer. Sports director Hasan Salihamidžić says dryly that CR7 "was not an option for us".

The rumor mill about the five-time world footballer Cristiano Ronaldo has been simmering for weeks, with the old master aiming to say goodbye to Manchester United this summer. Most recently, BVB in particular is said to have been the goal of a change, but FC Bayern has also been associated with CR7 before. Sports director Hasan Salihamidžić has now explained why a Ronaldo transfer to Munich was and is not an issue.

"If you now see how our offensive is manned - even without Robert Lewandowski - it's just difficult - both from a sporting and a financial point of view," said Bayern's top squad planner in a podcast by "Bild". Ronaldo has yet to score at Manchester United in three Premier League games. Bayern's attack, even without him, managed a goal difference of 15:1 in three wins in three games.

Salihamidžić emphasized that he was very satisfied with the current line-up on offense at the German record champions: "We have eight players for the four positions. [...] We have established top players who are in the prime of footballing age. We have talent , who we want to give playing time to, so we all voted to go through with our plan."

Despite the departure of world footballer Robert Lewandowski to FC Barcelona, ​​FC Bayern has made a record start in the Bundesliga and is the clear leader in the table. One reason for this: the strong youngster Jamal Musiala, whose agility a 37-year-old CR7 can no longer bring to the pitch. In addition, the German industry leader from Munich had prominently strengthened this summer with Sadio Mané from Liverpool FC. The Senegalese has scored three goals in three Bundesliga games so far.

Salihamidžić never thought of a transfer of the Portuguese star player Ronaldo, who himself was very frustrated with his current role as a substitute at ManUnited, as the Bosnian continued: "It was out of the question for us. We are very happy, how busy we are!"

1 "Like in a disaster movie": Hundreds of... 2 Looking at photos on Lake Como: "Bennifer"... 3 Good can also be cheap: These are the price-performance... 4 Seven million years ago: Pre-humans used to walk on... 5 Hesse: Nightly closure at Northwest Cross Frankfurt 6 Baden-Württemberg: Kretschmann praises the bravery... 7 Saxony: Man seriously injured with a knife: the police... 8 Bavaria: tire flies across the highway and hits cars 9 Mecklenburg-Western Pomerania: "Youth in the... 10 North Rhine-Westphalia: acquittals in Düsseldorf... 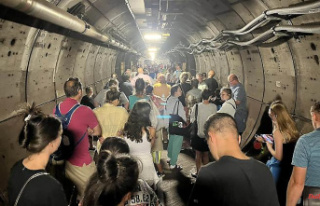