The decisive phase of the World Cup in Qatar begins with the quarter-finals. 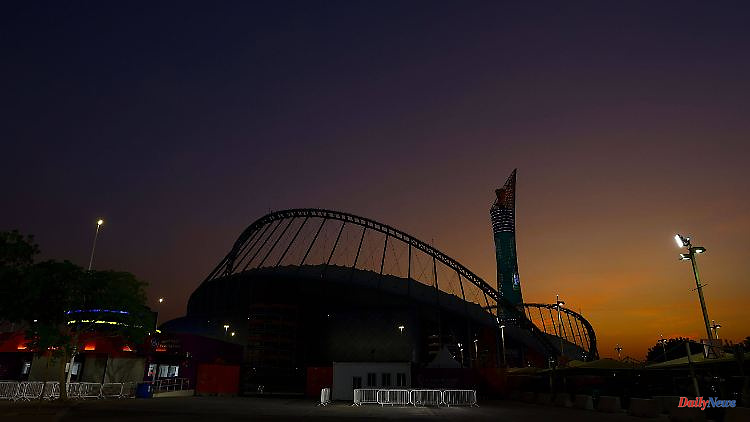 The decisive phase of the World Cup in Qatar begins with the quarter-finals. The host country and FIFA should be very happy about that. Because suddenly dark clouds are gathering over the perfect tournament. It's not just about the death of a construction worker.

Perfect organization, short distances, exciting games. When the World Cup final is played in Qatar on December 18th, there can only be one conclusion: The biggest event in the world has delivered once again. In the land of infinite wealth, the planet's most popular sport has once again written new heroic stories, produced new dramas and proved that a single city can easily handle a tournament of this kind at the first tournament in the Arab world.

In Qatar, the biggest stars of the past decade are being said goodbye to in the best stadiums on the big stage. It will soon rain gold at the Lusail Iconic Stadium, soon tears of joy and disappointment will be shed. The most controversial World Cup in football history to date has risen above all critics and staged the sport perfectly on the world stage.

Forget the "double standards" of the western world, which wanted to hold the emirate on the Gulf responsible for its social progress and tripped itself up in the process. Denmark, Belgium and Germany failed miserably in the preliminary round. The DFB-Elf faced harsh criticism. Her "mouth-closed" gesture had not only exposed her to ridicule in the eyes of the host. They laughed heartily and proceeded with the tournament. That has been on hold for the past few days, and so those who wanted it were presented with a completely different picture than the one described above and transported by FIFA and Qatar.

Because the days without games were not a glorious day for the host country of the 2022 World Cup. They again raised more questions than there could ever be answers. The days began with a report from The Athletic portal about the death of a construction worker at the Saudi Arabian national team's training camp. Both FIFA and World Cup tournament boss Nasser Al Khater confirmed the incident a short time later, but differed significantly in their choice of words.

The world football association was "deeply saddened by this tragedy", the World Cup boss also expressed his condolences to the relatives, complaining to Reuters that "this negativity about the World Cup" was very disappointing. What he meant was not the death itself, but the sensationalized reporting of it. "Death is a natural part of life, whether at work or in sleep," he added in another interview.

At about the same time, the human rights organization Fair Square published a letter from the relatives of the former World Cup communications director, Abdullah Ibhais. He was arrested about a year ago for allegedly accepting bribes and, according to his family, was tortured in a prison in Qatar during this time. He spent four days in a hole in the ground in complete darkness and in temperatures close to freezing. The family not only accused the host country, but also FIFA. She said she was "accomplice" in the arrest and has been silent since then.

As if that weren't enough, FIFA President Gianni Infantino then popped into the glittering make-believe of West Bay at the ceremony to present His Highness Sheikh Tamim bin Hamad Al Thani International Award for Excellence in Anti-Corruption at the Sheraton Hotel. Alongside Infantino, the award's namesake, Emir Tamin bin Hamad Al Thani, also attended the sixth edition of the event.

In the evening, Sky News UK published a report on the host country's efforts to push through its own captain's armband ahead of the tournament, saying "No place for Islamophobia". In addition to the lettering, the armband should also be decorated with a pattern of a Palestine cloth. FIFA rejected this request, as with the "One Love" bandage.

At least that should have met with recognition from Nasser Al-Khelaifi, the bustling boss of Paris Saint-Germain. After all, he had explained shortly before and also on Sky News UK that sport has nothing to do with politics. "The politicians who use sport to push their agenda will not succeed," said the French club's Qatar boss. "Sport is sport and not politics. And that's what we do here in Qatar."

The timing of the publication of the "No Space for Islamophobia" bandage is remarkable in that at least the suspicion of a clever PR campaign remains. Look, FIFA not only regulates the West, but also the host country. But there were and still are numerous doubts about this. As is shown by the well-documented interventions by Iranian secret forces against the Iranians protesting against the regime in Tehran at the World Cup during the Iran-USA game.

The report burst straight into the excitement in Europe over the display of the Palestine flag during World Cup games and during Moroccan celebrations after their epic victory over Spain. FIFA declared the flag to be non-political, unlike the rainbow flags, for example, whose ban caused a stir at the start of the tournament.

Like, of course, the forbidden "One Love" bandage, which is still visible on an advertisement for the pay-TV provider TOD in the streets and metro stations. Both Harry Kane, the captain of the English selection, and the Dutchman Virgil van Dijk can be seen on the posters with the bandage, which caused so much trouble in the first few days and probably also caused a split in the DFB team.

All of these events and reports within the last 48 hours paint at least a dark gray picture of this World Cup, which should cleanse the emirate with its perfect organization and show. What could succeed because of the sport despite everything. The World Cup, as FIFA makes it clear almost every day, is the biggest event in the world. It's a perpetual, globe-spanning party that gives the population of the blue planet a breath of fresh air and forgets all their worries for four weeks. What megalomania.

But in addition to the dark gray of the Eurocentric view of the tournament, the voices that react increasingly annoyed are also increasing. "There is an original sin: the corruption in the choice of Qatar as the venue. But it would be unfair not to recognize that the implementation of the event is very good," said former Argentina national coach Jorge Valdano in an interview with the "Süddeutsche Zeitung": " Sometimes I feel like speaking well of Qatar requires pardon, but being the world cultural police has led us to some exaggeration."

However, these days without matches were not comparable to the first scandalous days of the tournament, when the public, fueled by countless reports and documentaries about the host country, the corruption of FIFA, the fate of the hosts and the rights of the LGBTQ community, attacked the tournament and completely stunned by FIFA President Infantino's bizarre speech.

The past few days have been just one more indication that something is not quite right with this tournament, which is now entering its final phase and will continue to captivate people around the world, just as it did after the initial excitement. The remaining protagonists of the World Cup also rely on it.

When asked about the deceased construction worker in the Saudi Arabian camp, France coach Didier Deschamps, visibly saddened by the incident, replied: "We are footballers. Footballers are not in a position to solve problems outside of football." He added: "The issue may be a priority for you, but my priority is the game. That doesn't mean we're callous away from football. But you shouldn't mix things up." That may be desirable and absolutely necessary for footballers, but hardly possible for observers of the World Cup. 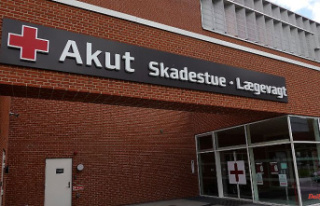