Schüller and Streich also honored: Footballer of the Year comes from Leipzig for the first time

52 goals in 51 competitive games - the statistics alone reveal that Christopher Nkunku has had a good season. 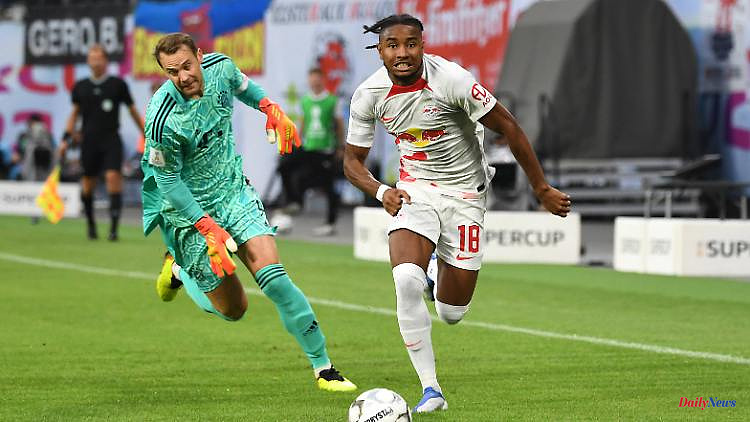 52 goals in 51 competitive games - the statistics alone reveal that Christopher Nkunku has had a good season. As a reward, he is voted Germany's footballer of the year. Lea Schüller prevails among the female soccer players, and the coaching prize also goes south.

Christopher Nkunku was still standing on the lawn of the Red Bull Arena on Saturday evening with a sad expression on his face, but less than 24 hours after losing the Supercup final, the star striker from RB Leipzig was still able to celebrate. After a fantastic pre-season, the 24-year-old Frenchman can call himself "Germany's footballer of the year" for the first time. "I feel very honored and really appreciate being able to accept such an important award," said Nkunku, who lost 5-3 (0-3) to Bayern Munich with Leipzig in the Supercup on Saturday: "In First and foremost I have to thank my team, the coaching staff and all the staff."

According to the annual vote by the specialist magazine "Kicker" among 706 sports journalists, Nkunku narrowly won with 134 votes. He received only six more than second-placed Robert Lewandowski, who has since left Bayern Munich for FC Barcelona. Third was national goalkeeper Kevin Trapp (65 votes) from Europa League winner Eintracht Frankfurt.

In the women's category, however, national striker Lea Schüller (141 votes) from FC Bayern won ahead of DFB captain Alexandra Popp (115) and Almuth Schult (68). "I didn't expect it at all. It's a total surprise. It's outstanding! It's a super great award," said Schüller, who had secured the top scorer's crown in the Bundesliga with 16 goals for the Munich team.

Christian Streich, who had led SC Freiburg to the final of the DFB Cup, won the coaching category. He also won the vote for the first time and relegated Oliver Glasner from Eintracht Frankfurt, who received 133 votes, and Steffen Baumgart from Cologne (50/65 votes).

"Christian Streich deserves every honor. He is an outstanding coach who achieves great things in Freiburg and I appreciate him enormously," said national coach Hansi Flick. Liverpool team manager Jürgen Klopp added: "Finally, I have to say, absolutely deserved. Sometimes it takes a little longer for the actual quality to be recognized!" National coach Martina Voss-Tecklenburg came in seventh with 15 votes.

Nkunku's award is the reward for an outstanding season in which he caused a stir nationally and internationally with 32 goals and 20 assists in 51 competitive games. "For me it's clear: Christopher has all the qualities of a future world-class player - if he isn't already," said Leipzig's former coach and sporting director Ralf Rangnick about the noble technician, who played a significant part in Leipzig's triumph in the DFB Cup.

"He's one of the types of players you need in big teams. He can still make the difference at a very high level," said coach Domenico Tedesco. Meanwhile, Nkunku not only became a French international through his performances, he also played himself into the focus of his former club Paris St. Germain. Despite any offers, however, he extended his contract with RB until 2026.

1 Shocking insight from Masi: Formula 1 scandal led... 2 "In the forests of the beavers": About the... 3 "Happy Birthday Dad": Katherine Schwarzenegger... 4 Bavaria: Thieves steal injectors from port area: High... 5 Bavaria: mood booster for Bayreuth: "Proud of... 6 Baden-Württemberg: test for the league? VfB wins... 7 Saxony: Several cases of arson in East Saxony 8 Inflation is the biggest nuisance for consumers 9 Lindner calls for the end of electricity production... 10 Bavaria: Student scalded with boiling water at an... 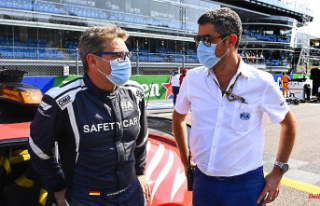