Schumacher causes the race to be stopped: Leclerc rages in the rain chaos after the Red Bull victory

Rain causes delays in the Formula 1 race in Monaco, then a serious Schumacher accident and finally a Grand Prix that is extremely exciting right up to the last lap. 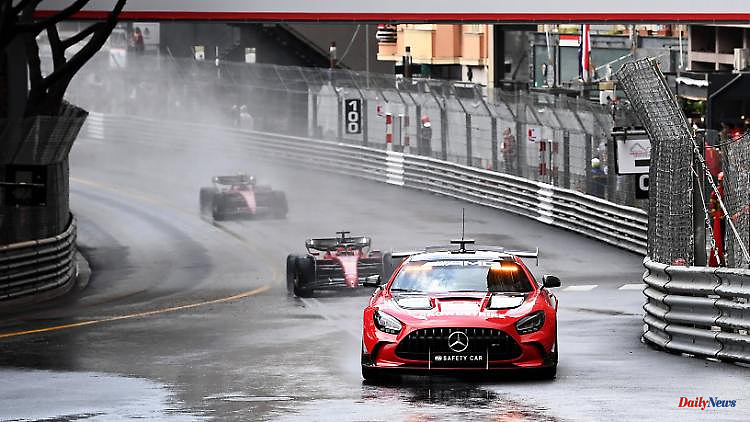 Rain causes delays in the Formula 1 race in Monaco, then a serious Schumacher accident and finally a Grand Prix that is extremely exciting right up to the last lap. Charles Leclerc loses the long-awaited home win in the pits, instead Red Bull triumphs.

Charles Leclerc and his home country of Monaco - that still doesn't go together, at least in a racing car: The Ferrari driver fell victim to the rain at the Grand Prix in the Principality and made a major strategic mistake by his crew and only finished fourth. At least, but that should only be small consolation for the World Cup candidate, he reached the finish on "his" roads for the first time. "I'm at a loss for words, we can't do it," Leclerc radioed stunned to the pits after crossing the finish line.

Red Bull driver Sergio Perez clinched victory in the chaotic race, which was stopped after 64 laps because the time limit had been reached. "As a driver, you dream of success at this track," he said afterwards. Second was Leclerc's teammate Carlos Sainz ahead of world champion Max Verstappen in the second Red Bull. The defending champion from the Netherlands extended his championship lead over Leclerc to nine points despite a personally mediocre weekend. "I did my best after my difficult qualifying," said Verstappen, "and we did a good job with the strategy. As a team, we can be satisfied with the rain and the red flag after this hectic Sunday."

Mick Schumacher flew off on the 27th lap, his Haas was torn into two large pieces by the heavy impact in the harbor chicane. “The cars are wider than last year – in that case they were too wide and I misjudged,” said Schumacher on Sky and took the blame. Physically he is "okay". The son of record world champion Michael Schumacher is still waiting for points after his 28th Formula 1 race. Former champion Sebastian Vettel finished tenth in the Aston Martin.

After Leclerc's drive to pole position on Saturday, the pursuers placed their hopes in the forecast rain - and it came as ordered shortly before the start at 3 p.m. However, the rain was very heavy, after two formation laps behind the safety car, the race control decided to stop the race.

The race only resumed after a delay of more than an hour. At first nothing changed at the top, Leclerc was able to set the pace. However, Ferrari reacted too late to the drying track. Perez literally overtook the Monegasque in the pits with an earlier stop on Intermediates.

Ferrari then took the full risk and just three laps later brought in their two drivers to give them slick tyres. In the case of Leclerc, this was apparently not the intention - but the Monegasse had already turned into the pit lane when his race engineer called out to him to stay on the track. "What the hell are we doing there?" Leclerc cursed on the radio after only finding himself in fourth place.

After the restart as a result of the Schumacher crash, there was not much left for Leclerc to do, overtaking in Monaco on a dry track is practically impossible. In addition, his crew equipped him with a harder and therefore slower tire compound than Perez and Verstappen.

The question hung over the Monaco weekend as to whether the glamor race might be part of the calendar for the last time. The contract between Formula 1 and the organizer expires. So far, Monaco has paid a small entry fee and enjoys many privileges that the Formula 1 leadership would like to curtail.

All eyes were on Leclerc, numerous flags and banners were dedicated to the local hero. Leclerc had never reached the finish line in his home country in the previous five attempts in Formula 1 or Formula 2 - in 2021 he did not even make it onto the starting grid as a pole setter due to damage. This time he made it through, but he wasn't satisfied. 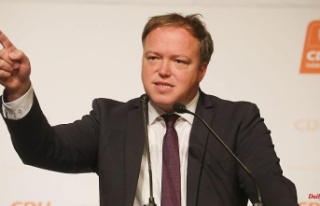 Thuringia: Voigt ready for top candidate in the next...