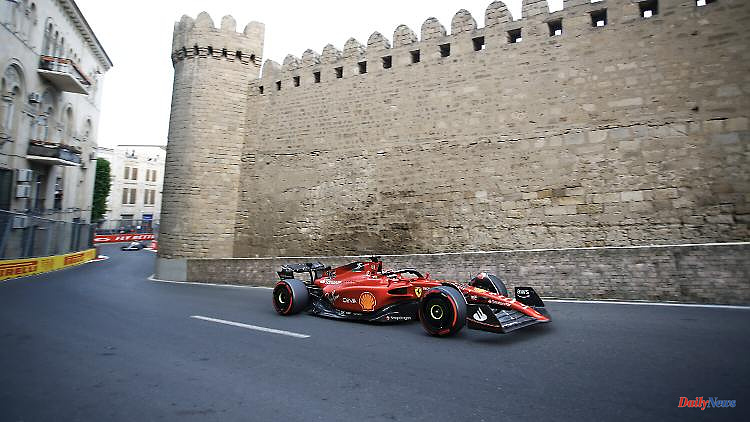 Charles Leclerc dominates the Formula 1 weekend in Baku. He secures pole ahead of Sergio Perez, who leaves World Champion Verstappen behind. Sebastian Vettel reaches Q3. Mick Schumacher, on the other hand, rushes to the next disappointment. He ends up in last place.

Charles Leclerc took pole position for the Formula 1 race in Azerbaijan. The Ferrari driver from Monaco was 0.282 seconds faster than the Mexican Sergio Pérez in the Red Bull in Baku on Saturday. World championship leader Max Verstappen had to be content with third place in the second Red Bull. Fourth went to Leclerc's teammate Carlos Sainz, who was still on pole until a few seconds before the end of qualifying. Sebastian Vettel impressed in the Aston Martin in ninth place.

For Leclerc it is the 15th pole of his Formula 1 career, the sixth in the eighth race of the season and the fourth in a row. "It feels good. I didn't expect this pole here. I thought that Red Bull is stronger here," said Leclerc after qualifying. The 24-year-old is nine points behind Verstappen in the World Cup. "Something was missing on one lap," said the Dutchman, who was optimistic about being able to keep up with the Ferraris in Sunday's race.

Mick Schumacher, on the other hand, experienced the next disappointment. At least it didn't crash this time. However, the Haas driver failed in the first run with the slowest lap of the 20 drivers. The 23-year-old is under pressure after several accidents. At the start of the weekend in Baku, Michael Schumacher's son missed large parts of the first practice session due to a water leak in his car. After the setback in qualifying, it should be difficult for Schumacher to finally get his first championship points in the eighth round of the season.

"The qualifying speaks for itself," said Schumacher on Sky and was combative: "Baku is chaotic. You can still score points from last place."

1 Education. Anger is brewing after the school closes... 2 North Rhine-Westphalia: wife dead: man lets the police... 3 High mountains. Gap: Firefighters give a "pedal... 4 Shortly before the act in psychiatry: the knife attacker... 5 "Lazy circus called process": Soldiers'... 6 Alpes de Haute Provence. Two cyclists are injured... 7 Auctions. In Manosque, 158,000 euros for a Picasso... 8 Formula 1. Baku GP: Leclerc is on top ahead of Verstappen... 9 Weather report. Is there a chance of a heatwave next... 10 Bavaria: tractor driver overlooks bikers: fatal injuries 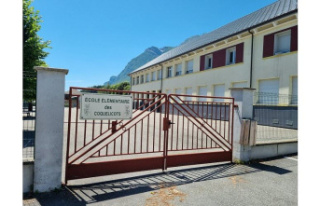 Education. Anger is brewing after the school closes...