A fall and a stitched wound do not keep Gina Lückenkemper from the European Championship title: In the final of the women's relay, she and her team won gold - her second medal in Munich after her surprising triumph over 100 meters. 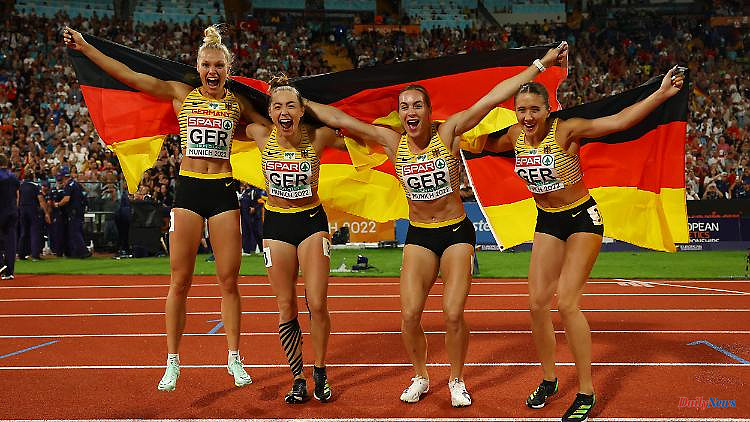 A fall and a stitched wound do not keep Gina Lückenkemper from the European Championship title: In the final of the women's relay, she and her team won gold - her second medal in Munich after her surprising triumph over 100 meters. The men's relay is a change blunder fatal.

The German sprinters around Gina Lückenkemper won gold in the 4x100 meter relay at the home European Championships in Munich. Alexandra Burghardt, Lisa Mayer, Lückenkemper and anchor Rebekka Haase beat Poland and Italy in 42.34 seconds in front of a roaring crowd in the Olympic Stadium.

The co-favorite Brits with Dina Asher-Smith and the French were eliminated after a mistake in the substitution. At the World Championships in Eugene, the German quartet only had to admit defeat to the USA and Jamaica and won bronze.

Lückenkemper won her second medal in Munich five days after her surprising triumph over the 100 meters. The 25-year-old only gave the green light for her start on Saturday after falling over 100 meters immediately after crossing the finish line and injuring her left leg. This had to be sewn up in the hospital with eight stitches. The German relay won bronze four years ago in Berlin, and the last time it was gold was in Helsinki in 2012.

The German men's squadron was less fortunate. The sprinters were eliminated in the final over 4x100 meters due to a faulty substitution. The first change from starting runner Kevin Kranz to Joshua Hartmann didn't work out, and so the medal dream was shattered early on. The Brits won gold with 100-meter vice-European champion Zharnel Hughes with a championship record of 37.67 seconds ahead of France (37.94). Poland won bronze with 38.15 seconds.

"Everything went well in training, it's terrible that it's happened like this," said Lucas Ansah-Peprah. "It was Munich, a home EM. You can't bring back the moment." In the run-up, the quartet improved the German record to 37.97 seconds and raised hopes for a medal. The last EM medal in the sprint relay for Germany was in 2016 with bronze, gold was last in 1962 in Belgrade for the Federal Republic. 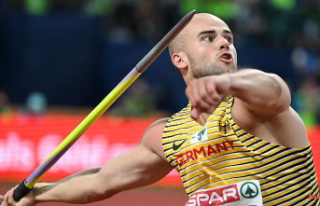 The dream of a medal comes true: Julian Weber wins...