Sensation in Austria: Miroslav Klose gets his first chance as head coach of a professional team. 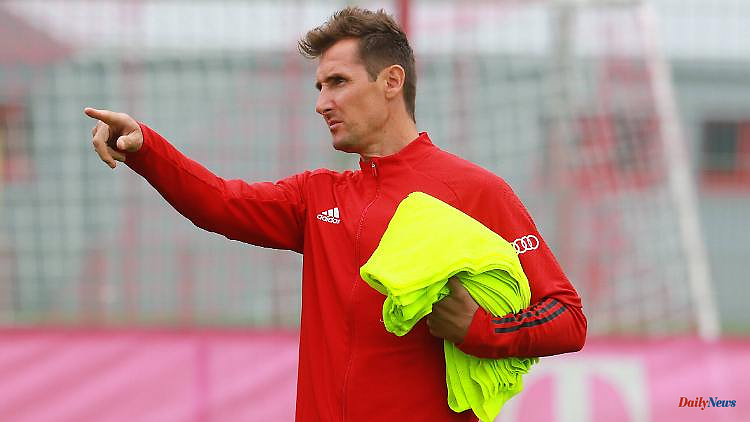 Sensation in Austria: Miroslav Klose gets his first chance as head coach of a professional team. The soccer world champion of 2014 takes over the first division coaching position in the 7,000-inhabitant community of Altach. Immediately afterwards, the club's website collapsed.

Even the servers were overwhelmed with the trainer sensation of the month. Miroslav Klose, the German soccer world champion, new head coach at the small SCR Altach? So many fans and media representatives stormed the homepage of the club from Vorarlberg that the site collapsed for a short time. The 47-second video, in which the SCR enthusiastically greets "a legend of football", could only be played later.

Yes, the news is true: Miroslav Klose gets his first chance as head coach of a professional team. According to the club announcement, the 44-year-old will sign his contract on Sunday and will be officially presented on Monday - probably in the tranquil press room of the Cashpoint Arena, which can only hold 8,500 spectators, popularly known as the "Schnabelholz Stadium". Altach has almost 7000 inhabitants.

"I'm really looking forward to my new job here," said Klose. "It was just that positive feeling right from the start that I have to have, that I'm in the right place here." The first talks with those responsible were "so open" that "it was clear to me that I wanted to do that. Now I can hardly wait to get to know the team, the people in the club and of course the fans."

Klose had earned his first coaching spurs as U17 coach at Bayern Munich. After that he became assistant coach of the professional team, in the meantime he also assisted with the German national team. There were often rumors of a major commitment - but Klose took the detour via the Austrian league. In ninth place last season, he follows former Bundesliga professional Ludovic Magnin.

Altach, without a championship title or cup win, is aware of the attention this will draw, especially in Germany. "Miro Klose is a very big name in football. But it's not about the name for us, it's about the personality, his skills as a coach - and what is very important to us at SCR Altach: the people," said the proud managing director Christoph Langle.

As a "down-to-earth, hard worker", Klose fits in perfectly with the values ​​of the club, which was founded in 1929, as sports director Werner Grabherr explained: "He's ready to lend a hand and continue to promote professionalism."

Klose is "a coach with a clear handwriting" who has already gained a lot of experience in the training and development of players. The SCR is the ideal starting point: "We will offer Miroslav the environment he needs for his first head coaching position in professional football."

1 Matching media reports: FC Bayern makes the mega deal... 2 Good omen before Wimbledon: Otte wins tennis thriller... 3 Stress for Kahn and Salihamidzic: These are FC Bayern's... 4 Chastised by coaches: Hundreds of abuse shocked the... 5 Talks are already underway: Eintracht Frankfurt is... 6 Bundesliga with a cracking start: FC Bayern against... 7 Bracket club peddles future: Barcelona clears the... 8 Berlin before the title hat-trick: Alba is ready,... 9 Final venue from 1994 is empty: 16 stadiums for the... 10 Historic run before halftime: The Golden State Warriors... 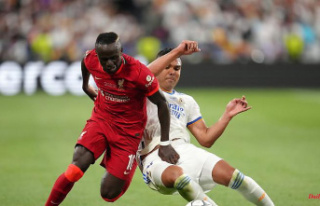