As a circumnavigator, Boris Herrmann knows how the smallest of problems can lead to loss of time. 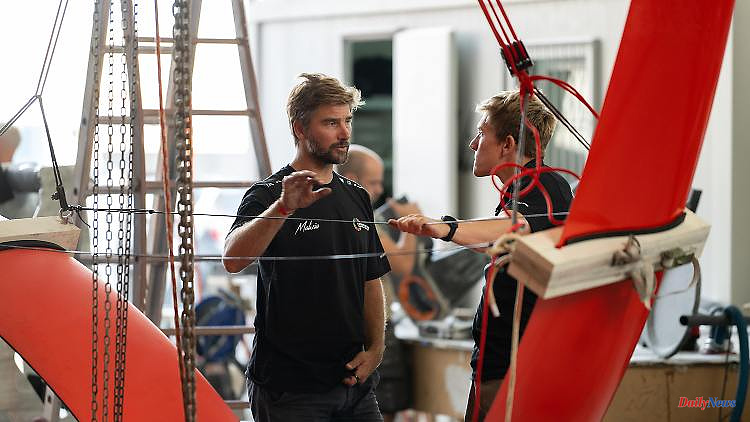 As a circumnavigator, Boris Herrmann knows how the smallest of problems can lead to loss of time. He is all the more proud that his new yacht will be launched on schedule. The test drives for the "Malizia-Seaexplorer" start. If everything goes well, Herrmann will set off for the first race in November.

Boris Herrmann's new racing yacht floats. In Lorient, Breton, the "Malizia -Seaexplorer" was able to move into its element for the first time in the morning after 18 months of design and construction. Lightning, thunder and strong gusts had previously caused the ceremony to be postponed for two hours. 538 days after crossing the finish line at his Vendée Globe premiere on January 18, 2021, four-time circumnavigator Herrmann and his team Malizia can embark on new adventures in their own boat.

Up to 250 people worked on the new building. Herrmann's core team of 50 people from eleven countries had recently worked all night to meet the deadline. The 18.28 meter long hull, the keel and the foils (wings) were given the finishing touches in Malizia's hall in the most famous French sailing port, La Base. Herrmann is proud of the punctual completion: "I think it's the first time in our industry to announce such a date a year in advance - and to deliver it on time. I feel full of positive energy."

With its eye-catching multicolored design, the boat, described as the "Bullet", was launched in front of several hundred guests and team members. 80,000 working hours from all areas flowed into the high-tech racing machine of the Imoca class, which costs several million euros and which Herrmann and his team are to carry around the world twice in the next three years. The first major test for the "Malizia - Seaexplorer" is scheduled for November 6th after tests and optimizations on the transatlantic classic Route du Rhum.

January 15, 2023 marks the start of the most famous team race around the world: the Volvo Ocean Race. The Malizia crew also takes part in this. The race should also serve as an endurance test for Herrmann for his second Vendée Globe participation in autumn 2024. "If everything goes according to plan, we will go out with the new boat and hoist the sails for the first time in a week or two. That will also be a glorious moment," said Herrmann.

"Malizia - Seaexplorer" will be officially christened in Hamburg. Herrmann arrives with the showpiece in the traditional ship harbor of the Hamburg Maritim Foundation on September 6th.

1 Two German restaurants in the top 50: the world's... 2 Carrot and stick?: What really motivates in the long... 3 Enjoy summer nights: planting and lighting tips for... 4 Warning money threatened: First deadline for exchanging... 5 Drought in Germany: Why drought is not just drought 6 Hesse: car drives on tractor: two seriously injured 7 Saxony-Anhalt: Grain harvest is in progress: wheat... 8 Bavaria: High damage in fire on farm in Steingaden 9 Bavaria: Several fires within a few hours 10 Baden-Württemberg: Generation change at the Lapp... 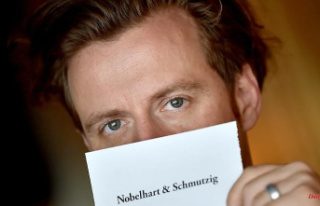 Two German restaurants in the top 50: the world's...