Shadow of success in Marseille: Seriously injured and Hitler salute at Eintracht victory

Eintracht Frankfurt wins a game in the Champions League for the first time ever, but the jubilation is mixed with anger: fans of both clubs clash in Marseille, a Frankfurter is apparently seriously injured by a flare. 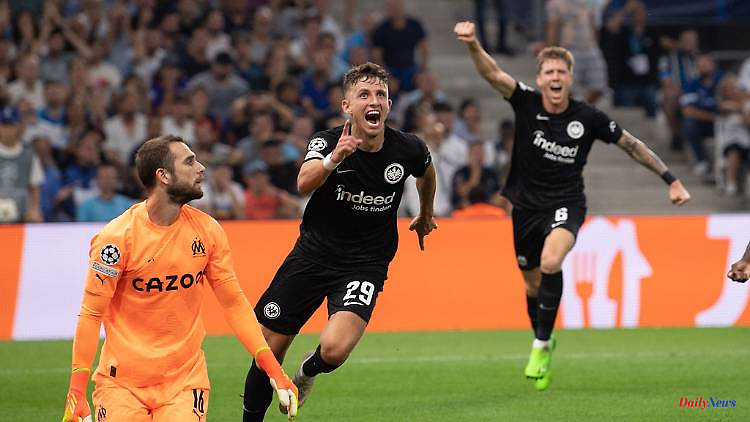 Eintracht Frankfurt wins a game in the Champions League for the first time ever, but the jubilation is mixed with anger: fans of both clubs clash in Marseille, a Frankfurter is apparently seriously injured by a flare. There are consequences.

Europa League winner Eintracht Frankfurt celebrated their first victory in the premier class with a cool performance in a hot atmosphere, but lost a lot of sympathy with an ugly performance by their fans. Accompanied by some massive mistakes by some Eintracht supporters, the Bundesliga soccer club won the group game at Olympique Marseille 1-0 (1-0) on Tuesday. Now the SBU has to fear a ghost game in the Champions League.

The joy of Jesper Lindström's winning goal (43rd minute) and the first three points that saw the Hessians catch up to next opponent Tottenham Hotspur in second place in Group D was considerably marred by the gaffes of the fans who had traveled with them. After Eintracht had been sentenced to a suspended spectator suspension by UEFA for storming the pitch in the Europa League semi-final against West Ham United, the home game against Tottenham on October 4 threatens to be played in front of empty stands.

At least the team stayed cool on the pitch. What did the team have to listen to after the 0-1 draw against Wolfsburg from coach Oliver Glasner - and the Austrian's appeal had an effect. Unlike last time, the Frankfurters presented themselves highly concentrated from the start. Marseille quickly became a threat, but Alexis Sanchez (12th/23rd) missed the target twice. Frankfurt had to wait until the 25th minute for the first chance, but Randal Kolo Muani's low shot was no problem for the goalkeeper.

In the beginning there was no game with big opportunities. Which was also due to the fact that Eintracht acted very safely on the defensive. It only got really explosive from the start in the stands. Flares had been fired from both fan blocks and pyrotechnics ignited even before kick-off. During the game only a few firecrackers banged in the stadium. Shortly before the final whistle, rockets flew out of the blocks again. A Eintracht Frankfurt fan has been seriously injured. "He's in the hospital, but his life is out of danger," said Frankfurt board member Philipp Reschke. As Reschke said, the trailer is said to have been injured by a flare.

At the same time, Reschke made serious allegations against the French fans and expressed clear criticism of the Eintracht supporters. "We have never experienced such a day in this form and did not think it possible in this way. There may not be any real joy because it is very strange what level of aggressiveness and hatred we faced and of course the reactions met," said Reschke late on Tuesday evening. There were a lot of perpetrators on both sides, but many more from the ranks of the hosts. "It was the feared state of emergency," said Reschke.

Pictures on the Internet, which are supposed to show a Eintracht fan before the game with the Hitler salute, also caused a stir. "We are ashamed of people who come from Frankfurt, wear the eagle on their chest and show the Hitler salute. You don't belong to this club, to this city, you don't belong to us," wrote the Eintracht fan department on Facebook . A spokesman for the relevant prefecture said the pictures had been seen and were being checked. The European governing body UEFA has already been informed.

"The club clearly distances itself from a single incident in the run-up to the UEFA Champions League game between Olympique de Marseille and Eintracht Frankfurt, in which a gesture that could be understood as a "Hitler salute" was shown," said a statement from the football team -Bundesliga after the game. "Anti-Semitic ideas are in stark contrast to the club's unequivocal and unshakeable understanding of values ​​and its roots."

The person seen on the video reported to the Eintracht fan representative during the game and emphatically rejected the allegation of anti-Semitic intentions, it said. "Eintracht Frankfurt will examine this process and the representation of the person concerned in detail."

The heated atmosphere did not impress Eintracht at all. But on the contrary. The concentrated performance was rewarded before the break. After an unfortunate defensive action by OM professional Rongier, Lindström was suddenly free in front of keeper Pau Lopez and ensured the lead from close range with a low shot. The Dane almost added a few minutes after the break, but Lopez just managed to deflect his shot from a tight angle (54') onto the crossbar.

The game changed now. The French stood much higher and became more open in defence. Eintracht always had promising opportunities through counterattacks or long balls forward. One of the best of them was again Kolo Muani (75th), who failed after a fine solo in front of the goal at Lopez. In addition, a goal by Daichi Kamada (79th) was disallowed for offside. So Frankfurt could only blame itself for one thing: the exploitation of opportunities.

1 Important victory against frustration: FC Bayern remains... 2 Riots in Marseille: Eintracht Frankfurt is getting... 3 Racist and misogynous: NBA club owner gets banned... 4 Duel of the giants almost perfect: Joshua accepts... 5 Lewandowski comes at the wrong time: a reunion that... 6 Kovac tough in VfL training: Max Kruse can only have... 7 "Horror scenarios played through": DEL braces... 8 Mountains of debt in football: Investor: "The... 9 EM mammoth task for Germany: Who will stop the Greek... 10 Mini-contract with Newcastle: Karius remains in England... 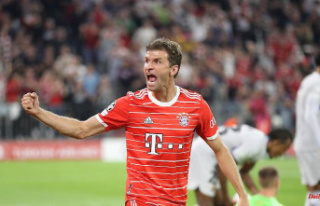