80 minutes Borussia Dortmund is on the way to a coup in the Champions League with a strong performance. 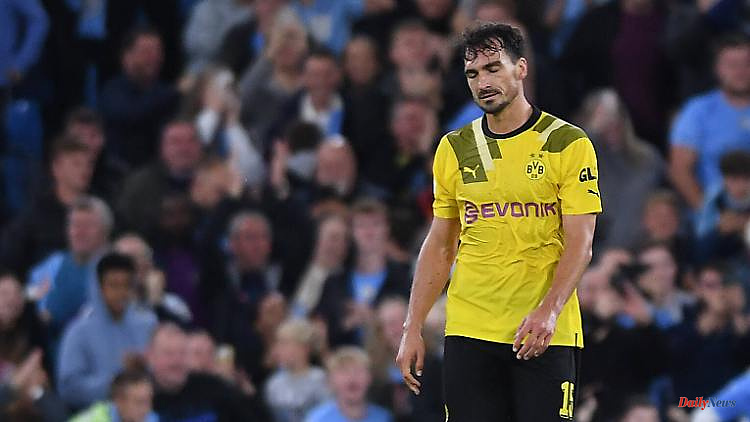 80 minutes Borussia Dortmund is on the way to a coup in the Champions League with a strong performance. Then the 1-0 at Manchester City turns into a 1-2. And because the surprise was so tangible, emotions ran high afterwards.

While still on the pitch, Mats Hummels explained to captain Marco Reus what he thought of his defensive behavior at the turning point of the game. With a raised index finger, the defense chief of Borussia Dortmund approached Reus and gave him a short but apparently sharp announcement. Shortly afterwards on the DAZN microphone, the 2014 world champion still hadn't calmed down.

"The frustration is very deep," said Hummels after the 2-1 defeat at Manchester City in the Champions League. BVB was still in the lead up to the 80th minute. "We had City right where we wanted them." But you have to "go over the limit up to the 95th and do every meter that hurts". The addressees were clear: Reus, who approached John Stones hesitantly before the equalizer (80th). And Emre Can, who allowed the cross in front of the artistic kung fu winning goal of ex-Dortmunder Erling Haaland (84th) with a certain safety margin and a slightly raised leg. "We were all there," complained Hummels: "But we're not going to it."

BVB played really well on Wednesday evening. For Haaland, the Dortmunders even "played one of the best games I've seen from them in recent years". But because Jude Bellingham's goal (56th) wasn't enough to win or even get a point, the frustration and tension were particularly great afterwards. Especially since BVB has to go into the first derby since Schalke's resurgence on Saturday with two defeats in a row, albeit of different nature. Reus, who set up Bellingham's goal, did not appear before journalists on Wednesday night.

Vice-Captain Hummels posted a joint jubilant picture of the two during the night. Sebastian Kehl didn't want to exaggerate his previous statements either. "I can understand that Mats is frustrated," said the sports director, who hugged Reus, who was also visibly battered, on Thursday afternoon before departure: "He's just disappointed that we didn't reward ourselves for the very good game. But it's not always possible to be where you need to be for 90 minutes."

For 80 minutes, Dortmund defended almost everything with an unusual defensive bulwark around Hummels and central defender colleague Niklas Süle as well as the equally strong Salih Özcan and Bellingham directly in front. And hardly let Haaland down. "I've rarely seen City so unimaginative," said Kehl. "We deserved at least one point. But we can't buy anything for that."

Because the celebrated hero was Haaland again in the end, but he was no longer wearing the BVB jersey like he was four months ago. When Pep Guardiola saw the Norwegian's spectacular winning goal on screen for the first time, he said "Oh my God". The Manchester City coach said, "I've never seen anything like it." And then it occurred to him. Yet. Once. On December 22, 1973. Through his absolute idol. That's why he gave his new top scorer the ultimate praise you can get from Guardiola: he compared Haaland to Johan Cruyff.

"When I saw the goal, I immediately thought: 'Aah, like Johan Cruyff,'" said the ex-FC Bayern Munich coach, for whom the Dutch football icon, who died in 2016, has a very special meaning. "Anyone who knows me knows the influence he has on me," said Guardiola: "As a person, as a mentor and as a coach." Guardiola once played under Cruyff at FC Barcelona. He also felt reminded of "my dear friend" Zlatan Ibrahimovic. "He had the ability to put his leg on his head," said the coach: "Erling is very similarly flexible and elastic."

The Norwegian enjoyed the lavish homage of the City fans and ran a small lap of honor alone. To explain afterwards with a mischievous grin: "We scored two beautiful goals today. But to be honest, mine was a little bit better." There were no objections. His hit - with the outside of his foot, jumping sideways with his back to the goal - was one that is very, very rarely seen. "An action that only Erling Haaland can implement," said Kehl. "It's my job to wait in the box for the right moment and to score goals," Haaland said matter-of-factly: "The moment has come and I've done my job." But with all the genius also because BVB allowed it. 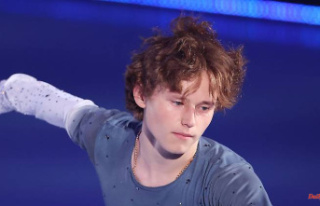