Actually, the joy of the national football players is great. 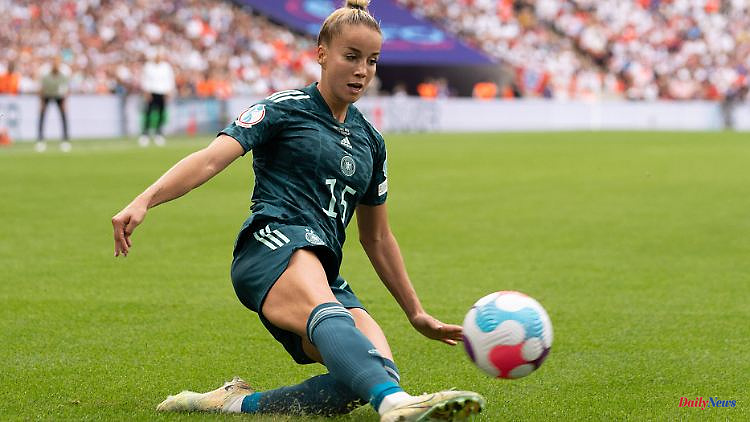 Actually, the joy of the national football players is great. Many fans are drawn to the first home game since the EM hype. So the attention is still there. But Giulia Gwinn is missing from the rerun of the semi-finals in England. The Bayern player is likely to suffer a serious injury.

"A shock" spoils the good mood before the first home appearance since the big hype at the European Championship. National soccer player Giulia Gwinn has probably torn a cruciate ligament again, national coach Martina Voss-Tecklenburg had to announce the day before the international match of the German national soccer team against France (8.30 p.m. / ARD and in the ntv.de live ticker).

The FC Bayern full-back was injured in training in Dresden on Wednesday and left straight for Munich to undergo further examinations. Details on the severity of the injury will only be given by your club, it said. Gwinn had already suffered a cruciate ligament rupture in the European Championship qualifier against Ireland in September 2020 and then fought back. The 23-year-old full-back was part of the national team at the European Championships in England. "It was a shock for us as teammates. We also play for them," said her club colleague Linda Dallmann.

Accordingly, Voss-Tecklenburg is in a quandary: "We get an incredible amount of support and support here," she said when asked about the mood. "Nevertheless, it doesn't leave us indifferent when a national team player gets injured. So I'm a bit divided." More than 25,000 tickets have been sold for the new edition of the EM semi-final, which the Germans won 2-1, only standing room is still available in the Dresden stadium.

The summer fairy tale of England could turn into an autumn spectacle for the EM heroines. "We're looking forward to the highlight game in front of so many spectators," said defender Kathrin Hendrich, while captain Alexandra Popp was happy "to have taken the hype with her". The final against England in Wembley (1:2 aet) was a little over two months ago. "It's in our hands that we continue to bring our performance to the pitch and continue to inspire people with our game," said Hendrich.

From a sporting point of view, the test should herald the next phase. With the World Cup in Australia and New Zealand (July 20 to August 20, 2023), the next highlight is coming up next year. After the DFB-Elf has already secured the ticket for it, "the tournament preparation begins for us from now on," said Voss-Tecklenburg: "The start against a world-class opponent like France in front of a great backdrop in Dresden is ideal for that."

Ann-Katrin Berger, who recently had to undergo cancer therapy again, celebrates her comeback in the squad. The return of the goalkeeper is "the best news about this international measure," said Voss-Tecklenburg. In addition to Gwinn, the 54-year-old also has to do without the two injured Sara Däbritz and Laura Freigang as well as Lina Magull, who is absent due to a corona infection.

The self-confidence is there despite the failures. Mainly because you "beat France in the semi-finals of the European Championship with extreme will and extreme mentality," said Popp, who shot Germany into the final with a brace.

Voss-Tecklenburg expects an "exciting comparison at the highest level". Exactly such games are "extremely important" for further development, said Popp. Because: "We are already aware of where we want to go. We want to play successfully at the World Cup next year" - and continue to inspire the fans. 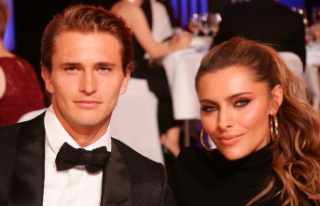