Robert Lewandowski speaks out with FC Bayern: After the world footballer accused his former club of lying a few days ago, he is now visiting Munich. 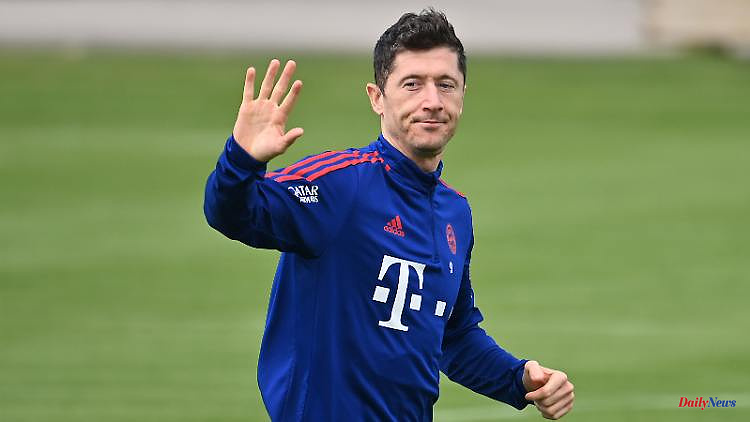 Robert Lewandowski speaks out with FC Bayern: After the world footballer accused his former club of lying a few days ago, he is now visiting Munich. A meeting with the club bosses is said to have gone "okay", saying goodbye to the team is "emotional".

World footballer Robert Lewandowski spoke again after his noisy farewell to Bayern Munich with the Munich club bosses and sports director Hasan Salihamidžić. "Everything is okay. I met everyone and now I can leave with a clean heart," the Polish international told Sky TV before leaving.

According to media reports, Lewandowski flew on to Munich on Sunday after the US tour of his new club FC Barcelona. In addition to a meeting with the executive floor, saying goodbye to his ex-colleagues was also on the agenda in the morning. "I thanked everyone for their support. It was an emotional moment," said the 33-year-old.

Before he returned to Säbener Straße, there had been another disagreement with Salihamidžić. "Last week was a bit complicated for everyone," said Lewandowski. Most recently, he had again criticized the behavior of those responsible at FC Bayern in the course of his move and spoke of "a lot of politics". In addition, the world footballer later accused "some people" of lying to the German record champions. They said "bullshit" about him, Lewandowski said.

Salihamidžić then described his feelings before the meeting as "emotionless" to "Bild". "I can't understand what he's said in the last few days. My dad taught me not to shut the door with my butt when I go somewhere," said the 45-year-old.

Lewandowski and his advisor Pini Zahavi provoked a change in the summer after failed talks about further cooperation. A veritable soap opera developed over several weeks. FC Bayern said "Basta" several times and said they really wanted to keep Lewandowski. The Pole even returned to Munich after the summer vacation and trained a few times with the new team. After eight years at Bayern, the striker finally switched to Barcelona for 45 million euros plus 5 million euros in bonuses.

1 Origin is a mystery: Huge hole opens up in Chile's... 2 Allegation of rape: Police arrest rapper Mystikal 3 Top model in the driving report: Kia EV6 GT - an unusually... 4 Baden-Württemberg: Pack your swimming trunks... -... 5 Bavaria: deer head found again: poaching? 6 Baden-Württemberg: boy freed from a beach chair in... 7 Saxony: After burglary: the police secure a wanted... 8 In the middle of the week it will be really hot again... 9 “Numerous evidence that climate change could reach... 10 Baden-Württemberg: VfB Stuttgart brings forward Pfeiffer:... 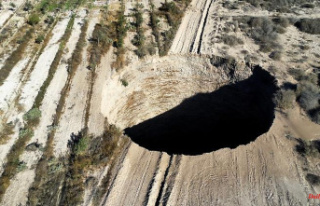 Origin is a mystery: Huge hole opens up in Chile's...