"Something died in me": Lewandowski wants Bayern departure "for more joie de vivre"

In the confusion surrounding Robert Lewandowski and FC Bayern, the Polish star player is now upping the ante: he lacks emotion with the German record champions - and he now wants to find it elsewhere. 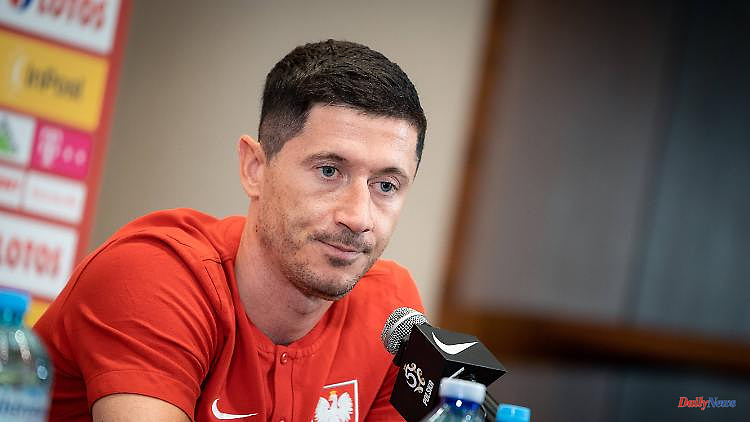 In the confusion surrounding Robert Lewandowski and FC Bayern, the Polish star player is now upping the ante: he lacks emotion with the German record champions - and he now wants to find it elsewhere. He thinks another season in Munich is out of the question.

Robert Lewandowski has again confirmed in the Polish media that he is leaving FC Bayern Munich this summer. In an interview with the broadcaster Onet Sport, the top scorer of the past season became much more emotional than in the past few weeks. "Something died in me, I want to leave Bavaria to have more emotions in my life," said the 33-year-old. "I just want to leave Bayern. The best way is to find a solution together," said Lewandowski. The Polish international's contract runs until 2023.

However, the star striker does not believe that Bayern will insist on the contract until the end. "Why should they do that? What player wants to come to Bayern when he knows it can happen to him?" he complained. He misses loyalty and respect from the club in this situation. "I've always been ready, I've had eight beautiful years here and met a lot of wonderful people - I want it to stay that way in my mind."

Lewandowski had already openly confirmed his desire to change this summer, a year before the end of his contract. "My story with Bayern is over. After everything that has happened in the last few months, I can't imagine further good cooperation," said the Pole, who is to be courted by FC Barcelona.

Only FC Bayern Munich does not seem to have made friends with the loss of its life insurance. After CEO Oliver Kahn and ex-president Karl-Heinz Rummenigge, acting FCB President Herbert Hainer also confirmed FC Bayern's clear stance against a change from Lewandowski.

"We are in the fortunate position that we don't have any financial difficulties. We want to have the best players and Robert is one of the best," said the 67-year-old to "Bild am Sonntag". "That's why I'm sure he'll play with us next season." Uli Hoeneß's successor explained that he could only support Kahn in his "Basta" power word on Lewandowski's whereabouts. Hainer pointed out that the 33-year-old Pole has a contract with Bayern until June 30, 2023. "And a contract is a contract! Where are we going if a player can end a contract early while we as a club would have to pay him in full up to the last day of the term? That's an inequality, it can't be like that."

1 Boris Johnson wins majority confidence vote 2 Soccer. League of Nations: Deschamps is "not... 3 Bonds on the up: Wall Street starts the week recovered 4 CarPlay with much more access: Apple relies on the... 5 Soccer. League of Nations: Still no win for the Blues,... 6 Football / France Espoirs Team. The Bleuets to Euro... 7 UNITED STATES. Five far-right activists are charged... 8 700 problem reports a day: railway workers draw mixed... 9 Saxony-Anhalt: Minister: Take stock of the start of... 10 "Yeah against lights": Lights blunders when... 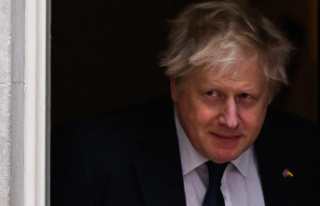