Dutch wildcard starter van Rijthoven puts defending champion Djokovic under pressure in the first half of their round of 16 at Wimbledon but misses the sensation. 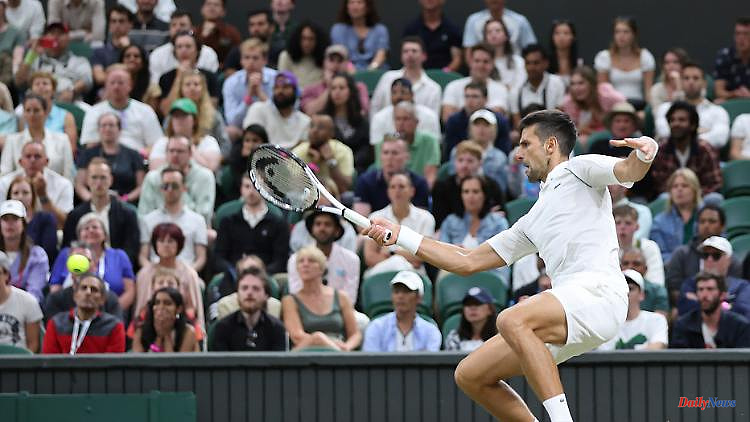 Dutch wildcard starter van Rijthoven puts defending champion Djokovic under pressure in the first half of their round of 16 at Wimbledon but misses the sensation. In the quarter-finals of the grass classic, Djokovic now meets someone who delivers a small sensation in his round of 16.

Defending champion Novak Djokovic has reached the quarter-finals of the Wimbledon grass classic for the 13th time in his career. The 35-year-old Serb prevented a sensation on Center Court with the 6: 2, 4: 6, 6: 1, 6: 2 against Tim van Rijthoven. After winning the tournament in 's-Hertogenbosch, his Dutch opponent only made it into the main draw with a wild card. After the surprising loss of the second set, Djokovic quickly regained his sovereignty.

The 20-time Grand Slam tournament winner is still striving for his seventh Wimbledon title and now meets Jannik Sinner from South Tyrol in the round of the top eight. In the duel of the young stars, the 20-year-old defeated the number five seeded Spaniard Carlos Alcaraz 6: 1, 6: 4, 6: 7 (8:10), 6: 3 and is in the Wimbledon quarter-finals for the first time. The 19-year-old clay court specialist Alcaraz defeated the two German tennis professionals Jan-Lennard Struff and Oscar Otte in the tournament.

Veteran star Venus Williams was eliminated in the round of 16 on her tennis comeback in mixed doubles at Wimbledon. The 42-year-old American lost alongside Briton Jamie Murray against his compatriots Jonny O'Mara and Alicia Barnett 6: 3, 4: 6, 6: 7 (16:18). Williams last completed an individual on the WTA tour at the end of August last year. She has won seven singles titles, 14 doubles titles and two mixed doubles titles in her career in Grand Slam tournaments.

Her sister Serena celebrated her singles comeback on Tuesday after a year-long injury break. The 40-year-old was eliminated in the first round in three sets by French Harmony Tan.

1 Lyons. He blocks the metro line B by pulling the emergency... 2 After Tadworth attack, E-scooter rider is admitted... 3 "Excellent" against pandemic: medical officers... 4 Working late and early: According to the DGB study,... 5 Suspect: 22-year-old Dane: three dead in shooting... 6 Hesse: U-Committee interviewed lawyer behind closed... 7 MPs demand ban by the UK on two CCTV companies in... 8 In a decade, the number of pubs has fallen by 7,000 9 Cost of living: How do I save money on food? 10 Without Russian gas in winter: Federal Network Agency:... 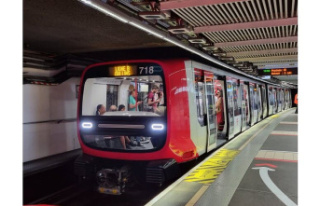 Lyons. He blocks the metro line B by pulling the emergency...