İlkay Gündoğan snatched a historic title chance from his ex-coach Jürgen Klopp with a brace. 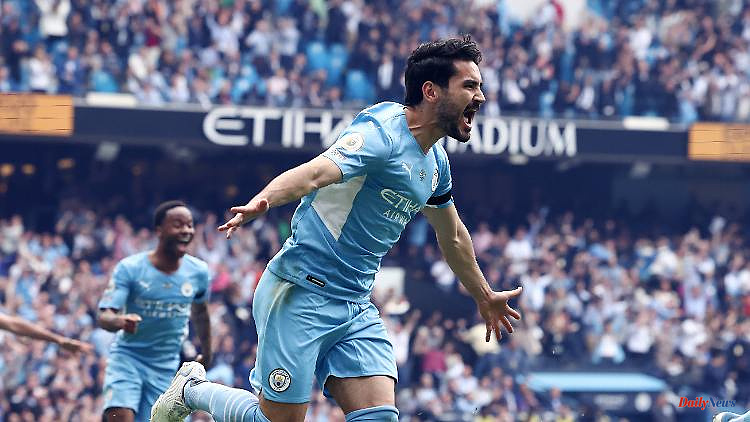 İlkay Gündoğan snatched a historic title chance from his ex-coach Jürgen Klopp with a brace. Like Sergio Agüero, the international for Manchester City becomes a hero in the season finale. It is not clear whether the Skyblues will continue for him.

İlkay Gündoğan should travel to the training camp of the German national soccer team in the best of moods. He'll probably tell one or two teammates in Marbella again this week about this crazy season finale in the English Premier League. It was one of the most emotional days of his career so far, Gündoğan wrote on Twitter after he shot Manchester City to their fourth championship title in five years with a brace on Sunday. The joker who became a hero - and still faces an uncertain future with the Skyblues. It offers special material, the Gündoğan story.

City were 2-0 down at Aston Villa when the midfielder came on in the 68th minute. Eight minutes later, the 31-year-old scored to make it 1-2, and five minutes later to make it 3-2. Manchester won the game - and the long-distance duel with Liverpool FC, who also won 3-1 against Wolverhampton Wanderers. Gündoğan not only prevented his team from having a season without a title. He also snatched a possible third trophy with Liverpool this season from his former coach at Borussia Dortmund, Jürgen Klopp, and thus the chance for the historic quadruple from under his nose.

After all, Klopp and the Reds can still win the third trophy after the League Cup and the FA Cup in the Champions League final against Real Madrid next Saturday in Paris. However, Gündoğan dashed their hopes of becoming the first English club to win four titles in one season. "No maximum reward today," said Klopp, who has just extended his contract at Liverpool until 2026. "But we're going to get them. It's about moving on, and we're going to do that." What he learned in life: "If you keep at it, if you keep going, you will be rewarded."

On the final day of this exciting Premier League season, that was especially true for Gündoğan. His late league goal was reminiscent of that scored by Sergio Aguero ten years ago. At that time, the Argentine only scored in stoppage time to make it 3-2 against Queens Park Rangers - and win the title for City. A statue was recently erected in front of the Etihad Stadium for Aguero, the all-time leading goalscorer and now a living legend at the club. For Gündoğan, despite his heroic deed on Sunday, there shouldn't be.

It's not even clear if the midfielder will return to Manchester next season. His contract with City runs until June 30, 2023. The "Daily Mail" reported last week that Gündoğan would be free to look for other options in the summer due to his merits. It is unlikely that he will extend the contract. The fact that Gündoğan, who moved from Dortmund to Manchester in 2016, only started 20 of 38 league games this season, could support the thesis.

Coach Pep Guardiola, who also came to the Skyblues six years ago and whose first transfers included Gündoğan at the time, the ex-Borussian's alleged farewell considerations were completely new a few days ago. Before the game against Aston Villa, Guardiola said there was no thought that Gündoğan might not be there anymore. The rumor mill is now likely to seethe even more than before. The national player has probably increased his market value again as a match winner and master maker. Now it will be exciting to see which chapter of the Gündoğan story will be next. 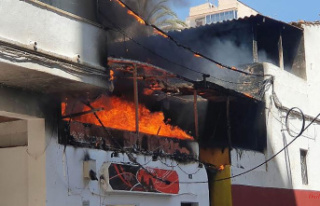