The Norisring has its own rules: What sounds trite has a tradition in the DTM. 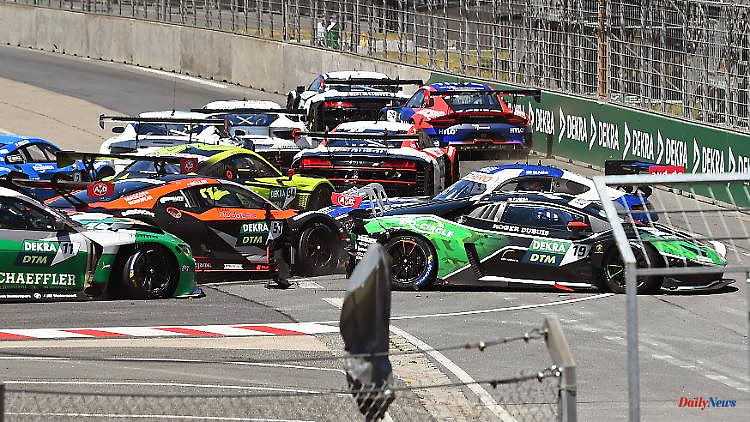 The Norisring has its own rules: What sounds trite has a tradition in the DTM. This weekend, the motorsport series is once again causing millions in damage, especially on Saturday, the racetrack is like a junkyard at times.

A wickedly expensive junkyard and two surprise winners: the Norisring, a traditional DTM location, has its own rules. After the premiere success for Porsche by the Austrian Thomas Preining, the Brazilian Felipe Fraga won in a Ferrari on Sunday on his 27th birthday in "Franconian Monaco". Above all, however, there was talk of destroyed suspensions and a lot of bent sheet metal.

"I've rarely experienced anything like this," commented three-time DTM champion René Rast in the Audi at the crash festival on Saturday: "It's going to be really expensive. I'm not even sure if everyone has enough spare parts available." The total damage was probably in the millions, the race management rounded up the drivers before the race on Sunday and called for discipline.

The appeal paid off. In contrast to the day before, when after countless collisions and safety car phases only eleven of the 27 drivers who had started reached the finish line, the protagonists in the eighth race of the season literally went into the battle for positions with the handbrake on.

The winner of the weekend was Rast, who finished both races in third place and is suddenly fully involved in the fight for the title. At the halfway point in the season, Rast has 79 points, ahead of him are only the Italian Mirko Bortolotti (Lamborghini/89), who was second on Sunday, and the South African Sheldon van der Linde (BMW/80), who had two points at the Norisring.

DTM newcomer David Schumacher in the Mercedes retired from both races after collisions. The son of former Formula 1 driver Ralf Schumacher is still waiting for points. Defending champion Maximilian Götz in the Mercedes achieved sixth place twice. Next DTM station is the Nürburgring (27th/28th August). There are a total of eight race weekends with 16 races, the series finale will take place on August 8th and 9th. October at the Hockenheimring. 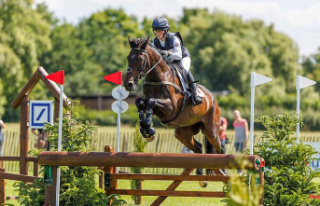