In the absence of the injured Alexander Zverev, Oscar Otte is currently Germany's top tennis player. 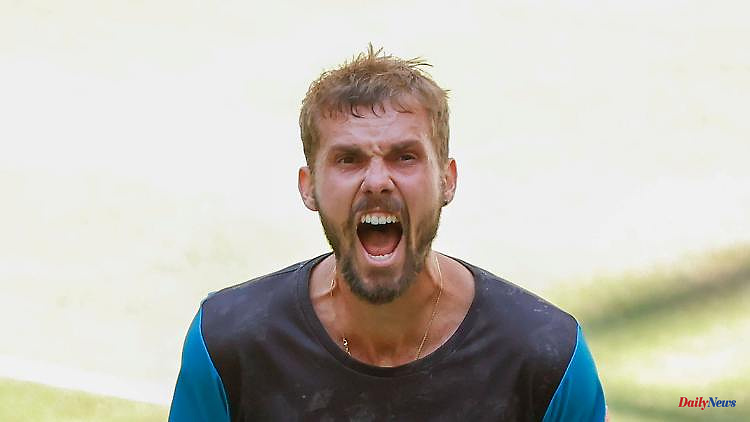 In the absence of the injured Alexander Zverev, Oscar Otte is currently Germany's top tennis player. And the 28-year-old is becoming a crowd favorite at the home tournament in Halle. The man from Cologne is in the quarter-finals of the lawn tournament - and he's not without a chance there either.

After reaching the quarter-finals of the lawn tournament in Halle, Westphalia, Oscar Otte cried out his joy and relief. "It's great that I'm through," said the 28-year-old tennis pro from Cologne after his 4: 6, 6: 0, 7: 6 (7: 3) in the round of 16 against the Georgian Nikolos Bassilashvili. With his second match ball, Otte made progress perfect after 1:56 hours. At least one German has reached the quarter-finals of the ATP event, which is endowed with 2.275 million euros.

In the absence of the injured Alexander Zverev, hopes rest on Otte. "You can tell. You don't want to be the last German to leave here," said the German number two. "I still can't really believe it. I'm enjoying the win for now." In the fight for the semi-finals, Otte will face Karen Chatschanov on Friday. The Russian prevailed against the Serb Laslo Djere 7: 6 (7: 4), 6: 4.

Otte got off to a weak start in the OWL Arena and conceded a quick break. The player from Cologne served well afterwards, but Otte had big problems on the return game. Only when the score was 4:5 did he earn the first two breakballs, which he was unable to use. Instead, Basilashvili got the first set after 36 minutes in the second attempt.

But Otte improved. The Davis Cup professional managed a quick break in the second half, after which he had the game under control and after 1:06 hours of play managed to equalize the set 6:0. In the third round, Otte and Bassilashvili gave nothing. When the score was 5:5, Otte had to survive a critical phase with two breakballs, but fended off both. The first with a spectacular volley while falling. The momentum was now on Otte's side. In the tie-break he made progress to the cheers of the spectators perfectly. "The spectators carried me today," said Otte.

World number one Daniil Medvedev also made it into the quarterfinals. The Russian won against Ilya Ivashka from Belarus 7:6 (7:4), 6:3, but had to fight hard in the first set. Iwashka, who had defeated local hero Jan-Lennard Struff at the start, missed three set points before Medvedev got the match under control. After 1:36 hours, the number one in the world used the third match point.

1 Speedster alert at the international match: "Ernie"... 2 Blown against facade: kitesurfer dies in storm in... 3 Murders in the Amazon: representation of Brazil's... 4 Corona break ended: great sigh of relief on the fjord... 5 Rival slain?: Police are looking for a fugitive violent... 6 Fire out of control: forest fire in Brandenburg: district... 7 Trip with Jill: US President Biden falls off his bike 8 First hot weekend of the year: Heat in Germany - Sahara... 9 Mysterious action on the Autobahn: Parcel messengers... 10 Anti-Semitism at Documenta: Steinmeier draws clear... 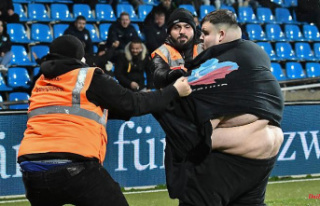