St. Pauli is in trouble: Kaiserslautern breaks the "Betze Ban" 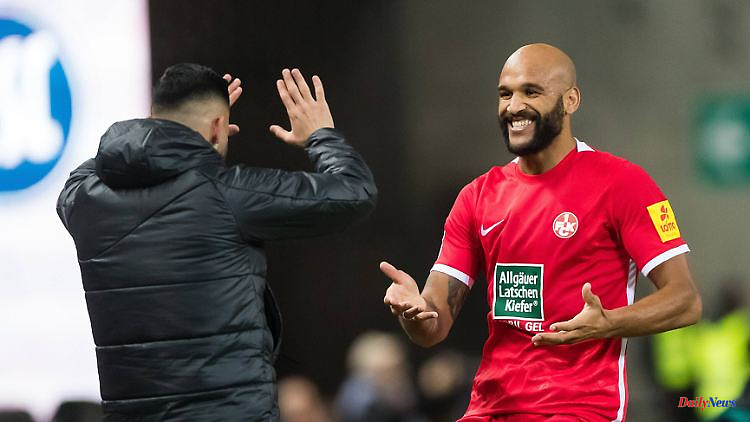 1. FC Kaiserslautern cannot win six games in a row at home, although the promoted team often plays well in these games and is close. On the 16th matchday of the 2nd Bundesliga, a home win finally succeeds again - in a special game.

1. FC Kaiserslautern won the southwest derby against Karlsruher SC. On the 16th matchday of the 2nd Bundesliga, the Palatinate defeated their rivals 2-0 (1-0) in front of their home crowd. The goals were scored by Terrence Boyd (34th minute) and Kenny Prince Redondo (86th). Kaiserslautern is now knocking on the upper ranks with 26 points. The KSC, on the other hand, has to orient itself after the fifth league defeat in a row with 17 points down.

In front of 43,852 spectators in the Fritz Walter Stadium, Karlsruhe determined the game in the first half, but Kaiserslautern scored the opening goal. Boyd completed a nice combination of Jean Zimmer, Philipp Hercher and Marlon Ritter to make it 1-0. The game continued similarly after the break. KSC practically played for a goal, had more possession of the ball, but couldn't find any gaps against the compact defenders from the Palatinate and couldn't create any great opportunities. On the other side, Redondo decided the game after 86 minutes after a counterattack in favor of the promoted team. The Palatinate were finally able to celebrate a home win again - the last time they had won was on August 7th (2-1 against FC St. Pauli).

SC Paderborn suffered a sensitive defeat in the East Westphalia duel against Arminia Bielefeld and missed the return to the promotion zone. At 0:2 (0:2) the team of coach Lukas Kwasniok, who had to cope with the red card against keeper Jannik Huth in the 8th minute, conceded the third bankruptcy in a row in front of 15,000 spectators in the sold-out Paderborn stadium. Janni Serra (40th minute) and Sebastian Vasiliadis (45th 2) scored the goals for Arminia, where Lukas Klünter had to leave the field with yellow-red (70th).

Paderborn's goalkeeper Huth was given a red card for a handball outside the penalty area. Outnumbered, the home side acted clearly unsettled. The relegation-threatened Bielefeld side were the more active team, created a few chances to score and used the mistakes in the SC defense to take a 2-0 lead before the break, which Paderborn goalkeeper Leopold Zingerle, who was substituted on, could not prevent.

After Klünter was sent off, the Kwasniok team increased the pressure, but didn't have any punch in the end. Bielefeld remains in last place in the table despite the derby success, but draws hope in the relegation battle with their fourth win of the season.

Hannover 96 prevented Fortuna Düsseldorf from winning their fifth competitive game and passed their direct competitor in the promotion race. Lower Saxony won 2-0 (2-0) against the team coached by Daniel Thioune. 96 left the club from the Rhineland and SC Paderborn, who surprisingly lost to Arminia Bielefeld, behind and moved up to fourth place in the table. After a long throw-in by defender Jannik Dehm, who was new to the starting XI, attacker Havard Nielsen (34th minute) provided the rather surprising lead with a direct acceptance. After that, the hosts got stronger and Cedric Teuchert (43rd) increased for 96 before the half-time whistle.

In the first half, the tactically well-adjusted guests determined the game and didn't leave 96 many chances. The home team made a few ball losses before the lead and hardly got access. Both teams created a few good chances to score in the second half. 96 goalkeeper Ron-Robert Zieler didn't allow any tension to arise and thwarted several more shots from Düsseldorf (69th/75th).

FC St. Pauli does not come from the table basement. Hamburg drew 0-0 in a low-level duel from the north of Holstein Kiel and are only one point clear of a relegation zone ahead of their rivals' games on Wednesday. The Hamburgers remain undefeated at home, but due to their blatant away weakness they should at least score three points at home. But that was not possible with the disorganized performance against KSV Holstein.

The hosts struggled against the "upper second division quality", as St. Pauli coach Timo Schultz describes Kiel. They acted nervously, made multiple misplays or technical errors. The Kielers took the pace out of the game, lured the locals out of their half and had dangerous actions in front of the St. Pauli goal.

However, the 29,546 spectators in the sold-out Millerntor Stadium did not see a game worth seeing. The greatest chance was missed by Kiel's Lewis Holtby, whose shot was blocked by Eric Smith after Hamburg goalkeeper Nikola Vasilj had already been beaten (35'). At the other end, Australia's Connor Metcalfe had the best opportunity for the hosts, but his shot was parried superbly by 20-year-old Tim Schreiber in the Kiel goal (41'). Otherwise there was a lot of boredom. 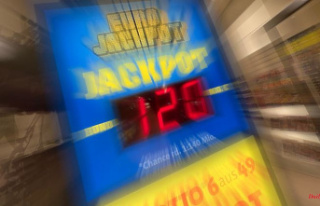