VfL Bochum is fighting for relegation in the Bundesliga. 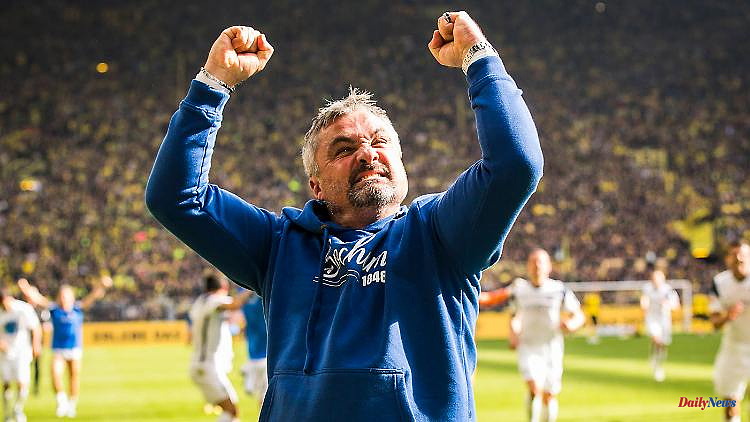 VfL Bochum is fighting for relegation in the Bundesliga. After a completely botched start to the season, the team is already chasing the competition. Coach Thomas Reis has to go. But his end is much more than the story of a sporting descent.

People who are not particularly familiar with what is happening at the bottom of the table in the Bundesliga will not have been surprised on this Monday afternoon that VfL Bochum no longer wants to employ their coach Thomas Reis. Those people use simple mathematics as a basis: six games, zero points, four goals scored, 18 goals conceded. In a meritocracy, and that is professional football, these are not convincing numbers. But things are not that simple in Bochum. People who are familiar with what's going on at the bottom of the table in the Bundesliga know that. There is much more to the dismissal than the rapid sporting downturn at the start of the season, with which this separation is now officially justified (or co-justified). Episodes of this story are almost intriguing.

The decision against Thomas Reis devoured the club internally. And the environment at the same time. How much everything has now been torn to shreds, how great the anger about this heroic sacrifice is, will be revealed in the stands next Sunday. Then 1. FC Köln is a guest. Then U19 coach Heiko Butscher is on the sidelines. It's the interim solution. A new boss is being sought. A first cautious anger prognosis: it gets heated, not heated against Butscher, heated against your own club leadership. The understanding for the ex-player's expulsion, who had worked successfully for three years and gave the club its own DNA again with his courageous game idea, is rather low. And that's probably still the truth in beautiful. An uncomfortable day is in the offing, especially for boss Hans-Peter Villis. He is considered by the fans to be irreconcilably responsible for the expulsion. The fact that he was not present at the media round about Reis' exit, but instead put the burden of responsibility on the new Managing Director Sport, Patrick Fabian, was not well received by the fans.

The decision against Thomas Reis is a heroic sacrifice that they didn't want to bring to "anne Castroper". The 48-year-old got the club out of the "shit" (quote from striker Simon Zoller), led them to promotion and last season sensationally led them to stay up in the league. Sensational, especially in the way, with magical moments (against FC Bayern and at Borussia Dortmund) and magical goals. Rarely has the football world in the center of the Ruhrpott been so inspired by happiness as at the beginning of May. In the city's legendary Bermuda Triangle, players and fans celebrated an uninhibited party. It was a night that should never have ended. It was a night of euphoria. It was the last night of euphoria.

On purple clouds one dreamed of being able to take the Freiburg route. With a coach in whom you place unlimited trust, in whom you forgive setbacks. With a clever transfer strategy of talents from our own training and players with development potential. It wasn't just a dream, it was already alive. Players like Armel Bella-Kotchap (now playing for FC Southampton), Milos Pantovic (now playing for Union Berlin) or Elvis Rexhbecaj (was loaned, now plays for FC Augsburg) symbolized the way. With Reis, they dreamed of having found a kind of Christian Streich in him. The willingness to stand together in good and bad times, it was gigantic. Inviolable.

Now, in mid-September, the world isn't purple anymore. She's not just grey, either. She is black. With Reis, the second hero falls into an uncertain future. The fact that cynics see things differently and that the coach will soon see Schalke is the quirky punchline of a grueling theatre. The shredding of the wonderful football world in Bochum began with the resignation of sports director Sebastian Schindzielorz. Over the years, he had strengthened the squad with transfers that were as surprising as they were tailor-made, making Thomas Reis' courageous and inspiring football possible. Whether players like Robert Zulj, Christian Gamboa, Gerrit Holtmann, Sebastian Polter or Rexhbecaj, they came and they delivered. Because Reis trusted these "dent players," made them better. It was a successful collaboration between the Bochum ex-players. The reasons for the end of Schindzielorz remained just as puzzling (it was probably about a lack of backing and appreciation), as now the contract theater around Reis, which the coach stumbled more on than the last place in the table.

The transfer summer was difficult, tough, risk-free, Schindzielorz was still responsible, although the separation had already been decided, and the start of the season was bumpy. But the grumbling "anne Castroper" was still more of a soft, almost imperceptible singsong. One was only amazed that the contract with the coach, which expired in the summer of 2023, had not been extended long ago. And about the fact that record income from transfers (over 13 million euros) was only offset by mini-expenditures for newcomers (750,000 euros). But the confidence that the well-restructured squad would work was there. But the situation suddenly changed when, a good two weeks ago, the club received the message that Reis had not only attracted the interest of district rivals FC Schalke 04 in the summer, but had even asked for approval for an early change. Reis denied this vehemently and passionately. Several media, led by the "Bild" newspaper, objected and claimed that it was as written.

The fact is: Reis' advisor is Maikel Stevens, the son of Schalke's coach of the century Huub Stevens. In addition, Reis and Schalke's sports director Rouwen Schröder know each other from their VfL times together. The lines should therefore be short and an interest in Gelsenkirchen after the rise and the retirement of interim coach Mike Büskens is understandable. The environment fell into wild chaos. What is true? believe who Word agains word. Without warning, the topic crashed into an already shaky mood surrounding the coach's unclear future. The topic struck just before the two groundbreaking duels with Werder Bremen and Schalke 04. Although the matter with the Schalke interest was long overdue.

The club showed no understanding when Reis publicly pondered that he would be looking for a job next summer (as of now, that is, back then). A wrong image was conveyed, the image of a hesitant club. But, see above, things are not that simple at VfL. Reis had to admit that there were offers from VfL. But the coach had rejected her. Apparently it was a release clause. And less about the money, as the coach emphasizes. That seems quite credible, at least in light of the fact that the finances of the traditional club from the neighboring city, i.e. FC Schalke 04, are completely ailing.

The fans sided with Reis. Both in the home game against Werder Bremen (0:2) and in the explosive duel against Schalke (1:3) there was only support, no abuse, no whistles. Not against rice. Not against the team. And she followed her trainer to the end. That's how Reis saw it and promoted himself. He even spoke of wanting to stay for several more years. The Freiburg way. No cracks. That's what the players said too. The performances were not outstanding, mostly solid. The team only had no chance against FC Bayern (0:7). The historic failure at the start of the season is the result of a complicated transfer summer, massive bad luck with injuries, individual mistakes and a lack of luck in the game. Explainable, but not enough in a meritocracy. Well, if the rice thing had been that simple.

After all: Heiko Butscher knows the Freiburg way. He has experienced it himself. 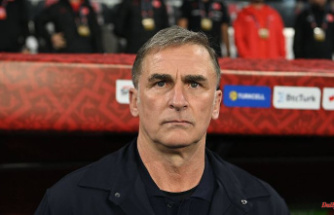 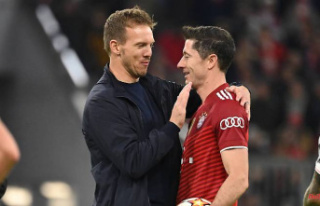