Striker enjoys the performance: Lewandowski found the change posse to be "hard work"

Robert Lewandowski has been verbally working intensively for weeks on saying goodbye to FC Bayern Munich. 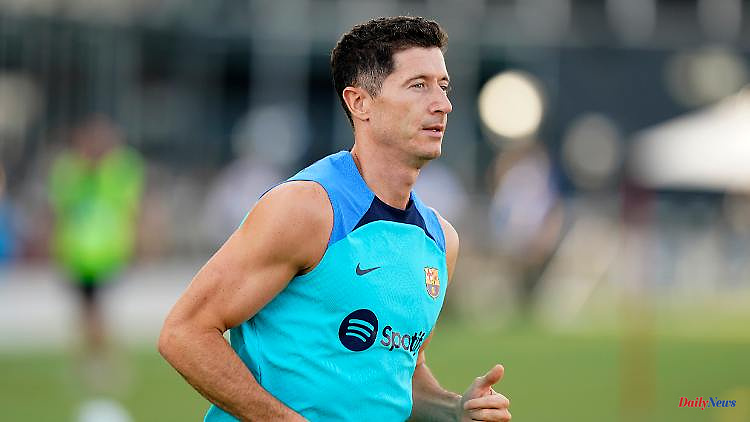 Robert Lewandowski has been verbally working intensively for weeks on saying goodbye to FC Bayern Munich. In the end, the world footballer is "very happy" because the "hard work" is paying off.

Robert Lewandowski was in a good mood for the first time when he presented himself publicly in the jersey of his new club FC Barcelona during his trip to North America. "I'm very happy to be here. It was very hard work to come to Barcelona, ​​but in the end I'm here," said the world player at his presentation in the bright sunshine in Miami. He is happy to be part of this great club with an extraordinary history. "We have big plans, we have a lot of potential and quality in the team and we want to win titles," said the Poland international.

The 33-year-old traveled to his new team from Munich via Mallorca at the weekend after FC Bayern Munich and Barcelona had agreed on a transfer after a week-long transfer posse. Lewandowski had initially made binding intentions to change at the end of the past Bundesliga season, and later worked towards his departure after eight years in Munich with increasing frenzy. With reference to a contract with the top earner in the team, which was valid until June 30, 2023, FC Bayern repelled any advances from the Lewandowski camp.

"I hope that I can train with the team quickly and be ready for the next game," said the world footballer. The star striker could make his debut with the Catalans against arch-rivals Real Madrid of all places. The encounter will take place on Saturday in Paradise near Las Vegas in the US state of Nevada. Still without Lewandowski, Barça won the first game of their North American tour on Tuesday against Inter Miami 6-0.

"It's a new challenge for me, I'm still hungry and I want to score a lot of goals," said the multiple Bundesliga top scorer, who introduced himself briefly in Spanish at the beginning of his speech.

1 Middle East A bombing attributed to Turkey kills at... 2 West Africa Mali expels the spokesman of the UN mission... 3 Energy The Government rejects the European contingency... 4 Television The summer specials of High Voltage already... 5 How How to write: pick up or pick up 6 United Kingdom Rishi Sunak and Liz Truss advance to... 7 International Boris Johnson's farewell before... 8 Chess Carlsen resigns to defend his throne in the... 9 Television Save me: Kiko Hernández throws beetles... 10 Nicaragua Daniel Ortega rules out agreements with... 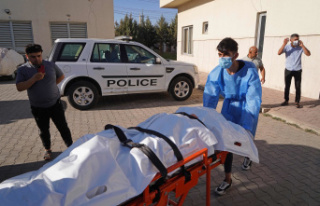 Middle East A bombing attributed to Turkey kills at...