Mario Götze leads Eintracht Frankfurt into the second round of the DFB Cup with a strong debut performance. 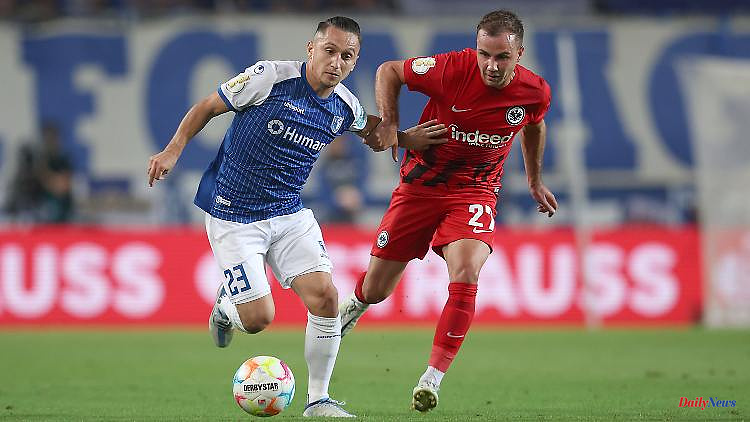 Mario Götze leads Eintracht Frankfurt into the second round of the DFB Cup with a strong debut performance. Also thanks to the immense presence of the Rio World Champion, the Europa League winner easily won his first round game against second division promoted 1. FC Magdeburg 4-0 (2-0).

After the faux pas last year, Europa League winner Eintracht Frankfurt safely cleared the cup hurdle with debutant Mario Götze. At second division promoted 1. FC Magdeburg, the Hessians came to a sovereign 4-0 (2-0) in the first round of the DFB Cup on Monday evening and are thus prepared for the Bundesliga cracker on Friday against record champions Bayern Munich.

The Magdeburg fans had just rolled out a huge choreo with Emperor Otto and an eagle in a closed cage when the ball was already in the FCM case. Kamada (4th) deliberately shot from the edge of the penalty area into the left corner. Filip Kostic did the preliminary work in cooperation with world champion Götze, who made his competitive debut for the Hessians.

Practically in return, Leonardo Scienza was knocked off his feet by Lucas Tuta in the penalty area. Referee Felix Zwayer immediately pointed to the point. Trapp dived early and saved Andreas Müller's weak penalty. Eintracht was lucky when Leon Bell shot the ball in the margin, only hitting the top edge of the bar.

FCM coach Christian Titz just ordered a change on the right side of defense against opponent Kostic after half an hour, when the left side was overrun. Ansgar Knauff is sent off steeply by Götze, but his shot fails at FCM keeper Dominik Reimann. Lindström (31') aimed right into the far corner to make it 2-0.

With the lead behind them, the Hessians became more and more mellow. Coach Glasner, who lost his first mandatory Eintracht game in the cup at third division SV Waldhof Mannheim last year, was warned anyway. Magdeburg played well at times, but made mistakes in the opposing penalty area. In addition, the guests were physically more dominant.

Shortly before the restart, first the guest fans, then later the FCM supporters, ignited pyrotechnics in their own block. The second half started with a slight delay. Big chances were in short supply at half-time. Eintracht played ripped off, waiting for mistakes, like in the 59th minute: Substitute Tatsuya Ito lost the ball in his own penalty area. After a Borré lay-off, Kamada shot sharply into the right corner.

1 CRISPR, Schalke, Reeperbahn: Is that Jauch's... 2 Terrorist organization: US announce strike against... 3 Employers' association: "Anti-social bullshit":... 4 Terrorist organization: US announce strike against... 5 Thousands of Iraqis protest against Sadr supporters'... 6 Ligue 1: Nice hires Welshman Aaron Ramsey and advances... 7 Covid-19: what is the rebound of positivity from which... 8 DFB-Pokal: Eintracht gains momentum for Bayern-Knaller... 9 Joko has to fight: "Who steals the show from... 10 Biden speech expected: Al-Qaeda boss al-Sawahiri apparently... 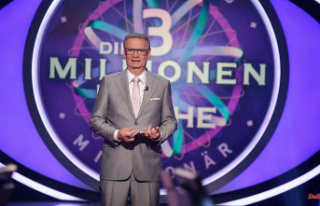 CRISPR, Schalke, Reeperbahn: Is that Jauch's...