Study on the Bundesliga: Dear "ProFans", sorry, but you don't speak for most football fans

Again the usual lament: commercialization, chopped up game days, lack of competition and so on and so forth. 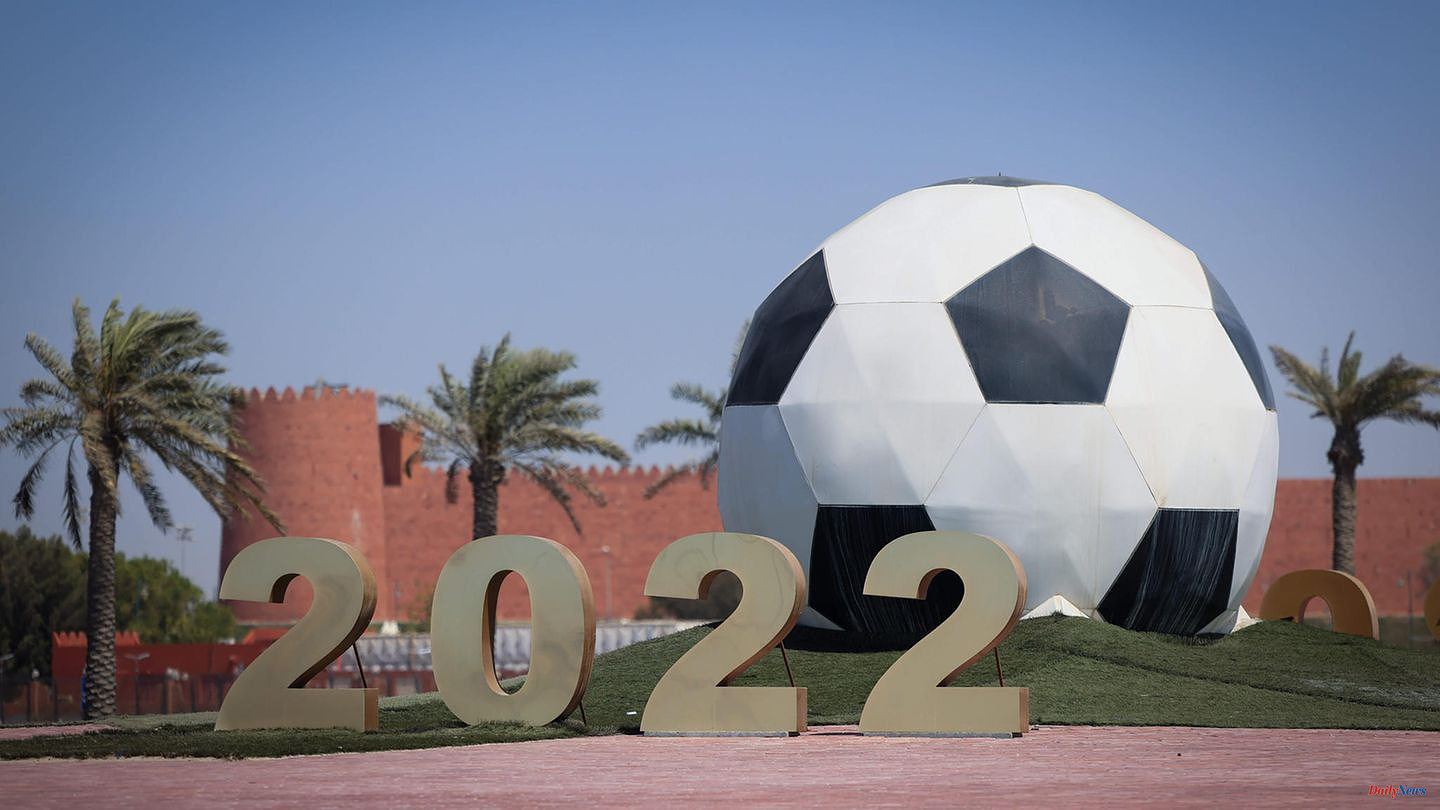 Again the usual lament: commercialization, chopped up game days, lack of competition and so on and so forth. It's not the case, dear people from "ProFans", that you have added new aspects to the eternally same thing, but now you "prove" your constant criticism of current football with a study. Conclusion: The Bundesliga has developed negatively over the past 60 years. And completely unironically you ask: "Who is the circus actually organized for?" You may not like the answer, but it is: For everyone who is not exactly ultras, omnicyclists, ground hoppers or otherwise has no life outside the stadium. So I guess: the vast majority of fans.

Unfortunately, in the meantime one always has to first send a justification in order to be able to satisfy certain lobby groups. So a few words about me: I saw my first game on August 6, 1980, second division opener VfB Oldenburg – Hertha BSC. Since then I've been going to the stadium regularly and I've been to roughly 600 games. I rarely go away, but I know about half of all Bundesliga stadiums. For the ground hoppers: I scored my last country point in September 2007 in Kaunas during the European Championship qualifier between Lithuania and the Faroe Islands. Out of necessity I had to play in the 3rd division for a few years, voluntarily also a little in the 4th World Cup games: three, national team matches: three, only in the European Cup I was never there live. In short: I imagine that I have formed one or the other opinion in all these years without a seat.

And that is: No, not everything was better in the past, as your study suggests. Of course not, even if some of your points are correct. As for the self-image and the dubious roles of football officials and their associations. Or the crippling and overwhelming dominance of clubs like Bayern Munich. And of course, the tiresome topic of money is of course enthroned above everything. But that's where it starts. Because the money was never distributed equally or even fairly. Neither in the Bundesliga nor at European level.

What are sheikhs or oil billionaires today were once patrons and patriarchs - from Jean Löring (Fortuna Cologne) to Karl-Heinz Wildmoser (1860 Munich) to Klaus-Michael Kühne (HSV) on whose mood and skill it depended how good the clubs financially. Without the shirt advertising inventor and Jägermeister boss Günther Mast, Eintracht Braunschweig would never have been able to get Paul Breitner back from Real Madrid to the Bundesliga in 1977 for what was then an incredible 1.6 million Deutschmarks. It is certainly no coincidence that the vast majority of traditional clubs have disappeared into underclass no-man's-land under the leadership of such, mostly autocratic, leaders. With the popularity of the sport came the money, and with the money came the pros. They have been with Bayern for a very long time, with RB Leipzig only for a few years.

Of course you also complain about the exorbitant salaries of the players and their mercenary mentality. Yes, there were legends like Uwe Seeler (R.I.P.), who always played for the same club for relatively little money. But he was an exception and not the rule. Does anyone know Michael Spies? That was a midfielder who was active in the mid-80s to late 90s. For a total of eleven! Bundesliga clubs. A record to this day. There are umpteen reasons for professional players to change clubs. Sporting, professional, family. And of course, financial. Of course, footballer salaries are exorbitantly high compared to average earners. However, only because there are people who are willing to pay them. And a lot of fans who are willing to pump their money into the system. Keyword fan article. Unfortunately, the widespread assumption that this means that urgently needed funds are missing elsewhere is a fallacy.

When the Erling-Haarland farewell approached in early summer and the first transfer sums were mentioned, the discussion began reflexively as to what could be done more meaningfully with all these millions. The problem: the sum wasn't already lying around in some casket anyway and was actually intended for the new artificial turf at Hamborn 07, the handicapped-accessible grandstand extension at FC Groningen and new jersey sets for the AEK Athens juniors, which unfortunately are now empty-handed. This sum only exists because there is the owner of Manchester City in Abu Dhabi who is willing to put this money aside. No 75 million without Haaland.

Or let's take the many kick-off times that you "ProFans" complain about. A short quiz question: Does anyone remember when the first Bundesliga season kicked off? At 5 p.m.! Then later at 4 p.m. Because that was too late for the players, especially in winter, they finally agreed on 3:30 p.m. But at that time the spectators in the stadium were the actual audience, television broadcasts were secondary. That's different for a long time. Much to the delight of fans who can't go to the stadium, by the way. Because they live too far away, because they have to work or because they simply prefer to enjoy the game in front of the screen in peace and quiet. Or because it is possible for hardcore junkies to be able to watch football non-stop from Friday 6 p.m. to Sunday evening at half past seven.

I'm sorry, but your criticism seems helpless and out of date. Which, I think, also has to do with a misunderstanding. Your organizations like "ProFans" think they speak for all supporters, but actually only do it for regular stadium-goers. I'm one too, but we're a minority. Football is televised sport and is viewed as such by clubs and associations. The deal is: The loyal followers and occasional visitors get covered places and don't have to watch any more mud fights. They are not only, but also the atmospheric backdrop for an expensive high-gloss product that is marketed worldwide under conditions that Europe, let alone Germany, has long ceased to decide on.

The World Cup in Qatar is seen as the ultimate betrayal of the values ​​of football. Regardless of the obvious environmental, health and safety and sustainability issues, why? Because the country has no football culture? And so it is not allowed to develop either? Because the tournament takes place in winter? The World Cup tournaments almost always do that for people in the southern hemisphere. Because we can't live out "our" fan culture as usual?

Much of what you criticize may be true. Many of my arguments have counterexamples. The only problem with "studies" like yours is that their backwardness doesn't advance all the necessary discussions. Your (Eurocentric) position is that of a loud but small minority. And who please, apart from a self-pitying bubble, should be the addressee? Because, and this rather sad realization is also part of it: The DFL, Uefa and Fifa do not (always) make decisions from a vacuum. Much of what they do is at least supported by a large number of people. Not just in the Bundesliga.

1 Investigations are ongoing: After the announcement:... 2 Dieter Bohlen: Fans celebrate his return to "DSDS" 3 Moments in TV history: revenge in the "current... 4 Friends pray for recovery: Anne Heche apparently in... 5 Darmstadt brings late victory: Red Devils make the... 6 Defensive, but with deficits: BVB discovers a special... 7 The weather week in a quick check: the heat wave is... 8 Wrong-way driver in one-way street: Explosion after... 9 Bavaria: damage in the millions in the fire of two... 10 North Rhine-Westphalia: Police dog puts alleged perpetrators... 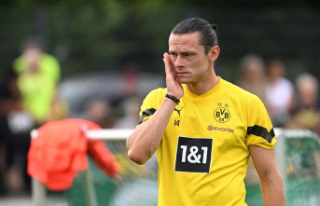 Investigations are ongoing: After the announcement:...