The situation at FC Bayern is extremely turbulent. 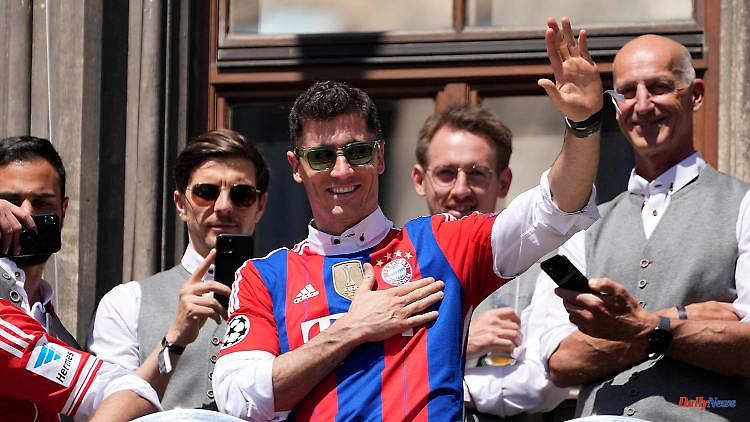 The situation at FC Bayern is extremely turbulent. The season ends with the championship and two cup disappointments. In addition, there is the theater about star striker Robert Lewandowski and the open future of Serge Gnabry. Uli Hoeneß classifies things with the record champions.

FC Bayern is fighting vehemently for Robert Lewandowski. And this fight keeps escalating to new levels. For the most accurate striker in the club's history after Gerd Müller, the successful chapter with the record champions is already history, consultant Pini Zahavi told the "Bild" newspaper on Sunday after sports director Hasan Salihamidžić had previously dealt powerfully in a "one-two". Uli Hoeneß, the man who was often driven by emotions himself, is now trying to be objective in this debate. In the RTL/ntv interview, the honorary president of the club provides plenty of fire-fighting water from Tegernsee to fight the source of the fire.

Lewandowski has a contract in Munich until the summer of 2023. In fact, the matter is clear: the record champions can also rely on their life insurance in the next season. But facts and football are all too often a couple that don't go together. In Munich, however, they rely on the fact that they have the sovereignty of action firmly in their hands. "I don't currently know anyone at Bayern Munich who would release Robert from his contract prematurely," reveals Hoeneß. Even if the Munich team had to let the next star go free next summer after David Alaba and Niklas Süle. The club is ready to face this scenario.

Also because there are no alternatives for Lewandowski, as Hoeneß reports in an interview. That sounds very different from the statements made by club boss Oliver Kahn during the championship celebration, who said that FC Bayern had a plan B, plan C, plan D. There had been many rumours, from Sebastién Haller (Ajax Amsterdam, BVB seems to have more prospects in the race) to Romelo Lukaku (Chelsea FC) and Sasa Kalajdzic (VfB Stuttgart). "We obviously haven't found one yet, so our opinion is clear." Means: The striker has to stay. Until 2023. Or beyond?

Hoeneß is betting that things might change. Things like the Poles' unconditional desire to leave Munich. "If he stays, plays well and continues to feel super comfortable in Germany with his family, maybe he'll come in January and say: Wow, I like it here so much, maybe I'll stay two or three more years." FC Barcelona has placed itself as a major competitor in courting the 33-year-old's favor. One thing that stunned Hoeneß. "They supposedly want Lewandowski, six months ago they were still in debt with 1.3 billion euros. They have to be artists, in Germany you would have been insolvent for a long time! 1.3 billion in the lousy, always the insolvency judge at the door and then if you make the FC Bayern player an offer in the X million amount, you (editor's note: the media) would have to say: Do you (editor's note: FC Barcelona) still have them all ?"

Adviser Zahavi made it clear again on Sunday why Lewandowski wants to leave Bayern Munich. It's "nobody's money," he claimed, "neither Robert nor me. He hasn't felt respected by those responsible for months, that's the truth. FC Bayern hasn't lost the player Lewandowski, but the person Robert." It is also about alleged negotiations with storm force Erling Haaland and a bizarre dispute about an alleged offer (or not) from FC Bayern to its top striker.

Hoeneß, with whom the interview was conducted before the Zahavi statements, sees it differently. There is only one attraction in football: money. "The appreciation means euros, 99 percent." Tradition? Family atmosphere? The prospect of big games in front of a big backdrop? Nice, sure, but hardly important as an argument to convince players to switch or stay. "With Alaba it was just the money, with Süle it was just the money." According to Hoeneß, Süle, or rather his advisor, is said to have demanded 30 percent more than was offered. Hoeneß now also claims that the central defender at BVB gets a lot more with hand money than FC Bayern offered him. According to Hoeneß, he does not know what Lewandowski is like, it may also be about the contract period. Up to three years are under discussion.

However, Lewandowski is by no means the only contract issue that is stressing FC Bayern. There is also the story about winger Serge Gnabry, while the "Manuel Neuer case" has been resolved, the goalkeeper has extended until 2024. "It's the same situation as with Süle. I think he has a great offer from FC Bayern and now has to make a decision." Here, too, a departure without transfer is a scenario that is not far-fetched. One whose public rating enraged Hoeneß: "Your media drives me crazy with these free transfers. What do you want to do? Should you stuff the players with money until they say yes or maybe choke on it?" Hoeneß does not understand why nobody gets upset about the greed of players, but why FC Bayern is always criticized.

The record champion is in a bind. One that cannot be resolved, that must be accepted. At least if you don't want to leave your own path. Hoeneß: "I'd like to read in a newspaper that they understand FC Bayern." The 70-year-old poses a (rhetorical) question to those who criticize Munich for their behavior: "Do you want us to bring an oligarch in here? A Middle Eastern country? An American hedge fund?" If people wished for that, then the "game without borders" would also begin on Säbener Strasse. But Hoeneß is convinced that the fan scene doesn't want that. The strong criticism of the sponsorship deal with Qatar, which caused massive tensions and escalations at the 2021 annual general meeting, should serve as an important indicator for him.

However, as the patriarch makes no secret of it, economic conditions have changed as a result of the pandemic. The Corona period cost the club 200 million euros. The once legendary time deposit account has become a "small". You have to be creative and enthusiastic. He names Europa League winner Eintracht Frankfurt as a role model. While "one or the other artist of life" simply forgets the "losses of the pandemic", unreasonableness will not set in at FC Bayern, but the willingness to take risks when investing in a footballer that everyone involved is convinced of will increase.

Squad politics is actually a big topic in Munich. And the man on whom everything is focused, Hasan Salihamidžić. The sports director had to take massive criticism, even listen to whistles from fans at a championship celebration. Hoeneß spoke of a "witch hunt" - and manifested his criticism of the media: "There is no willingness in parts of the media to see FC Bayern neutrally." The honorary president cannot live with the fact that some journalists are driven by the daily thought of reporting something bad about the club. "If the reporting is factual, I have no problem with it at all. But if it's tendentious and permanently below the belt, then it hurts."

Hoeneß admits that criticism of Munich's last season is allowed. But there were more positives than negatives. The tenth championship, for example, the constantly sold-out stadium, the huge popularity of the club. On the other hand, the club legend is not satisfied with the Champions League defeat against Villarreal ("naively defended", "shouldn't have happened") and the second half of the Bundesliga, where some top performers had lost a lot.

It was a good season for coach Julian Nagelsmann, but "it's more to come!" That also applies to the management duo Kahn and Salihamidžić. Hoeneß doesn't like the fact that the coach often had to take on communicative tasks for the bosses. Because there was a lack of "help from above", Nagelsmann had to accept things that were not part of the original task. Especially after the annual general meeting last year, his successors (especially Kahn) should have taken over himself, even "if you get hit over the head, but you have to endure it." And if anyone knows, it's Hoeneß.

1 Some customers are still overwhelmed: Swiss Post sells... 2 North Rhine-Westphalia: Mask requirement in NRW local... 3 North Rhine-Westphalia: spray can on a hot stove:... 4 Bavaria: Three men are said to have stolen over 100... 5 Saxony: Start of applications for the Democracy Promotion... 6 Bavaria: Economy wants more relaxation of the 10H... 7 Mecklenburg-Western Pomerania: MV Werften: Potential... 8 Hardly any storage space, hardly any trade: the rich... 9 Bavaria: car rolls over child on skateboard 10 Charging infrastructure of the future: e-cars: How... 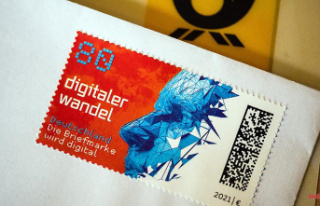