Andrew Redmayne came on as a substitute in the World Cup playoff game in the 120th minute. 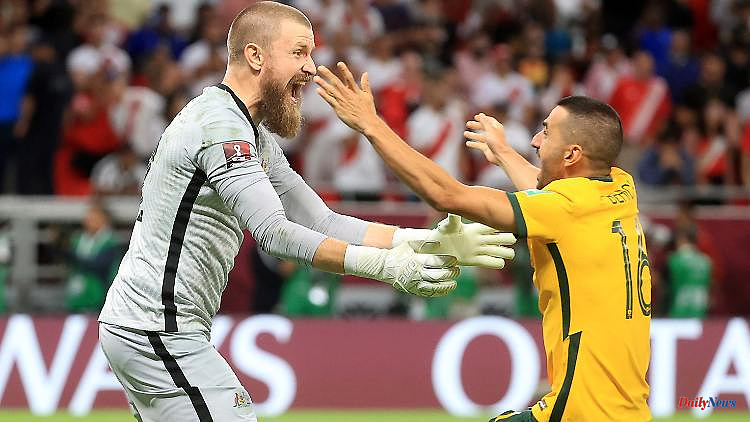 Andrew Redmayne came on as a substitute in the World Cup playoff game in the 120th minute. His mission: to secure Australia's ticket to Qatar on penalties. Its execution: as unconventional as it is brilliant. He has two Peruvian misses and is the celebrated hero.

Australia's new football hero made a video call to mom and dad for the first time. Andrew Redmayne, 33 years old and a 1.94 meter chicken with a distinctive full beard, came out of the dressing room long after the rest of the joy-drunk team around two German legionnaires. Redmayne is the reserve keeper for the Socceroos - and since Monday evening shortly before midnight local time in Qatar, and thus at breakfast time in his home country, he has probably been the most famous penalty kick zappler in his country.

No, he can't believe it yet, said Redmayne. "It's pretty surreal." In the 120th minute, the Sydney FC goalkeeper came on for captain Mathew Ryan, who played for Australia almost 70 times. "It has paid off in the best way imaginable," commented Australian newspaper The Age.

It was only his second appearance for the Socceroos in a competitive game, he was allowed to play against Nepal in June 2021. The brief stint was enough to make Redmayne famous. Even if he didn't want to know anything about it: "I wouldn't call myself a hero. I only played a small part in it."

But his contribution will not be forgotten in a hurry. Above all, it was the way Redmayne upset Peru's scorers in a 5-4 penalty shoot-out at the Ahmad Bin Ali Stadium in World Cup host country Qatar. He ran down the goal line, twirled his arms like a jumping jack, even did spins. It seemed a bit odd. "It confuses the player. You lose concentration," said Eintracht Frankfurt's Ajdin Hrustic.

Redmayne provoked two missed shots. One went to the post, he fended off the decisive last attempt himself. "He wrote a special story for himself and for us," said selection colleague Jackson Irvine. He himself was surprised by the personal feint by coach Graham Arnold. "Football is sometimes also psychology," emphasized the professional from the second division club FC St. Pauli.

"I told him before, you will be the big man, we need you," said Hrustic, who experienced the next emotional explosion himself after winning the Europa League with Eintracht. "Not many believed in us. But underdogs fight, fight, fight. Until the last second. That's exactly what we did," he said. "I've now achieved what I dreamed of as a child, but I want more. Coming to the World Cup is great, but we want to take the next step and show how good we really are."

The Australians will play their sixth World Cup appearance and fifth consecutively in Group D with France, Denmark and Tunisia. Two bring back memories of the World Cup four years ago. Eventual world champions France started the tournament with a 2-1 win over Australia, followed by a 1-1 draw against Denmark, and the Australians ultimately failed in the group stage because they lost 2-0 to Peru. Their best performance at a World Cup was reaching the top 16, which was in Germany in 2006. Now they want more. If only to give new penalty-taking hero Redmayne a chance to fidget in the knockout stages. 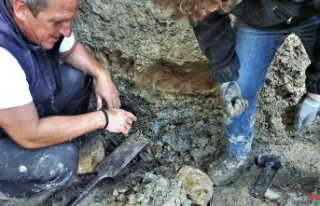