It went faster than expected: Oliver Bierhoff is no longer DFB director. 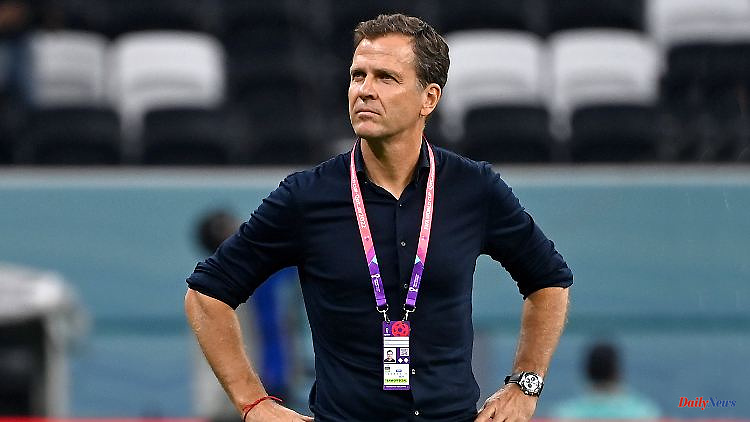 It went faster than expected: Oliver Bierhoff is no longer DFB director. The 54-year-old says goodbye to the DFB after 18 years and clears the way for a new beginning, which this time could even be one. Time is of the essence: In 18 months, the European Championship will start in Germany.

Eight years after the greatest triumph of German football in this millennium, the DFB is once again on the ground. Everything that shone on the night of Rio 2014 and made the German model a role model for all of Europe has long since been shattered, destroyed or crumbled. "It's ten years' work," said Oliver Bierhoff after beating Argentina 1-0 in the World Cup final. His resignation, with which he probably forestalls his expulsion, is now the result of his work over the past eight years.

The work of the former world-class striker as a DFB official can be divided into four phases: the rise from the rubble of the rumbling football of the late 1990s and early 2000s, the great World Cup success in Rio, the megalomania that followed with the absolute focus on the product and the resulting one

This is exactly where Bierhoff picked up German football in 2004. As in 2022, 2004 is the last correction opportunity before a home tournament. Disastrous World and European Championships in 1998, 2000 and 2004, interrupted only by a participation in the World Cup final in 2002, which is still mysterious to this day, let the anticipation of the home World Cup in 2006 sink to a minimum.

But with his coaches Jürgen Klinsmann and Joachim Löw, from 2004 he laid the foundation for the summer fairy tale and the subsequent triumph in Rio. Bierhoff creates the framework for the first world title since 1990, for the first major international title since 1996. Then the focus shifts. The golden World Cup is the starting point for the unleashed commercialization of the national team, which is suddenly supposed to appear as a brand. It is now called "The Team".

But a brand does not make a team. For a long time Bierhoff does not want to admit that the eventing of the national team has gone far too far and that the performances have remained the same bad for years. All of a sudden, the DFB team is world class only in slogans and PR (“buzzwords” and “stakeholders” are making the rounds more and more) and have not been on the pitch for a long time. Mercedes event shooting here, Coca-Cola fan zone there.

All purely sporting facts speak against everyone involved at the DFB since 2016. After losing in the semi-finals, the national team has never made it past the round of 16 at a major tournament. The double elimination at the World Cup tournaments in 2018 and 2022 in the preliminary round is a sad record. No episode of the German national team after the Second World War was less successful.

The lack of success also speaks against Bierhoff, who has not succeeded in promoting the right types of players. After winning the title in 2014, he and his team are focusing primarily on training technical system players. After the resignation of Miroslav Klose - and at the latest after the messed up World Cup 2018 - it became clear that Germany has a big problem with strikers. The "true nines" player type didn't exist and still doesn't exist. So Niclas Füllkrug, who was still playing in the second division a year ago, has to serve as a kind of savior in Qatar.

In general: Bierhoff's major project of the DFB Academy, which costs 150 million euros, does not offer a centralization of training, as is the case in France, for example, where heaps of top talent are springing up. Clubs and associations in Germany continue to play the biggest role in training, whether you think that's a good thing or a bad thing. Bierhoff, who retrained from full-time manager of the senior national team to being responsible for all selection teams, was never really able to accept and solve this problem.

But the style of play under the managing director Bierhoff has also caused frustration among the fans since 2016. Exhilarating performances like in 2010 or 2014 no longer exist. "We gambled away sympathies," admits the former striker here and there. But few actions follow the same slogans of reorientation forever, Bierhoff's handling of the crises repeatedly causes criticism.

The outgoing manager has been hanging on to Joachim Löw and himself for far too long. A farewell to the former world champion makers is already being demanded by many after the disgrace of 2018, also because both completely underestimate the topic of Mesut Özil and cannot manage the national team inside or outside. Coaches and managers alike never really understood what went wrong around the team in Russia, as the World Cup in Qatar is now showing. Bierhoff says he wants to get closer to the team after the World Cup in Russia so that the attitude is right in the future, but this point will still be an issue in 2022.

The EM 2021 is actually also a delivery date for Bierhoff, but after losing to England in the round of 16, you hear familiar sentences again - and he continues. Also because no new stimuli are set in his position, the DFB drives the boat into the sand again at the World Cup in Qatar.

The analysis of the renewed World Cup debacle is due this Wednesday. DFB President Bernd Neuendorf and DFB Vice Hans-Joachim Watzke will sit on one side and national coach Hansi Flick on the other. According to ntv.de information, it is likely that the former Bayern coach will lead the national team towards the home European Championship in 2024. It is still unclear who will follow Bierhoff.

With Bierhoff's departure and the impending departure from DFL boss Donata Hopfen, who is due to resign after just one year in office, German football is facing drastic changes in December 2022. They must now stop the rapid descent of Germany's most popular sport. 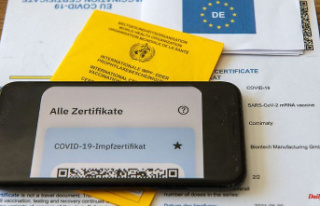