Super talent pushes in Formula 1: Oscar Piastri and his fight against the system

The Australian Oscar Piastri is about to advance to Formula 1. 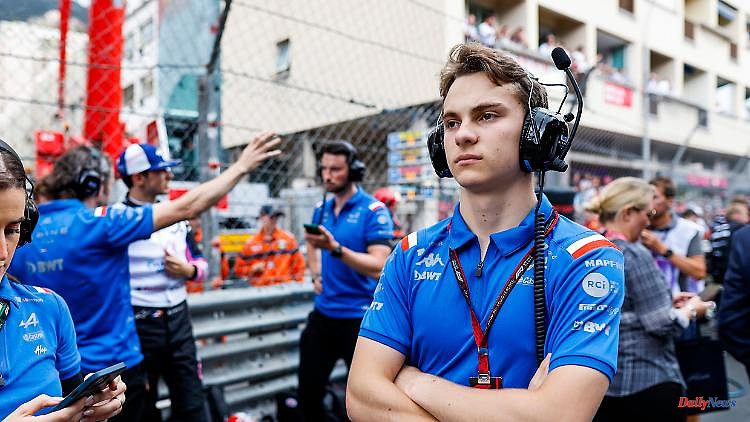 The Australian Oscar Piastri is about to advance to Formula 1. The 21-year-old has been causing a stir for a long time and is considered the greatest talent of recent years. On his way to the premier class, he even overshadowed two current drivers.

In Formula 1, summer is the time when groundbreaking decisions are made. And it is the time of "wild rumours", the "silly season", in which there is wild speculation as to which driver could end up where next year. The premier class is exactly in this phase. Far more than a "wild rumor" are the latest reports about a possible entry into Formula 1 by the Australian Oscar Piastri.

The 21-year-old is apparently about to be promoted and should be promoted from Alpine test driver to Formula 1 regular driver by the start of the 2023 season at the latest. According to the trade press, the French racing team could initially place him on loan at Williams, where Nicholas Latifi is already only on the road as "Lame Duck". "He's too good not to drive in Formula 1," believes ex-driver Martin Brundle, among others, that Piastri's rise is overdue.

Alpine Managing Director Laurent Rossi also considers the youngster to be prepared. He even goes a step further and says: "I would argue that at the moment there are drivers [in Formula 1] who are not as good as Oscar." The Alpine CEO speaks with full conviction - and the certainty that he has the greatest talent of recent years in his own team, because that's exactly what Piastri seems to be: a chosen one among the chosen ones.

The extraordinarily talented son of a genuine motorsport family, who was born in Melbourne in 2001, was evident early on. A remote-controlled monster truck that his father brought back from a business trip sparked his passion for the sport. "That led to the path I've taken so far," Piastri told the Guardian. He quickly took part in the first competitions. "In his first race ever, he drove against 20- and 30-year-olds and finished third at the age of six," father Chris recalled in the "Sydney Morning Herald" interview of the beginnings. At the age of nine, Oscar got into a kart for the first time. Even then, the family put everything on the motorsport card and sacrificed time and a lot of money for the career of the offspring. The pleasure cost around 50,000 Australian dollars - per year. The investment should pay off.

In 2015 the family decided to move to England. This allowed Oscar to compete with the most talented young drivers in the world over a full season. The 14-year-old did so well that promotion to the next higher Formula 4 followed promptly. "It was an incredible run in the junior categories," Piastri summarized years later, what then happened in Formula Renault, Formula 3 and Formula 2. The Australian won all three series back-to-back in 2019, 2020 and 2021, putting himself in the record books. Before him, only two drivers ever won the Formula 3 and Formula 2 championships in consecutive years. A certain Charles Leclerc and a young man named George Russell, now firmly established Formula 1 drivers.

The fact that Piastri, unlike Leclerc and Russell, was denied direct promotion to Formula 1 is due to the system. The winner of the Formula 2 championship has to leave the series, but Formula 1 refuses to guarantee the talents a permanent place for the following year - because money in the premier class is still at least as important as potential. That's why drivers like Latifi, Stroll or Zhou have a place, but Oscar Piastri doesn't (yet).

Of course, Piastri didn't get to the point where he is today without any money either. So far, his family, sponsors and other supporters have pumped between 5.5 and 6.5 million Australian dollars into the big Formula 1 dream. "If I were to say that this is not an extraordinary amount, I would be lying. The barrier to entry into Formula 1 is very, very high," admits the Australian. Nevertheless, he wants to "make it into Formula 1 because of my merits and not because I can buy a place".

The price for this attitude is high. Instead of driving in Formula 1 this year, he moved to the second rank at Alpine. "It's never ideal not to race, but that's the way the die was cast," says the Australian, emphatically relaxed. Internally, however, the sound is rougher. Alpine knows that you have to find a place for your own junior quickly in order not to lose him. Piastri is said to have secured an exit option by clause. That puts the racing team under pressure. Alpine wants to present a solution as early as Silverstone. As it stands today, her name will be Williams.

Whether Oscar Piastri can assert himself in Formula 1 remains uncertain despite all the early praise. Everything looks like it, Martin Brundle believes: "But you never know until the spotlight is on you. You either thrive and surpass yourself, or you die under the pressure." What is almost certain is that the Australian will soon have the chance to prove what kind of driver he is. And he has more than earned this chance, which is far more than just a "wild rumor".

1 German leads with Avalanche: NHL finals start with... 2 Immovable. French support banning thermal colander... 3 For the end of the bloody war: ex-soccer star would... 4 "Was the serf of others": Legend Hirscher... 5 Tsitsipas fails early: Kyrgios freaks out, is warned... 6 Corona shock for the DFB team: next setback for captain... 7 Gold swimmer at World Championships in Budapest: Hunted... 8 Munich gives up two goalkeepers: is Bayern now forcing... 9 Weather report. Guillaume Sechet: We are entering... 10 Comeback for half a billion: Boxing legend Tyson Fury's... 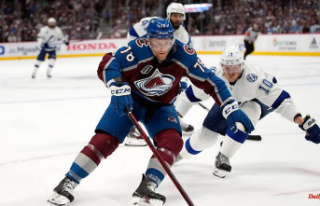