Superstar is still locked: Ronaldo's European past is already catching up

Cristiano Ronaldo will play football in the Saudi Arabian league for a lot of money in the future. 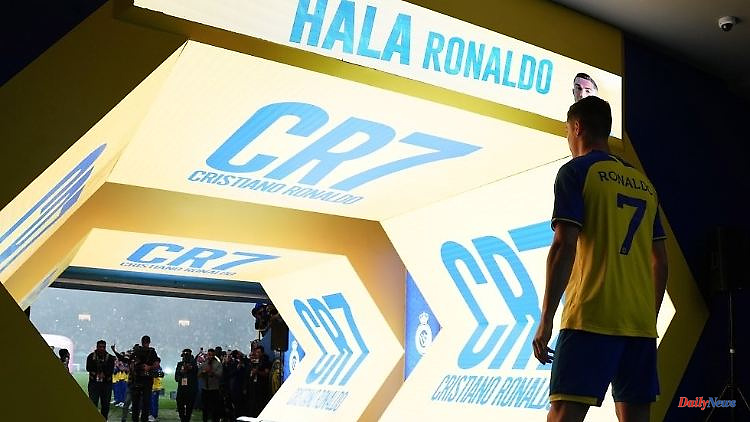 Cristiano Ronaldo will play football in the Saudi Arabian league for a lot of money in the future. But when the superstar can start is still questionable, at least according to the FIFA statutes. Ronaldo brings a ban from England.

The Saudi Pro League is not exactly one of the most attention-grabbing leagues in the football world, but that is changing these days: Cristiano Ronaldo, the footballer with the world's greatest charisma, will be hunting for goals in Saudi Arabia in the future, and the superstar's debut will probably be at least for many of his 500 million Instagram followers eagerly awaited. Already today his new club Al-Nassr FC is playing against Al-Ta'ee.

"My story in Europe is told. I've won everything, played for many big clubs. Now it's time for a new challenge in Asia," assured the 37-year-old innocently at his introduction. "I want to shed a different light on the country, on football. I'm ready to play football and entertain people." From when he is allowed to do so is controversial. Because in Saudi Arabia, his recent past in Europe catches up with him again: Ronaldo is still locked. Actually.

In April 2022, the exceptional player knocked a mobile phone out of the hand of an Everton fan while walking into the dressing room after the 1-0 defeat in the Premier League, slightly injuring him. The English FA fined the superstar around £50,000 and suspended him for two competitive games in November. Despite the World Cup break, these would have been served by now - if Ronaldo's contract with Manchester United had not been terminated last year.

"Any disciplinary sanction of up to four matches or up to three months imposed on a player by the former association but not (entirely) served at the time of the transfer must be served by the new association with which the player is registered so that the sentence can be served at national level," states Article 12.1 of the FIFA Statutes. When asked, the world football association referred to its rules and the Saudi association. However, it is uncertain whether the penalty will be taken over by the Saudi Pro League. His club is apparently calm: "Our stars have completed their preparations for today's game against Al Taie," the club tweeted, showing pictures of the same stars - including Ronaldo.

The Portuguese was only introduced to a great deal of fanfare at Al-Nassr on Tuesday, where he had signed a two-and-a-half-year contract. According to media reports, the five-time world footballer, including advertising revenue, should get the equivalent of around 200 million euros per season. Ronaldo could make his debut against Al-Ettifaq on January 21, should he serve the suspension.

1 "One of us": Ski legend Rosi Mittermaier... 2 Authorities and schools "blind": Hundreds... 3 Cuts on the back: William is said to have attacked... 4 "Ticking time bombs": The number of insecure... 5 Five candidates to choose from: "Deceptive packaging... 6 Retirement in seven steps: How to prepare for retirement 7 North Rhine-Westphalia: ATM in the district of Heinsberg... 8 Thuringia: CDU parliamentary group demands the end... 9 Bavaria: Five-year-old goes on trips: large-scale... 10 Bavaria: Hopfensberger: Many memories of the Pope... 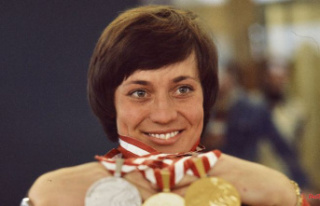 "One of us": Ski legend Rosi Mittermaier...