Support and dialogue: Faeser wants to travel to Qatar for the DFB start

Interior Minister Faeser revoked the announced boycott of the soccer World Cup in Qatar after a visit to the emirate. 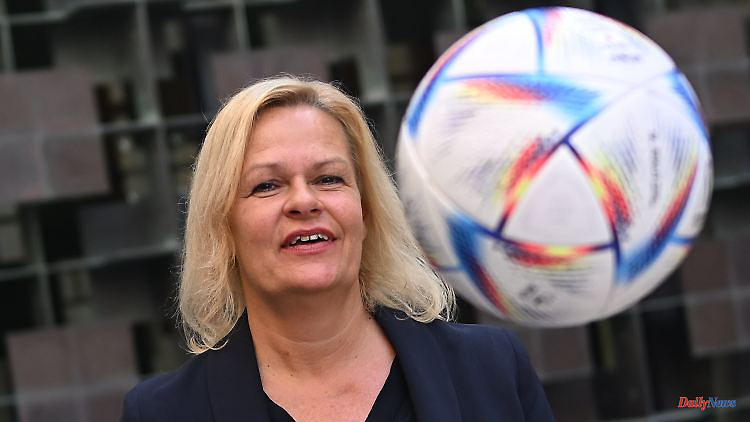 Interior Minister Faeser revoked the announced boycott of the soccer World Cup in Qatar after a visit to the emirate. Now it is clear when she wants to arrive: for the opening game of the German national team. It should be about more than just support for the DFB team.

Federal Minister of the Interior Nancy Faeser is planning to travel to the opening match of the German national team at the World Cup in Qatar. "She would like to support the German team at the World Cup and therefore attend the opening game against Japan," said a ministry spokesman. Faeser therefore emphasized that she also "would like to continue the dialogue with the Qatari government on reforms there, in particular to improve the human rights situation".

Faeser is visiting Turkey this Monday and Tuesday. "Federal Minister of the Interior and Minister of Sport Nancy Faeser is planning to travel on to Qatar after her trip to Turkey," said the ministry spokesman. "The exact program is still being planned." The DFB-Elf of national coach Hansi Flick will play in Doha on Wednesday (2 p.m. / ARD, MagentaTV and in the ntv.de live ticker).

Qatar is the first Arab country to host a soccer World Cup. The emirate has been criticized for years for its treatment of foreign workers, women and queer people. After Faeser had criticized the award of the World Cup to the country, there were diplomatic upsets at the end of October. Qatar therefore summoned the German ambassador.

Faeser then traveled to Qatar and, according to his own statements, received guarantees for the safety of all arriving football fans. She then announced that she would travel to the German team's opening game. Your ministry then referred to a difficult deadline. A spokesman was "optimistic" on Friday that the trip would be possible, but did not finally confirm it. 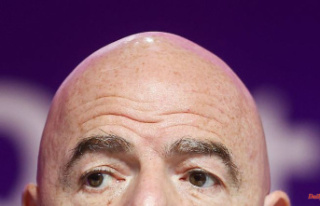 Kicks in the buttocks for and by FIFA: The best World...