Talented like hardly anyone before: The Miedema phenomenon inspires Oranje's dream 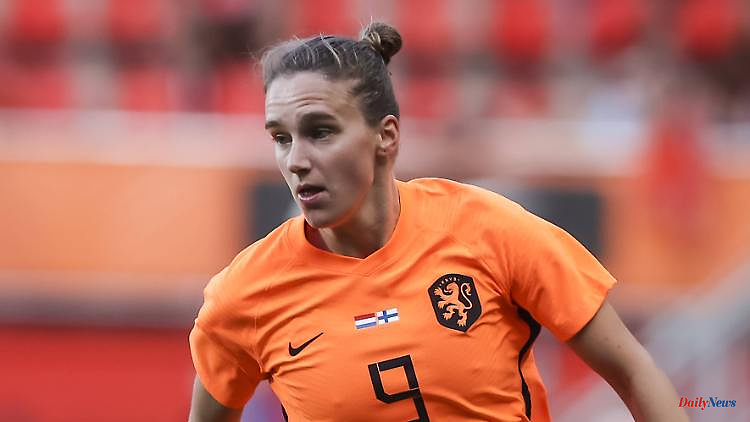 Vivianne Miedema is the Dutch national team's perfectly functioning goal machine. In the homeland there is a series of children's comics about "Vivianne voetbalt". Her numbers in the national jersey have historical dimensions - that's why all hopes rest on her.

Not only has Vivianne Miedema secured her place in Oranje football history, she can also be found on the shelves of Dutch bookshops. The national team's record goalscorer is already part of a series of children's comics ("Vivianne voetbalt") - and that at the age of 25. But now the popular star striker is supposed to lead the Netherlands to their second title in a row at the European Championships in England. The expectations of an entire nation weigh on her 175 centimeters. At the start of the European Championship on Saturday in Group C, the defending champion will meet Sweden in Sheffield (9 p.m.).

"She's one of the most talented players I've ever seen with my own eyes," Oranje coach Mark Parsons told French news agency AFP. "What makes her so special is that she understands football, sees football and watches it all the time thinks the benefits she can get from any situation." Since making her national team debut in 2013 at the age of 17, Miedema, affectionately known to everyone as "Viv", has scored 94 goals in 111 games - a record and far more than Robin van Persie (50) as the men's record has to offer. At the last European Championship in 2017, the former Bayern Munich player was instrumental in the title with a total of four goals, and she even scored twice in the 4-2 final victory over Denmark. She was also Vice World Champion in 2019.

Miedema sees the fact that the tournament is now taking place in her adopted country of England as a great opportunity. "For me it will feel like a European Championship at home," emphasized Miedema, who has been under contract with Arsenal FC since 2017: "I hope that gives us a little extra energy." It will certainly need it, because the team is still in the identification phase after the departure of successful coach Sarina Wiegman. Although the last test match was won against Finland (2-0), the team of the relatively new English coach Parsons (in office since 2021) suffered a clear 5-1 defeat against England.

In their own country, however, they are looking forward to the tournament positively and hit the ticket market hard, only fans from England bought more tickets. Now it's also up to Miedema to live up to her own and the fans' expectations. Because for a successful title defense she will certainly have to contribute goals.

1 House explosion in Sauerland: dead woman recovered... 2 From the Schmoll corner: Where is the federal commissioner... 3 Saxony: Day of German Unity: Music for divided orchestra 4 Hesse: Temperatures in Hesse are heading towards the... 5 Thuringia: A dead person after a serious accident... 6 Baden-Württemberg: The state and economic ministries... 7 Baden-Württemberg: Three injured after an explosion... 8 Bavaria: Two motorcyclists seriously injured in a... 9 Saxony: Left complains about low pensions for tens... 10 Hesse: EUR 150,000 damage in the event of a fire in... 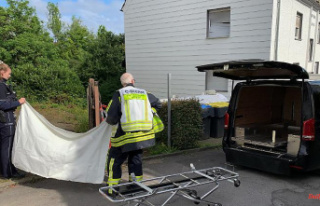