He thrived again this year with PSV and won the cup in the Netherlands: Eintracht Frankfurt now wants to get Mario Götze back into the Bundesliga. 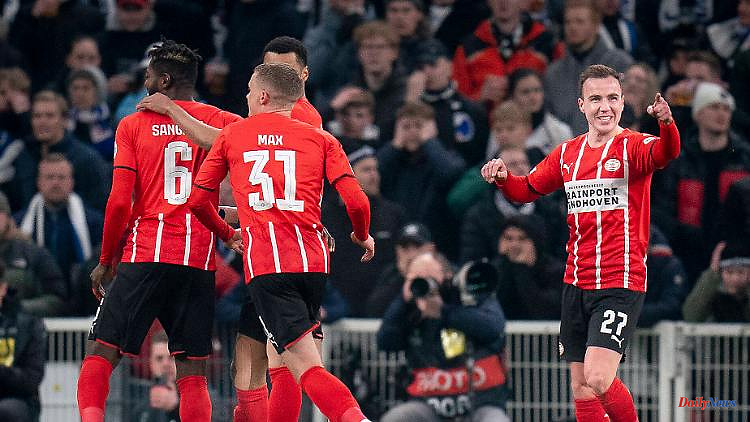 He thrived again this year with PSV and won the cup in the Netherlands: Eintracht Frankfurt now wants to get Mario Götze back into the Bundesliga. The Rio world champion is said to have a release clause, talks are already underway. Or are you going to Portugal?

Rio world champion Mario Götze could return to the Bundesliga. According to information from the "Bild" newspaper, Eintracht Frankfurt wants to bring the scorer of the 2014 World Cup final into the team. The first talks between the player and the European Cup winner are said to have already taken place. The 30-year-old has been under contract with PSV Eindhoven since moving from Borussia Dortmund in the summer of 2020.

Since Eintracht qualified for the Champions League as Europa League winners, the money in Hessen should be a little looser than usual. Götze should have an exit clause with his current club and be available for four million euros. Oliver Glasner's team, who often come through the flanks in the persona of Filip Kostic, could definitely use creativity and goal threats in attacking midfield to become more variable. Kostic is also said to be about to move to Juventus Turin, so Glasner could possibly tailor his team's playing style more to Götze.

According to the report, the former Dortmunder's move to Eintracht is not yet fixed. Benfica Lisbon is also considered very interested. Advantage for the Portuguese: The PSV coach Roger Schmidt, who is valued by Götze, will train Benfica from the summer and he might want to follow his coach. After all, the ex-national player had blossomed again under the former Leverkusen coach this season in Holland. In a total of 52 competitive games, Götze scored twelve goals and provided eleven assists.

PSV, after all the Dutch cup winners this season, would like to continue planning with Götze. PSV sporting director John de Jong recently said: "No player has said they want to leave, not even Mario. That gives us a good feeling for next season." But now a return to the Bundesliga seems possible. The "Bild" newspaper has already speculated that Götze would rise to the ranks of the top earners in Frankfurt with an annual salary of over four million euros.

1 Bundesliga with a cracking start: FC Bayern against... 2 Bracket club peddles future: Barcelona clears the... 3 Berlin before the title hat-trick: Alba is ready,... 4 Final venue from 1994 is empty: 16 stadiums for the... 5 Historic run before halftime: The Golden State Warriors... 6 Legendary grandfather already failed: Germany defies... 7 Duplantis narrowly escapes horror: Klosterhalfen is... 8 The Ukraine war and the World Cup: No propaganda show... 9 Next climate statement: Vettel protests against Canada's... 10 Ridicule, despair and fear: the European giants are... 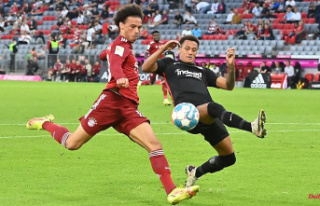 Bundesliga with a cracking start: FC Bayern against...