Telekom takes over the top of the table: Bonn celebrates a "world class" coup against FC Bayern

Telekom Baskets Bonn impressively won the top game against Bayern Munich and are now leaders in the basketball Bundesliga. 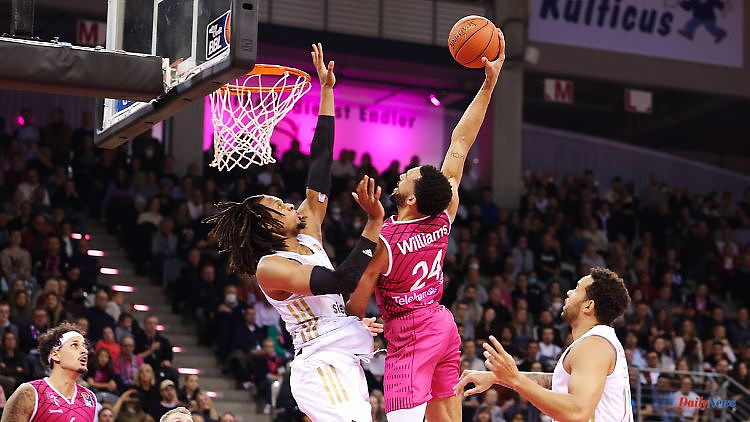 Telekom Baskets Bonn impressively won the top game against Bayern Munich and are now leaders in the basketball Bundesliga. Coach Tuomas Iisalo is full of praise after the game and sings a loud hymn to his Bonn team.

Beat another big one, back at the top of the table. Coach Tuomas Iisalo was just "super proud" of his Telekom Baskets Bonn after the coup against Bayern Munich in the top game. "Our performance, especially in defence, was outstanding," said the Finn after the 78:68 (41:34) win at MagentaSport. With their eighth win in ninth game, the Bonn team in the Basketball Bundesliga (BBL) again pushed past champions Alba Berlin (both 8:1), who took first place on Saturday, and FC Bayern (8:2). And that four days after the success at the Turkish club Pinar Karsiyaka in the Champions League (89:80).

"It was the second very intense game this week and the second super important win against two world-class teams," said Iisalo. It was "not just down to one or two players": "We are a collective and everyone played great and gave everything. We did a very good job for 40 minutes." The Bonners were able to break away before the break and scored excellently from the three-point line before the break. And in the second half, the hosts had everything under control with their top scorers TJ Shorts (21 points) and Jeremy Morgan (20) and Bayern were no longer able to create tension. The guests' best thrower was Cassius Winston (14).

Bonn played with "more energy and speed," said Bayern coach Andrea Trinchieri appreciatively, "we couldn't match that." Elias Harris also paid tribute to the opponent. "The people of Bonn were more vigilant overall and dominated the game. We didn't succeed in the things we wanted to take away from them," explained the forward: "Everyone now knows that we can't increase in view of the mammoth program, but that would be one bad excuse."

Alba had already temporarily taken the lead on Saturday with a work victory. The double winner came up against relegation candidate medi Bayreuth to a 91:83 (40:49). The MHP Riesen Ludwigsburg secured fourth place. Last season's semi-finalist kept his fellow pursuers BG Göttingen at bay with his second success in a row with 90:76 (40:37). Fifth are EWE Baskets Oldenburg, the former champions and cup winners beat newly promoted Rostock Seawolves 99:90 (61:48). Ratiopharm Ulm celebrated its third win in a row with the 91:80 (40:37) against the Hakro Merlins Crailsheim. The Syntainics MBC from Weißenfels won 98:90 (39:41) at Brose Bamberg and got the first victory since 2001 at the Franconian.

1 Can FCB punish the goalkeeper?: Lawyers classify Neuer's... 2 "Reflection of society": Bob Hanning settles... 3 Accident in Hesse: man drives woman to death and falls... 4 Delicatessen snack in Cambodia: It takes courage for... 5 Playing Blackjack for a Living - Is It Possible? 6 Role of a homosexual: Daniel Craig has the next post-Bond... 7 "I don't understand the hype about me":... 8 "We are proud of you": Prince William comforts... 9 Saxony-Anhalt: AfD politician Siegmund criticizes... 10 Bavaria: Four injured after a house fire in Upper... 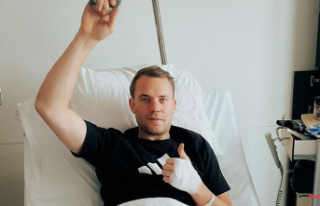