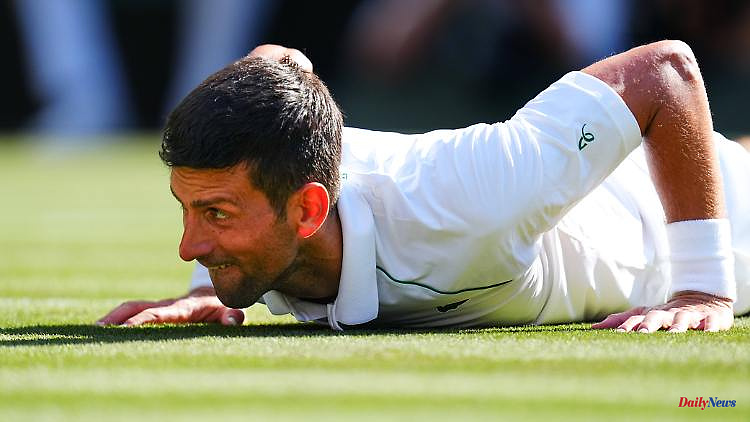 Immediately after his seventh Wimbledon triumph, Novak Djokovic focused on the vaccination debate again. According to the current status, the Serbian superstar is not allowed to travel to the US Open. He himself reaffirms his no to the corona vaccination, his coach hopes for the US President.

Novak Djokovic had a short chat with the royal family and then said goodbye to tennis with a big wish. Because the seven-time Wimbledon champion continues to refuse vaccination against the corona virus, he threatens to miss the US Open as the second Grand Slam tournament in 2022 after the Australian Open. "I'll wait for hopefully good news from the US because I would really love to go there," said the 35-year-old Serb. However, his only option is that the vaccination requirement for entry is canceled or that he receives an exception.

His coach Goran Ivanisevic even addressed the US President directly. "Maybe (Joe) Biden will change his mind," said the former Wimbledon champion. "There are a lot of crazy things happening in the world. Every day something changes, something new happens. We see what will happen. It's still a month and a half." Time is running out.

The last Grand Slam tournament of the year in New York begins on August 29th. Most recently, the obligation to test before entering the USA was abolished, but with a few exceptions, the corona vaccination is still a prerequisite for entering the country. As things stand at present, Djokovic should not be there, as was the case in Australia at the beginning of the year, when he was refused entry in a process that attracted attention around the world.

After the 21st Grand Slam title of his career, the Serb gave an insight into his mental life in view of the turmoil around him this year, spoke of "turbulence" inside. The Serbian newspaper "Vecernje Novosti" immediately used the comparison to the crucifixion of Jesus and wrote that he had survived "the Golgotha ​​of Melbourne". Companion Ivanisevic was the clearest. "It was a shitty year," admitted the 50-year-old frankly, "especially for him, but also for us who are close to him".

Djokovic has it in his own hands that he still gets the chance to draw level with men's record holder Rafael Nadal at the end of the year with the 22nd Grand Slam title. But on Sunday evening he reiterated: "I am not vaccinated and I do not plan to be vaccinated."

If Djokovic is not allowed to play the hard court tournaments in America or the US Open himself, he doesn't want to play smaller tournaments to collect world ranking points. Since there were no points to be gained in Wimbledon due to the ban against Russian and Belarusian players, Djokovic slipped from third to seventh place in the new ranking - lower than in almost four years. The Serb recalled that he had already set the record for the longest time as number one with 373 weeks. "That's what I've worked my whole life for. Now I prioritize slams and big tournaments and play where I want." With the Wimbledon title, Djokovic should at least qualify for the ATP Finals in Turin in November.

Even if Australia has now relaxed its corona rules, Djokovic must also hope that his three-year entry ban will be lifted so that he can start Down Under again at least in 2023. But even if the French Open will be his next Grand Slam in more than ten months, Djokovic has not given up the hunt for the record. "I don't feel rushed to end my career sometime in a year or two," he emphasized before starting a break of several weeks.

1 Courageous signal to FIFA and Qatar: top referee Benevenuto... 2 Schüller is missing at the EM for the time being:... 3 Showdown at FC Bayern: The six scenarios of Robert... 4 Press on Formula 1 in Spielberg: "Leclerc's... 5 Despite the win: Djokovic slips: Federer flies out... 6 But not this summer...: Will Bayern replace Lewandowski... 7 In the Wimbledon final it makes puff: Kyrgios crashes... 8 Stars condemn fan attacks: Vettel calls for exclusion... 9 Formula 1 lessons from Spielberg: Vettel's frustration... 10 Tricky seconds in Spielberg: Sainz saves himself late...

Round of 16 clap for Switzerland: Without Ronaldo, Portugal hit like unleashed
BREAKING NEWS 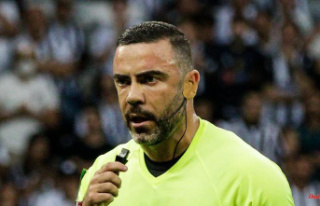