Testimony adjourned in FIFA trial: Blatter is too ill to speak in court

Michel Platini's lawyers suspect a plot against their client. 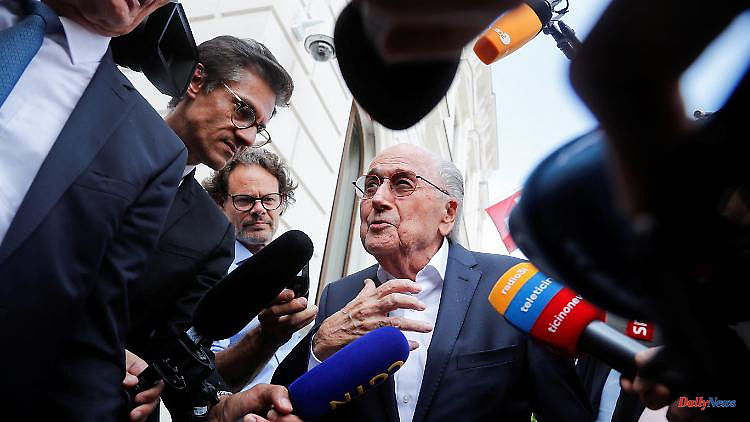 Michel Platini's lawyers suspect a plot against their client. Sepp Blatter is not fit enough after heart surgery - on the first day of the trial of the ex-bosses of UEFA and FIFA there is more drama than useful statements.

Even the once most powerful man in world football has to pay tribute to his age: the health problems of former FIFA President Joseph S. Blatter marked the beginning of the trial against him and former UEFA boss Michel Platini. The 86-year-old Blatter, who was in an artificial coma for more than a week after a heart operation with complications before Christmas, could not be questioned as planned.

"I'm not feeling well. I don't see myself in a position to answer," said Blatter before his questioning before the Swiss Federal Criminal Court in Bellinzona. Blatter's lawyer Lorenz Erni said his client was suffering from chest pain and breathing problems. The interrogation of Blatter is now to take place like the Platinis on Thursday. This delayed the process right from the start, although the daily length of the hearing was limited to four hours in view of Blatter's state of health.

Previously, the start of the trial against the former top football officials was characterized by the rhetorical exchange of blows between the various camps. The focus was on the strategy of the Platini lawyers, who, like before the start of the proceedings, painted the picture of a conspiracy against the 66-year-old.

According to Platini's lawyer Dominic Nellen, there is "a direct connection" between the suspicion of fraud against his client and the secret meetings between current FIFA President Gianni Infantino and former Swiss federal prosecutor Michael Lauber. Therefore, the question is who had an interest in this procedure.

Prosecutor Thomas Hildbrand and FIFA lawyer Catherine Hohl-Chirazi rejected these assumptions. Hohl-Chirazi accused the Platini side of setting up a "conspiracy theory". The world association acts as a joint plaintiff - and may continue to do so, since the Platini side's application for the exclusion of the world association was rejected by the court.

Blatter and Platini are accused of fraud and forgery by the Swiss Attorney General (OAG). The Swiss Blatter is also accused of embezzlement and unfaithful business management, the French Platini for aiding and abetting. The Swiss Attorney General (BA) has been investigating the case since 2015, and the lawsuit was filed in November last year. The trial is scheduled to last until June 22, with eleven days of negotiations. The verdict is expected on July 8th. The possible penalties range from a fine to five years in prison.

Specifically, it is about two million Swiss francs (1.92 million euros) plus 229,126 francs (220,000 euros) in social security contributions. These sums went in 2011 from the world governing body FIFA to Platini, the then President of the European Football Union (UEFA). According to the OAG, Platini submitted a "fictitious bill" to FIFA for consulting work in 1998-2002 prior to the cash flow. This happened with Blatter's "involvement" "without any legal basis": "This payment damaged FIFA's assets and unlawfully enriched Platini."

Both accused deny the allegations and refer to an oral agreement that they had concluded with each other. FIFA, on the other hand, wants the two million Swiss francs back. The investigation into the case led to Blatter, like Platini, being banned for eight years each by the FIFA Ethics Committee in 2015. Although the bans were later reduced, Platini's plans were thwarted.

The former world-class player was regarded as the designated successor to Blatter and wanted to become FIFA boss. His ban meant that what was then a marginal figure, Infantino, was quickly promoted from UEFA General Secretary to FIFA President.

1 "I really let off steam": Holger Stromberg... 2 Rugby. Pro D2 : Jan Uys quitte le FCG 3 Alpes-de-Haute-Provence. A hiker was airlifted to... 4 Legislative 2022. Justice invalidates the process... 5 EU/Climate. The European Parliament votes to end the... 6 She smeared herself with blood: girl reports massacre... 7 July weekends thinned out: Lufthansa and Eurowings... 8 "Almost a gift": Sonya Kraus does not struggle... 9 Exchange of fallen soldiers with Kremlin: Ukraine... 10 reindeer. After being struck during an urban rodeo,... 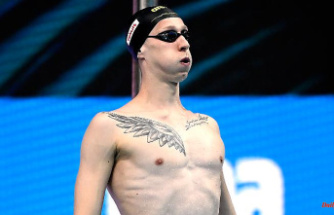 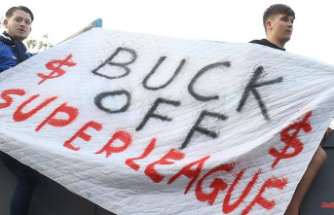 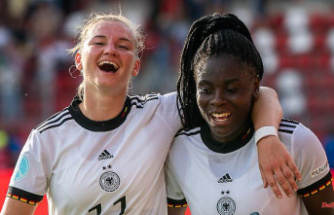 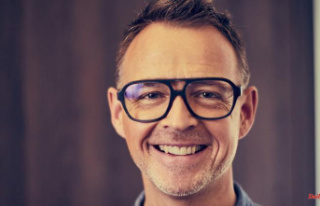