"That was my mistake": Jogger game - Carlsen too late at World Blitz Championship 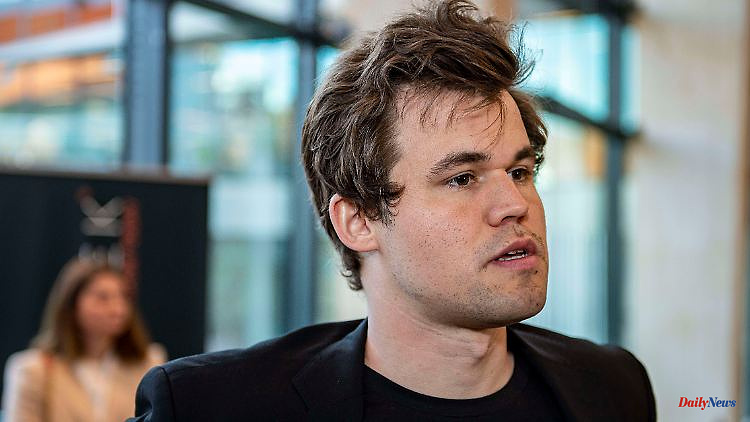 Chess, rapid chess, blitz chess: In each form of play, the thinking time becomes shorter. But scene star Carlsen can do even better. At the World Blitz Championship in Kazakhstan, he is late from a PR appointment and only has about 30 seconds left on the clock. No reason not to win.

Chess star Magnus Carlsen almost missed his opening game at the World Blitz Championship in Kazakhstan. The day after his renewed triumph at the World Rapid Championship, the Norwegian in sweatpants and a hoodie rushed minutes after the originally scheduled start of the encounter against Belarusian Vladislav Kovalyov, as Norwegian media footage showed. With only about 30 seconds left on the clock, he made his first move - and still won the game.

"It was my mistake, I was stuck in traffic," Carlsen told Norwegian broadcaster NRK. According to the broadcaster, the 32-year-old had previously been on a ski tour organized by the organizer in the mountains. The newspaper "Verdens Gang" has already described the incident as a "jogging pants drama". In his next game, Carlsen sat at the board again in his jacket.

Carlsen won the rapid chess title for the fourth time in his career on Wednesday, with the young German professional Vincent Keymer coming second. The Norwegian is now chasing his sixth world championship title in blitz chess in Almaty, Kazakhstan.

1 "Just beautiful": Oberstdorf overpowers... 2 In the round of 16 against Clemens: The fireman who... 3 Without firecrackers, with restrictions: Significantly... 4 Search in the Main-Danube Canal: Corpse detection... 5 Up to 20 degrees at the turn of the year: a warm air... 6 Indian pharmaceutical company targeted: Fake cough... 7 Miniseries planned: "Dinner for One" gets... 8 Dispute over title withdrawal settled?: Danish royals... 9 Baden-Württemberg: penalties for Ludwigsburg and... 10 Baden-Württemberg: Trading turnover at the Stuttgart... 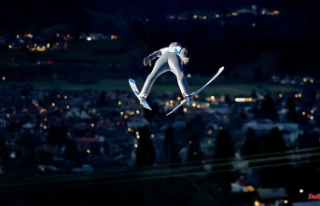