The diary of the World Cup in Qatar: Huge outrage over the abolition of class segregation

The World Cup in Qatar has its first sensation. 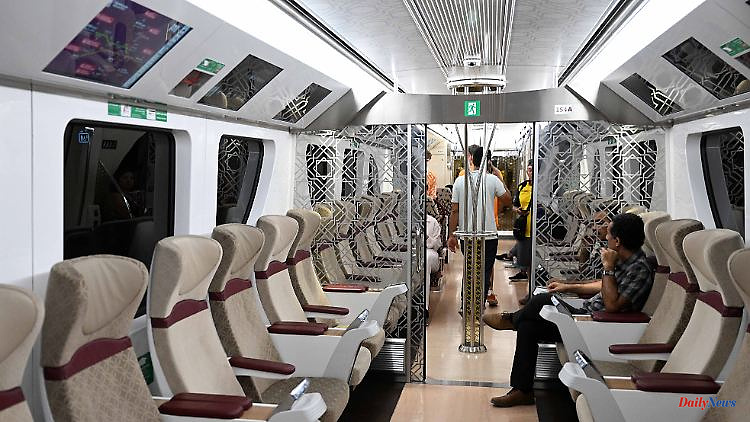 The World Cup in Qatar has its first sensation. On the pitch, Argentina let themselves be humiliated by Saudi Arabia. Away from the pitch, the tournament lives on from the FIFA scandal machine and the buckling of the associations. Visitors don't notice much of this. The locals have completely different problems.

It got crowded in Doha. Around the Souq Waqif in the heart of the city there is something like a World Cup mood. Saudis and Tunisians, women and men, sing and dance together and a child in a Ronaldo shirt plays soccer with another in a Neymar shirt. Happy Qataris tell that they have never experienced anything like this and tell about their cosmopolitan country. Because that's how they see themselves in the emirate, which wants to be an international hotspot. A mother in a burqa, with a finely made-up face and trendy Nike sneakers, proudly presents her two small children in the full outfit of the Qatar national team. She immediately agrees to a photo request in very good English and asks in return: "When will the picture appear on Instagram?"

Many consider the harsh criticism from the West to be exaggerated. It's worlds colliding. They are worlds that are less interesting on other continents. In every store, someone at least knows Manuel Neuer and is a big fan of the DFB team, which is mostly synonymous with FC Bayern Munich. The record champion shapes the image of German football. In Doha, it doesn't matter whether he wears the "One Love" bandage.

German fans are still not very present on the streets. In the game of the century Argentina against Saudi Arabia, two people with the obligatory Seppel hats run through the picture. Soon they will disappear in the sea of ​​Messi shirts. Even deep in the souq market, three of them got lost in the DFB shirt from the 2018 World Cup. The situation is different with the colors of FC Bayern Munich. Again and again they suddenly appear and can also be bought in the shops of the souq. And again and again the eye is drawn to the sleeve with the advertisement for Qatar Airways. The record champions have been traveling here for years, the record champions have been collecting big money from Qatar for years.

You will soon be faced with the decision: to extend or not to extend? Strongly criticized by their own fans, but rarely noticed by the general public. The money, it is said again and again from Munich, is vital to keep up in the brutal race with the other super clubs. Uli Hoeneß even calls in the Sport1 "double pass", where he can launch his wild attacks against the Qatar critics. Hear both sides, it says.

But it's been two months since September in November, and who remembers that, or how the "One Love" armband, suddenly elevated to a symbol of resistance, was labeled a sign of weakness when it was unveiled in the fall? And who will remember all the dead on the construction sites once this tournament is played? In an interview with ntv.de, the human rights organization Equidem just explained how massive human rights violations also took place in the venue of the first DFB game, the Khalifa International Stadium.

What happens when the World Cup's outrage machine collapses from exhaustion and the tournament has gone down in history as the "World Cup of Shame"? It will go on because it will always go on. Bayern Munich will be back in Doha at the beginning of January. The record champions are traveling with both professional football teams. Both the women and the men are preparing for the second half of the season in the emirate. The climate is wonderful, the hotel is excellent and the training conditions are fantastic. The boulevard is already in anticipation. "Bavarian women get the cooler hotel in Qatar," writes the "Bild" newspaper and gets downright enthusiastic about the sensational facilities of the noble hostel. A few clicks away, anger reigns over the scandalous organization of the World Cup.

But other issues are important to the fans and observers from non-European countries. A Saudi can't believe his luck after beating Argentina. None of his friends and family would have believed in the success, actually it should only be serious in the next game. "We went to the Argentina game just for fun - and suddenly, thank Allah, we have three points." He drove from his homeland to Qatar in just two hours by car. "Once through the desert," he grins. He might come back next week. But before that, it's off to the France-Australia game - he wants to scout who his national team could face in the round of 16.

An Indian in Argentina dress follows the conversation with delight. He's a goldsmith but hardly speaks English, so he can't exactly explain his love for the Messi team. But he smiles, takes a group picture and proudly posts it on Facebook. This World Cup also makes a lot of people happy.

In fact, there is always the feeling that the hosts have overstretched themselves with the tournament. Too many people in one place. Fans and the press sometimes have to worry about getting to the stadium in time because of long queues.

It gets absurd on the way back from the France game. The media bus throws a bunch of journalists out in the middle of the three-lane freeway because it thinks there is a subway station nearby. Anxious, the press people rush across the busy street and run away from the oncoming traffic lights. Luckily no one gets hurt, but on the other side of the street the disillusionment follows: there are no subways, there is not even a subway station here. Shaking their heads, the journalists order an Uber. The driver from Egypt loves Qatar "because it offers everyone a chance without the country interfering in your life". His back seat is adorned with a wet and smelly pool of urine - whether from humans or animals is not clear.

In the driverless subway built for the World Cup, which is divided into two classes, there is often little space. The Gold Class is equipped with luxurious seats, has a center island for short chats while standing and opaque doors. The standard class is also far above what the transport companies in German cities can offer. During the World Cup there is no gold class, no standard class. All are the same. And so traditionally dressed Qataris sit next to singing Argentines. Together they look at dancing Tunisians.

One of the biggest excitements before the World Cup in Doha itself is the end of class society. Not everyone agrees with this. There are wild discussions on social networks. During the World Cup, there are scenes of fraternization on the railways, from where the World Cup atmosphere is carried to the venues.

A man sleeps near the National Museum. He huddled in front of the entrance to an office building. He's not wearing a shirt. 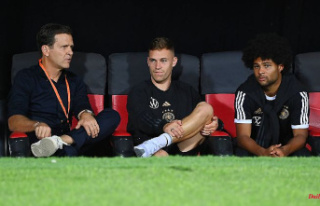