The flight of the Afghan women: Every shot on goal is a slap in the face of the Taliban

A year ago, Afghanistan's women's national soccer team hid from the Taliban at Kabul airport. 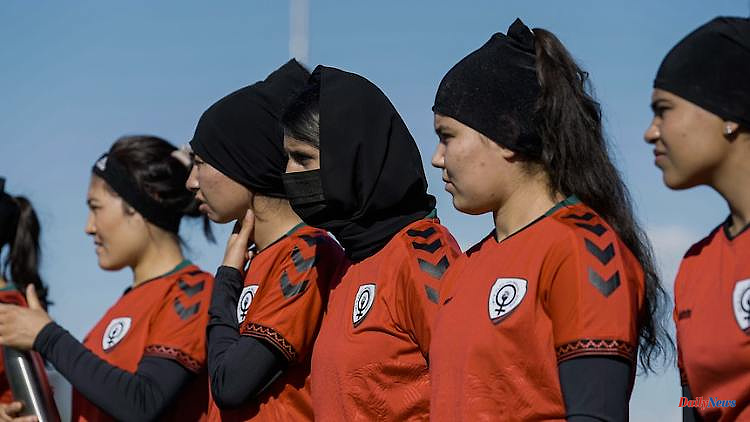 A year ago, Afghanistan's women's national soccer team hid from the Taliban at Kabul airport. After a dramatic escape, the footballers reach Australia, where they fight terror back home in a special way. A story about family, courage - and Sergio Ramos.

It's been a year since the Taliban overran Afghanistan. After the international troops withdrew, the entire country is under the control of the radical Islamists for the second time since the regime from 1996 to 2001. Thousands of people then try desperately to leave their homes. Dramatic scenes occur at the border crossing to Pakistan or at the airport in Kabul. Right in the middle of the days of fear and on the airfield in the capital: the Afghan women's national soccer team and their central defender Mursal.

"I hid at home - like all my teammates," says the 19-year-old, who now lives at a safe distance from the Taliban in Australia, in a video call with ntv.de about the day the terrorist group took power. "Some of us got messages on our cellphones from people saying they were handing us over to the Taliban because we were soccer players."

The radical Islamists do not allow women and girls any sport, let alone football. Mursal tells how the new rulers even get the players' files from the Afghan Football Association. As the fear grew, of being discovered, caught - and killed. "Every time I video called my teammates, we saw the horror in each other's eyes," she recalls. "'What should we do?' we thought desperately." The players rush from safe house to safe house. Always in danger of being discovered.

The footballers get in touch with Khalida Popal, the former captain of the national team, who had to leave her homeland for Denmark in 2016 because of threats from the Taliban. Together with former national team coach Kelly Lindsey, ex-assistant coach and former US Marine Haley Carter, human rights lawyer Kat Craig and representatives of the international players' union FIFPro, Popal can persuade Australia to issue visas to the players. They depended on the network. It offered them emotional, but also logistical support. From the safety of their own four walls, the supporters took over what the players could not do.

After a week in hiding, the women's national team heads for the airport. "The Taliban were everywhere, we were terrified and many of us cried," says Mursal. "We tried to hide our faces by wearing face masks and hijabs. After all, pictures of us were circulating, you could find us on Google."

After "very hard days" in fear at the airfield, Mursal and her teammates are finally allowed to board a machine. Carter, the US Navy, explained to the military in long speeches why the soccer players had to be taken out of the country. It goes to a camp for refugees in Dubai. "We were still afraid there because we didn't know whether we might have to go back to Afghanistan because the process with the papers didn't work."

Mursal can breathe a sigh of relief when he finally manages to enter Australia, "but we also felt enormous pressure because our families were still in Afghanistan. They asked us not to post anything on social media because it was very dangerous for them there would have become." Three months later, Mursal's brother, who was a soldier in the Afghan army, is kidnapped by the Taliban. He escapes after 13 days and reports to his sister that the terrorist group also mentioned her and accused him of allowing her to play soccer. Mursal's entire family then flees to Iran. That's the only reason she can now speak openly.

Mursal is going through an emotional, "very serious" conflict. A trauma after the trauma. For her security and her freedom, she has had to leave her entire family behind, has been separated from her mother, father and brother ever since and has to find an additional job to send money to Iran. Just because she loves soccer. And how she does it.

All Mursal wants growing up in Afghanistan is to play soccer. "Football, that was all our hopes and dreams were united," she says. "Football is my first love." Her family initially opposes her new passion, telling her that in Afghan culture girls don't play soccer. But Mursal is just as discouraged by this as by the people who insult her on the way to training. Who want to ban women's football even before the new Taliban regime.

The central defender soon has a special love for FC Barcelona - and for Sergio Ramos, who defended for Barça's rival Real Madrid for years and now plays for Paris Saint-Germain. Mursal's eyes light up when she talks about the legendary number 4, which of course she also wears on her jersey: "Ramos is the best defender I've seen in my whole life. We play the same position and I always watch videos of him on."

"Once my mother said to me: 'You are married to football'". That's right, the 19-year-old replies today, and laughs. But her emotional state is very different when the Taliban rob her of her dream and hope of a football career, of her passion. "My heart broke. I cried all night until the next morning." One of the thoughts that constantly shoots through her head as she escapes from Kabul Airport: "What if we are never allowed to play football again?"

But everything turns out differently. In Australia - while looking for work, going to school, dealing with a new language, culture and a new life - the women, thanks to their courage, their strength and thanks to committed helpers, mutate into symbols of hope and strength. One voice for Afghan women and refugees worldwide. Although the trauma is still deep, Mursal and her friends start playing soccer again. The Melbourne Victory club, the FC Bayern Munich of Australian football, gives them the chance to do so.

Craig Foster, a former Australian international turned human rights activist after retiring, is one of the missing pieces in the jigsaw puzzle of FIFPro CEO Jonas Baer-Hoffmann's support team. Melbourne Victory sporting director John Diulica offers to help Foster and in early February 2022 he gets the call. "They had to get used to the new situation first, but at some point they made the decision to play as a team and under the Afghan flag. Craig contacted me and we saw it as our responsibility to help these young women," says Diulica in conversation with ntv.de.

The association quickly approves the team and FIFA also grants permission to play. "It's like going from the Bundesliga to the Premier League," explains Diulica. But of course it is not a change between two top European leagues, but rather one that poses the greatest danger for the players themselves. Their names should not get into Afghanistan. The families who stayed behind fear reprisals. But the registration succeeds because everyone helps, because everyone wants these women to be able to play football again.

The players don't get a forest and meadow coach, but the most successful in Australian women's football history, Jeff Hopkins. "When we were then accepted as a team - that was an incredible moment for us. It's the first time that we can train and play in such a professional environment," says Mursal.

The first game in April is against an eleven that was founded by refugees from East Timor in the 1980s. It ends 0:0. The Afghans win the second game 10-0. After their goals, they slide on their knees, turn jubilantly like Cristiano Ronaldo. They emulate their role models and for a moment everything is forgotten. "Those were beautiful moments," says Diulicia. All of this, he explains, gives the game a new meaning. One that goes well beyond the 90 minutes on the pitch.

"When we step onto the soccer field, we send a message to all the girls around the world," explains Mursal. Even if there are hard days and you think "everything is over", you can still overcome hardship and defeat evil. "We are the voice for the voiceless," she says proudly. "Every girl has that special power and can do the greatest things given a chance."

Opportunities and opportunities that girls and women in Afghanistan are now being denied. While they were allowed to attend school for the past 20 years, now everything after elementary school is forbidden. Veiling is the law, including the burqa in many parts of the country. In a new report, the international aid organization World Vision warns that Afghanistan's children, especially girls, are at risk of starvation, child labor and forced marriage.

While world public attention is now briefly given to the children and the terrible humanitarian catastrophe in Afghanistan on the anniversary of the Taliban taking power, this harsh reality is still everyday life for Mursal. Because with many women and girls on site - also with a few soccer players from the national team who did not manage to escape - she exchanges ideas. "They are still in hiding and they are not allowed to play football. It's bloody painful. They ask me: 'Mursal, is there any way we can leave Afghanistan and play football like you?'".

Unfortunately, she cannot help them, says Mursal. And that's why she plays football for all these women and girls. "We want to be a voice for those who are not allowed to say anything against the Taliban. We want to say to the world: please help them, they really need help." Like all other girls, the Afghans must have the chance to live the normal life of children, to learn - and to play (soccer).

In order to ensure that these young women and girls are never forgotten, Mursal and her teammates continue to chase their dream in Australia at Melbourne Victory. Without their homeland. Without their families. Without her loved ones. Football becomes a kind of surrogate family for them, teammates become sisters. "We're far from our families, but we have the football," says Mursal. "Football is everything to us." 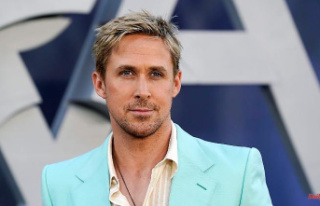