The number one is taken: DFB coach smashes Schult's request

Her performances are strong, her words clear: Almuth Schult wants to be number one in the DFB team again. 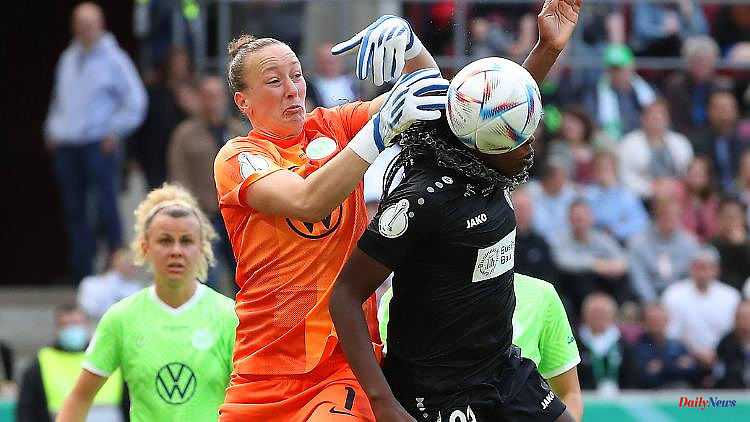 Her performances are strong, her words clear: Almuth Schult wants to be number one in the DFB team again. But at the European Championships in England, this position is different. National coach Martina Voss-Tecklenburg sees no reason to demote Merle Frohms.

With captain Alexandra Popp from VfL Wolfsburg as the most experienced player, Frankfurt's Merle Frohms as number 1 in goal and great ambitions, the German soccer players are starting their preparations for the European Championship. National coach Martina Voss-Tecklenburg nominated the provisional squad of 28 players for the tournament from July 6th to 31st in England. "I have a lot of confidence in the team. The goal is that we get very far at this European Championship," said the 54-year-old at a press conference at the DFB headquarters in Frankfurt/Main.

However, the record European champions are not among the top favorites this time. "That might lead to one or the other underestimating us," said Voss-Tecklenburg. She named Spain, France, the Netherlands, England, Sweden, Norway and Denmark as contenders for the title. Germany meets two of these teams in the preliminary round: European runners-up Denmark is the first opponent on July 8th, then they play highly rated Spain (July 12th) and then Finland (July 16th). Hosts England could stand in the way of a place in the quarter-finals.

One thing is already clear before the first game: goalkeeper Almuth Schult has to keep lining up behind her rival Merle Frohms. "Merle has been number one for three years, so nothing changes in this status," said Voss-Tecklenburg. Wolfsburg's Olympic champion Schult had recently expressed hopes of a return between the posts and said: "I don't see that the decision is already set in stone."

After the birth of her twins, the 31-year-old has been part of the DFB selection for some time. Schult moves to Angel City FC in Los Angeles in the USA after the European Championship. The successor to the 64-time national player in Wolfsburg is Frohms of all people. The 27-year-old last played for Eintracht Frankfurt for two years, but began her Bundesliga career at VfL. "Merle has performed very, very well to outstandingly with us, which is why Merle is going into the tournament as number one," said Voss-Tecklenburg.

An initial preparation of your team will take place from June 5th to 9th on the new DFB campus in Frankfurt. With the exception of the long-injured 31-year-old Popp (113 internationals), the players from Wolfsburg are still missing. The championship and cup winners, like FC Bayern Munich, each have eight players in the squad for the European Championship. This will be reduced to 23 players before the final measure from June 21 to 29 in Herzogenaurach. On June 24th there is a friendly international match against Switzerland in Erfurt.

The only foreign professionals in the squad are midfielder Sara Däbritz from Paris Saint-Germain and goalkeeper Ann-Katrin Berger from Chelsea. Dzsenifer Marozsan from Champions League winner Olympique Lyon due to a cruciate ligament rupture and pregnant Melanie Leupolz from Chelsea had already canceled their participation in the European Championship.

The true strength of the German squad is difficult to assess. Most recently, there was a sobering 2-3 defeat in Serbia in the World Cup qualifier. The DFB women failed at the 2019 World Cup in the quarter-finals against Sweden and thus missed the summer games in Tokyo as Olympic champions in Rio 2016. "It's a European Championship that is sportingly challenging. But we'll face every challenge," said Voss-Tecklenburg. 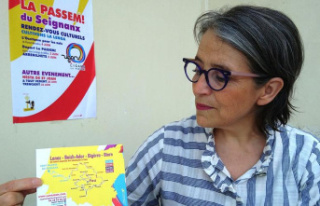