The question of meaning behind the coup: What does Frankfurt actually want with Mario Götze?

Eintracht from Frankfurt makes one of the most spectacular deals of the summer clear. 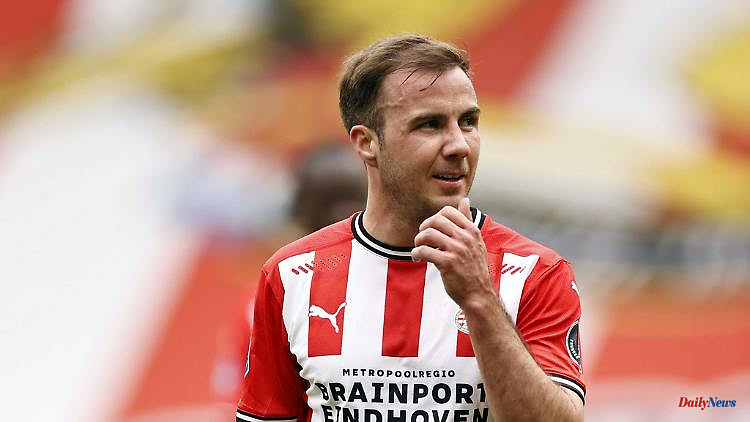 Eintracht from Frankfurt makes one of the most spectacular deals of the summer clear. For the major tasks ahead in the Bundesliga and the Champions League, the Europa League winner relies on the services of Mario Götze. He can solve a problem in the team in particular.

The fact that Eintracht Frankfurt steals the attention of FC Bayern is rare or never happens. But now for the second time within a few weeks. Eintracht's European hero's journey made the unexpected quarter-final knockout. the Munich in the Champions League against the rebellious village club FC Villarreal to a minor matter, which, however, tore deep wounds on Säbener Straße. And now the focus is on Frankfurt again. While the record champions made the transfer of world star Sadio Mané official this Tuesday, Eintracht Frankfurt placed his Mario Götze exclamation mark.

Suddenly, a country is no longer talking about FC Bayern's spectacular deal, but about the homecoming of the World Cup hero from PSV Eindhoven. After two successful years in the Dutch realm of shadows, the 30-year-old returns to the big stage strengthened. Götze feels ready to prove it to the world again. Even in the Champions League, of course. Unlike in the summer of 2016, when Jürgen Klopp wanted to free him from FC Bayern and bring him to Liverpool. "We talked about it," Götze said just a few weeks ago: "But I wasn't in a condition to consider it, so it didn't happen." Something that bothered him for a long time. A decision he struggled with for a long time.

But now Götze seems ready. Ready for anything. Ready to take charge of Eintracht. Also ready to take an offensive stance in the fight for a ticket to the FIFA World Cup in Qatar. In the shadowy realm of the Dutch Eredivisie, he caught the eye of national coach Hansi Flick. But not any more. But because the German offensive is still a vague construct, the door to the desert remains open. The performance principle applies. A return to the national team would be the culmination of a furious comeback.

The story of the 30-year-old is that of a fallen child prodigy who was only able to get back up with difficulty and is now facing the final course of his career with Frankfurt. Two paths have been trodden. The one for happiness, the one for resurrection. And that at the bitter end of a career between genius and somehow failed. Despite the heroic moment on July 13, 2014 at the Maracanã Stadium in Rio de Janeiro, when he spectacularly completed an assist from André Schürrle in the 113th minute into the heart of the Argentines. The greatest moment of his career, which had once embarked on the path towards world class at Borussia Dortmund, to hit a cracking brake in Munich and never wanted to pick up speed again at BVB. The magical night in Rio was a blessing and a disaster for the career of the actually highly talented man. The German World Cup curse overtook him too, it seemed. A career out of step because nothing can come after the peak. Just like Helmut Rahn before him, the legendary "boss" from Essen, who died after 1954, and like to some extent Gerd Müller after 1974 and Andreas Brehme after 1990.

Much had been reported about Mario Götze and his attitude towards football. It was said that sport was a job for him, but not a passion. He lacks the willingness to torture himself. In Eindhoven, where he surprisingly moved in the summer of 2020, they don't say such things about him. Coach Roger Schmidt, who will take over Benfica Lisbon next season and apparently would have liked to have taken Götze with him, praised the player's very professional attitude, his focus on football and his outstanding training mentality. In his first season at PSV, he put on impressive numbers. In just 18 games (due to injuries) he has five goals and six assists. He wasn't quite as effective last season (four goals, four assists), but he was still immensely important. He put on 56 shots on goal by his colleagues.

Götze was a key player. And because he is who he is, he should and must play this role at Eintracht. But does this spectacular move make sense? On their heroic journey through Europe, Eintracht came with speed, with force, with passion. Things that Götze has not become famous for in his career so far. He has lost the pace and the joy of fumbling with the ball over the years. The 30-year-old has become a strategist, a classic ten. He is an outstanding footballer when it comes to moving in the gaps and delivering dangerous passes into the interfaces. Those little magic passes from outside the box, as they say these days. This caressing of the ball, the eye for the teammate who can walk a space behind the defense. Qualities that Frankfurt can really use. Because what went down in the European frenzy: In the league, Eintracht collapsed brutally in the second half of the season, only won three games and finished 15th in the half-series tables, and found it particularly difficult against low-lying opponents. Götze masters everything to crack such teams.

However, the competition for the reinvigorated world champion is great. With "Mr. Europacup" Daichi Kamada and the Danish top talent Jesper Lindström, Eintracht employs above-average staff in attacking midfield, but the duo is always struggling with form fluctuations. Götze, however, feels ready and has chosen this path. And thus against David Beckham. The owner of Inter Miami is said to have been very interested in signing the legend of German football for his iconic team in beautiful Florida. Already on that team are Gonzalo Higuain, Blaise Matuidi (okay, he's currently suspended) and Kieran Gibbs. This ensemble is directed by Phil Neville. But the reach for the next decorative giant for the treasure chest went wrong. Beckham receives a rebuff from Götze.

The world champion maker is not (yet) ready for the heroic ending of his career. Major League Soccer (MLS) is still on the 30-year-old's to-do list. But the priority is the fight for a comeback on the big football stage. Throughout his career, Götze was always looking for the warmth he needed for his game. At his last Bundesliga station at Borussia Dortmund, he often radiates a professional coldness that swallowed all the warmth. His return to the league can now be a massive liberation or the final realization that his career in Germany at its peak, winning the 2014 World Cup, was over. 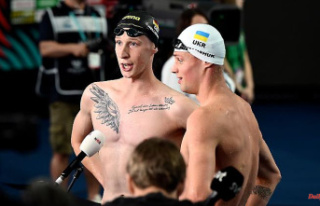