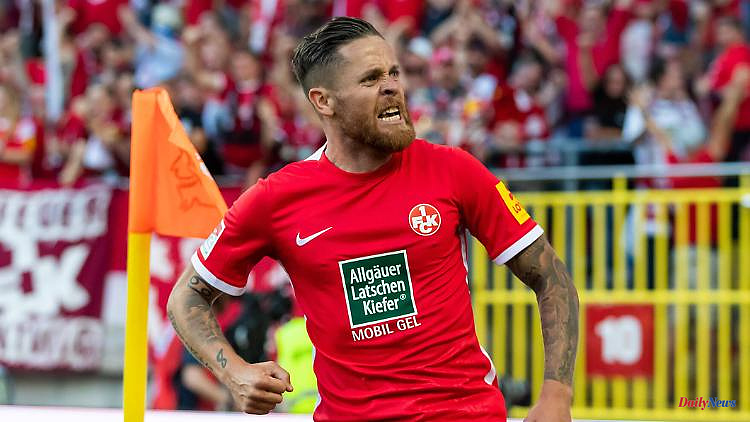 1. FC Kaiserslautern made an impressive return to the 2nd Bundesliga with a spectacularly dramatic opening win. The success against Hannover gives additional impetus for the mission to remain in the class. Striker Terrence Boyd is already raving.

Those responsible at 1. FC Kaiserslautern could not have come up with a better script for the emotional return to the 2nd Bundesliga. The late 2-1 win against promotion candidates Hannover 96 in the season opener on Friday evening caused the Betzenberg to tremble like in the best Bundesliga times and the players went into raptures. "It was super dramatic again, typical Betze. We're just a great team," said striker Terrence Boyd. Mike Wunderlich had caused the first ecstasy after eleven minutes with the 1-0 before substitute Havard Nielsen (80th) equalized.

But with his goal in the 92nd minute, Kevin Kraus gave the promoted team the first three points right at the start of the season. "We put our hearts on the pitch and showed a lot of mentality," said the goal scorer and praised the support of the fans: "You could already feel what you can do here in the last few weeks of last season. You can feel what FCK of the region means. If you throw everything in here in front of a full house, you get it right back."

A good 40,000 spectators made the second division return of the four-time German champions after four years an atmospheric celebration. Nevertheless, players and those responsible slowed down the euphoria. "There's no need to celebrate now. Those were three points out of 40 that we want to get," said Kraus.

Managing director Thomas Hengen also knew how to correctly classify the 90 intensive minutes. "Of course you couldn't wish for a more perfect ending at the start, but we have to admit that a point for Hannover would have been deserved. They showed us in the second half how football is played in the 2nd division," stressed Hengen . The assessment of trainer Dirk Schuster was similar. "It was a bit lucky that it was enough for three points in the end, you have to admit that," said the 54-year-old.

But Schuster was very satisfied with his team's performance against an ambitious opponent. "We have to come through physicality if we want to meet such technically good teams at eye level. That's only possible through community, through duels, through running strength and a lot of tactical discipline. We did that against Hannover," praised the FCK coach and added: "Of course we are happy and proud that we were able to score the first three points of the season and send all FCK fans in the stadium and on the televisions happy into the night." 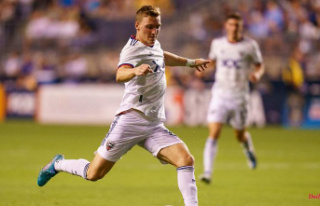