The Ukraine war and the World Cup: No propaganda show by the Z swimmers

The Russian attack on Ukraine also changed the world of sports. 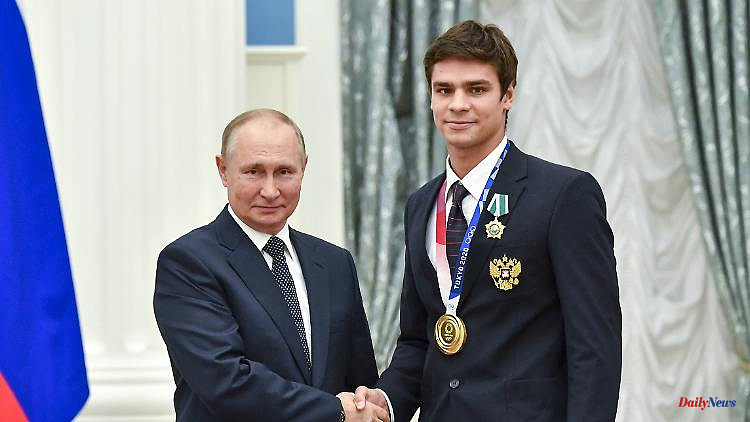 The Russian attack on Ukraine also changed the world of sports. Most of the federations have excluded Russian athletes from their competitions. No Russians will start at the swimming world championships either. A former German top athlete sees "both sides of the coin" when excluded.

Olympic champion Florian Wellbrock found out about the effects of the Russian war of aggression in Ukraine on swimming from a person directly affected. The Ukrainian top athlete and Wellbrock competitor Michailo Romantschuk prepared for the World Championships in Magdeburg at the invitation of the 24-year-old. Romantschuk came to Germany "when his last training hall with a 50-meter pool was bombed," said Wellbrock. Because of the invasion of the neighboring country, Russian athletes are not welcome at the World Cup in Budapest from this Friday.

Wellbrock does not want to publicly evaluate the exclusion. His team-mate Lukas Märtens comments: "I'm fully behind it. In Michailo Romantschuk we have someone here who reported first-hand what happened in Ukraine."

The world association Fina took a relatively long time to decide that no athletes from Russia and Belarus were allowed to start in the Hungarian capital. So long that the German Swimming Association, among others, had already built up pressure. DSV had threatened a World Cup boycott if Russia were allowed to take part. Under the original rules, it would have been possible to start in the pool, open water, diving, water polo and synchronized swimming competitions under a neutral flag.

In terms of sport, the absence of the Russians has a major impact. The strong swimming nation took third place behind China and the USA in the medal table at the past World Championships. There were three gold medals in the pool swimming competitions. In synchronized swimming, Russian women even won nine out of ten titles.

The former world-class water jumper Patrick Hausding takes a differentiated view of the exclusion of the Russian athletes. He also shows compassion for the athletes. "You have to see both sides of the coin. The Russian jumpers are definitely not on the road for political reasons. That's why I kind of feel sorry for them," said the record European champion. "On the other hand, if you don't make collective decisions, it looks like everything is fine, and it's not."

The 33-year-old Berliner said: "I can't assess the role played by Russian sport in the Ukraine war. I know that Ukrainian jumpers were in contact with Russian jumpers when the war broke out. The Russians did too said they were sorry for what was happening."

However, some athletes are also involved in the propaganda of Russian President Vladimir Putin or volunteer there. Backstroke Olympic champion Yevgeny Rylov took part in a pro-war rally at Luzhniki Stadium in Moscow.

The 25-year-old wore a "Z" in the national colors of Russia on his chest next to his medals from the Olympic Games in Tokyo. The letter is a nationalist symbol in view of the war and is emblazoned on Russian military vehicles operating in Ukraine. He and other Russian swimmers don't have the chance to spread such messages at sporting events at the World Championships and in the foreseeable future also at other international events.

1 Next climate statement: Vettel protests against Canada's... 2 Ridicule, despair and fear: the European giants are... 3 Spectacular victory in Halle: Otte mutated into Germany's... 4 Speedster alert at the international match: "Ernie"... 5 Blown against facade: kitesurfer dies in storm in... 6 Murders in the Amazon: representation of Brazil's... 7 Corona break ended: great sigh of relief on the fjord... 8 Rival slain?: Police are looking for a fugitive violent... 9 Fire out of control: forest fire in Brandenburg: district... 10 Trip with Jill: US President Biden falls off his bike 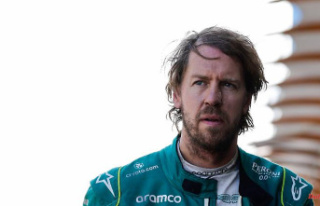