The US team's 'Most Significant Goal': The Tragic Story of Soccer Hero Joe Gaetjen

His 1-0 winning goal in the 1950 World Cup game against England is considered "the most important goal in US soccer history". 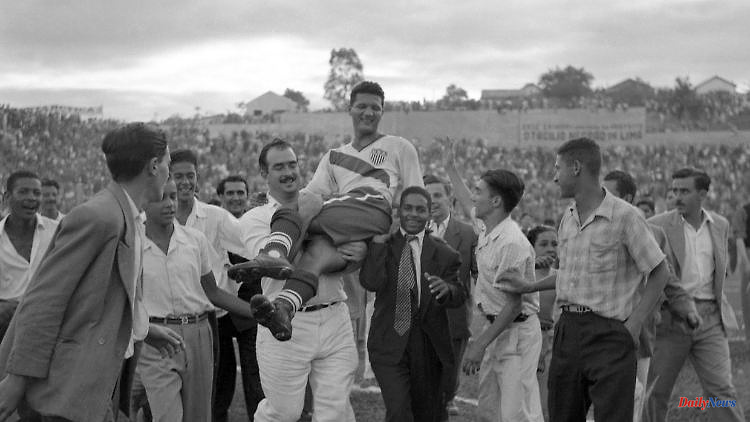 His 1-0 winning goal in the 1950 World Cup game against England is considered "the most important goal in US soccer history". It also caused one of the biggest World Cup sensations. But fame didn't save Joe Gaetjens from dying in his native Haiti.

The history of the USA men's national team is not full of outstanding moments. The greatest success was a third place in Uruguay in 1930, when 13 nations met for the first time at a world championship. Anyone who means well with the Americans can also mention the World Cup quarterfinals in 2002, when a strong US team despaired of an even stronger Oliver Kahn in the German goal and lost 0:1.

And then there was the preliminary round match on June 29, 1950 in Belo Horizonte. Opponents England, although making their World Cup debut, were among the tournament favorites and had won 23 of their 30 games since the end of the Second World War. And England had Stanley Matthews, one of the best players of the time. But the right winger, who was to become the first "European Footballer of the Year" in 1956, was not even used in this match. Coach Walter Winterbottom wanted to spare him for later, more important games against heavier opponents.

Because what should happen against this US team that was a collection of semi-professionals? For example, there was midfielder Walter Bahr, who worked as a physical education teacher at a Philadelphia high school. "I don't know anyone who was able to make a living from football back then. Everyone had a job," Bahr told ESPN. Goalkeeper Frank Borghi was employed as a hearse driver at his uncle's funeral home. And forward Joe Gaetjens, who came to New York from Haiti in 1947 to study accounting at Columbia University there, received $25 a game from Brookhattan, an American Soccer League club. But since that wasn't enough to make a living, he earned extra money washing dishes at Rudy's Café, a restaurant owned by Brookhattan owner Eugene "Rudy" Diaz in Harlem.

Like two other players, Gaetjens did not yet have US citizenship. But he had requested at least one. At the time, that was enough to be allowed to compete for the Americans in Brazil. Especially since the USA could urgently use a strong offensive player. At the Summer Games in London in 1948 there was a 0:9 against Italy. Friendly debacles against Norway (0:11) and Northern Ireland (0:5) followed. "Joe was someone who was great with the ball. Someone you're like, 'I don't know how he does it, but he always finds a way to score a goal,'" Bahr said in an ESPN documentary about Gaetjens.

And this Joseph Eduard Gaetjens, whose great-grandfather Thomas emigrated from Bremen to Haiti in 1825, also found a way to put the ball in the net in the World Cup preliminary round match against England. In the 38th minute he converted a cross from Bahr with a diving header. It should be the only goal of the game. ESPN calls it "the most significant goal in US soccer history." The Americans were eliminated in Brazil after two defeats against Spain and Chile as the group's bottom. Nevertheless, this 1-0 win against England is still considered one of the greatest sensations in World Cup history. Before the seemingly hopeless duel, US national coach Bill Jeffrey had described his team as "sheep" who were "ready for slaughter".

There is no video footage of Gaetjens' goal and only a photo showing the ball behind England goalkeeper Bert Williams. Another shot shows Gaetjens being carried on the shoulders of fans through Belo Horizonte's Estádio Independência.

The goal made Gaetjens famous not only in the US but also in Haiti. And when Gaetjens returned to his homeland in 1953, he was celebrated there as a national hero. "The best player in Haiti, the United States and the whole world," read a poster at the airport in the capital, Port-au-Prince. "Thousands of people were waiting for him there. And on the way home he was escorted by many cars," recalls his sister Mireille Gaetjens Cassagnol.

Gaetjens opened two launderettes in Port-au-Prince, got married, had three sons and enjoyed being asked about his goal against England from time to time. He lived a happy life. But that should change soon. François Duvalier won the 1957 presidential election. A doctor who, after surviving a coup attempt, set up a military dictatorship a year later and took merciless action against his opponents. Particularly feared was his Tonton Macoute, a militia known for their brutality, which intimidated people, arrested them for no reason and killed them.

Joe Gaetjens was not politically active, but his brother Gérard had worked as an advisor for Duvalier's opponent Louis Déjoie in the 1957 presidential election. And his other two brothers, Jean-Pierre and Fred, after fleeing exile to the neighboring Dominican Republic, worked actively in the resistance against Duvalier.

Family members were therefore concerned about Joe Gaetjens and asked him several times to leave the country. But he refused, citing his political neutrality and his reputation. On the evening of July 7, 1964, he received a final warning that "the entire Gaetjens family would be arrested the next day." But again he remained stubborn. A fatal mistake.

On the afternoon of July 8, 1964, as Gaetjens drove up to his dry cleaner's on Avenue John Brown in his blue station wagon, he was arrested at gunpoint by two Tonton Macoute members. His eldest son, Lesly, was seven at the time. Gaetjens Jr. says he prayed every night that his father would come back. That he would suddenly reappear and that this emptiness would finally be over.

But the father did not return. He was imprisoned in the notorious Fort Dimanche prison in Port-au-Prince - without charge and without a trial. The conditions in the detention center were inhumane. Up to 40 people were squeezed into cells measuring three by four meters. Many died of malnutrition, as a result of brutal torture, or were murdered. More than 3,000 prisoners died at Fort Dimanche. Joe Gaetjens was one of them. "I believe in God. And I forgive everyone. But I don't forgive Duvalier. Because he murdered my brother," says Gaetjen's sister Mireille

The exact date of death and the cause of death are still unclear. It is said that Joe Gaetjens probably died there in July 1964, a few days after his admission. His family lived in uncertainty for eight long years. She hoped and prayed. It wasn't until the spring of 1972 that it was confirmed that Joe Gaetjens was dead. 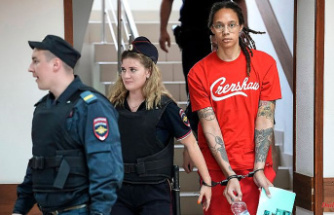 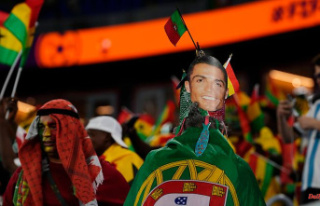 The diary of the World Cup in Qatar: hysteria about...