'They give the last drop of blood': Ukraine coach dedicates victory to armed forces

With a 3-1 win in Scotland, Ukraine cleared the penultimate hurdle before the World Cup in Qatar. 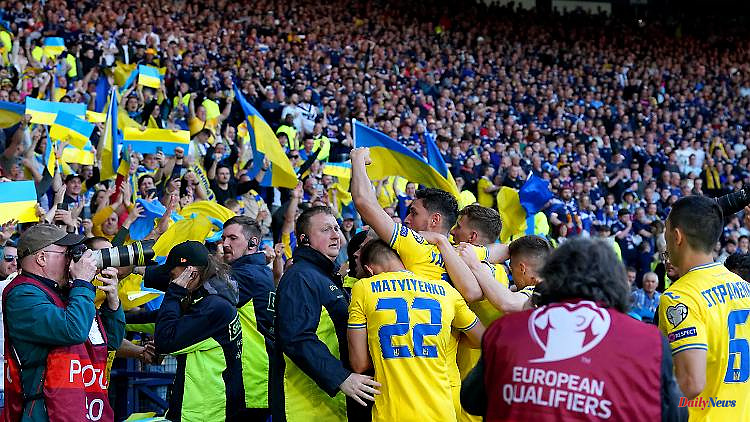 With a 3-1 win in Scotland, Ukraine cleared the penultimate hurdle before the World Cup in Qatar. It is her first competitive game in a long time. After the final whistle, thoughts immediately turn to the war in their home country.

National coach Oleksandr Petrakov dedicated Ukraine's victory over Scotland in the playoff semifinals for the World Cup to the soldiers at home. The 3-1 win in Glasgow on Wednesday night was "for the forces in the trenches and hospitals giving their last drops of blood, for those in Ukraine who are suffering every day," he said, according to the AP news agency.

The team around Manchester City star Oleksandr Zinchenko won against Scotland 3-1 (1-0) after a strong performance overall. On Sunday (6 p.m. in the live ticker on ntv.de) the Ukrainians will play in Wales for the last European ticket for the World Cup at the end of the year.

Andriy Yarmolenko, who plays for West Ham United in the Premier League, put the visitors ahead at Hampden Park in the 33rd minute; Benfica pro Roman Yaremchuk headed the lead to make it 2-0 shortly after the break (49'), Artjom Dowbyk scored the final score in the fifth minute of added time. After Callum McGregor's goal to make it 1-2 (80'), the Bravehearts felt renewed hope.

"Everyone knows about the situation in Ukraine," said Zinchenko after the game, "every game is like a final for us. We have to win one more game and bring the performance of our lives, otherwise this game today means nothing."

For Scotland, on the other hand, their dream of playing their first World Cup since 1998 ended in front of their home crowd. "I'm suffering, the coaching staff is suffering and the players are suffering more than anyone else," said Scotland coach Steve Clarke. "The best team won the game."

The game in Scotland was the first competitive game for the Ukrainian national team since the beginning of the war at the end of February. Should the side qualify for the World Cup by beating Wales, they would meet England, Iran and the USA in Group B in the preliminary round.

Despite the defeat, many Scots fans stayed in the stadium and gave the Ukrainians a round of applause, just as they did before the game started. "I have to express my gratitude to the people of Scotland - an incredibly hospitable place," Petrakow said.

1 Saxony-Anhalt: Five kilograms of cannabis: owner arrested... 2 The night of the war at a glance: Russians on the... 3 "Very modern, very effective": The German... 4 "It wasn't my suggestion": Merz feels... 5 Baden-Württemberg: Initially no further cases of... 6 Three percent inflation also in 2023: Banks are forecasting... 7 Mecklenburg-Western Pomerania: burglary in the station... 8 Thuringia: RKI: incidence in Thuringia at 80.7 9 Saxony-Anhalt: RKI: Incidence in Saxony-Anhalt at... 10 Saxony: RKI: incidence in Saxony at 116.9 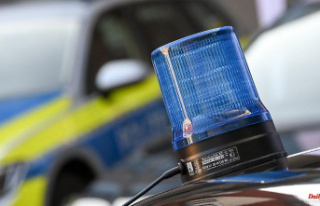